Having a baby should be one of the most joyful times in a person’s life.

But records show that Black women, and women of color, are much more likely to die due to childbirth-related complications than white women, or to suffer from medical complications.

In an effort to combat maternal morbidity, the Massachusetts legislature recently passed a bill creating a maternal health commission, which received Gov. Charlie Baker’s approval in mid-January. The new commission is tasked with finding ways to eliminate or reduce racial disparities when it comes to maternal health.

“Even with the best institutions in the world right here in the Commonwealth, maternal mortality is still a public health crisis that impacts all women, but particularly Black women who die at twice the rate of white women in Massachusetts,” state Sen. Liz Miranda, who represents parts of Dorchester and Roxbury, said in a press release from Senate President Karen Spilka when the bill cleared the legislature.

“America’s maternal mortality rates are among the highest in the developed world, and they are especially high among Black mothers, who die from complications related to pregnancy at roughly two to three times the rate of white, Hispanic, Asian American, and Pacific Islander women — regardless of their income or education levels,” Biden said in the proclamation.

A look at statistics

In the United States, the number of women who have died related to complications from childbirth has increased since 2000, according to state Rep. Kay Khan.

“It should not be more dangerous for 21st century women to give birth than when their grandmothers delivered many decades ago,” Khan said in a 2019 blog post about the proposed maternal health commission. “The tragic, preventable deaths of mothers of color represent systemic failures in our health care system. The Commonwealth absolutely must do more to address this public health crisis.”

Black women are also much more likely to experience a “severe maternal morbidity” event, or SMM, compared to white women, according to the American Journal of Managed Care. For every maternal death, there are roughly 70 SMM incidents that the AJMC said “are considered ‘near misses.’”

“Over the past 20 years, cases of SMM have increased by over 200%, while cases disproportionately affect Black women,” the AJMC said. “One study found Black women experienced SMM at a rate 2.1 times greater than that of white women.”

The article notes that healthcare providers should take into account social factors when looking at someone’s health, including trauma, stress, violence in their neighborhood, healthcare access, and food insecurity.

During Black Maternal Health Week, U.S. Rep. Cori Bush, who represents part of Misssouri, described how she went into labor with her son at just five months pregnant.

“When I was 5 months pregnant with my first child, I was in so much pain,” she said on Twitter. “But my doctors refused to believe me. I ended up going into labor.

“My son spent the first days of his life on a ventilator, in an incubator, fighting for his life. He just celebrated his 21st birthday, but so many Black children, so many Black mothers, haven’t survived.”

She called the issue a “crisis,” noting that it’s been worse due to the pandemic.

It’s Black Maternal Health Week, so I want to share my story.

When I was 5 months pregnant with my first child, I was in so much pain. But my doctors refused to believe me. I ended up going into labor.

My son spent the first days of his life on a ventilator, in an incubator, fighting for his life. He just celebrated his 21st birthday, but so many Black children, so many Black mothers, haven’t survived.

“Structural racism is a public health issue, and it’s led to a crisis in Black maternal mortality,” she said earlier this month on Twitter. “That is shameful. #BlackMaternalHealthWeek is a chance for us to commit to tackling this crisis head on.”

Structural racism is a public health issue, and it’s led to a crisis in Black maternal mortality. That is shameful. #BlackMaternalHealthWeek is a chance for us to commit to tackling this crisis head on. https://t.co/WxVm56TGOB

Warren had written an op-ed for Essence magazine in April 2019 about maternal mortality, noting that about 700 women die each year due to complications during pregnancy or delivery. It’s gotten worse over the last quarter century, and for Black moms in rural areas, “it’s an epidemic,” Warren said.

She said one of the top reasons why is racism.

“In a detailed report, ProPublica found that the vast majority of maternal deaths are preventable, but decades of racism and discrimination mean that, too often, doctors and nurses don’t hear Black women’s health issues the same way they hear them from other women,” Warren wrote.

To address these issues, Warren called for structural change, some of which is being done through groups like March of Dimes or Black Mamas Matter Alliance.

She also called for changes in the healthcare system at the time, and said part of that could include systems being held accountable for what happens to a patient.

“In all of these decisions, women who have given birth, experienced complications, and lost babies – particularly women of color – and family members who have lost loved ones should not just be at the table: they should be calling the shots,” she said.

Overall, outside of Black maternal health, there are deep disparities in healthcare for Black people in the United States.

In a recent interview with 60 Minutes, Harvard professor David Williams said more than 200 Black people suffer premature death every day. And it doesn’t have to do with socioeconomic background or their level of education – a Black woman with a college degree is more likely to suffer the loss of a child during infancy than a white woman without a high school diploma.

“One researcher coined the term ‘weathering’ to describe what is happening to African Americans,” Williams said. “Imagine a drop of water falling from the rooftop of this building to the concrete sidewalk below. If the water drips today, it’s no big deal. But if day in, day out, week in, week out, year in, year out there is a constant drip, drip, drip of water, the sidewalk, the concrete below would become weathered. It becomes eroded by the constant exposure to adversity. And so what the research is suggesting [is] that all of these stressors are weathering African Americans in the same way.”

What Massachusetts is doing

The new commission tasked with finding ways to break down the inequities faced by Black mothers is planned to have 25 members. It will look at what other states are doing, and organizations, to help “to reduce or eliminate racial inequities in maternal health or severe maternal morbidity, including, among other approaches, culturally competent and affordable doula services.”

Members of the commission will look at difficulties with accessing care both during pregnancy and after delivery, as well as how racism – historically, as well as institutionally, individually, and structurally – “affects maternal mortality as well as potential solutions, such as bias training in hospital facilities and birthing centers.”

The group will look at any state data on maternal morbidity and mortality, and potential other data.

“Black people giving birth in Massachusetts are twice as likely as white people to die due to complications during and after childbirth,” state Sen. Becca Rausch said in the release. “We cannot allow that to stand, nor can we tackle a problem without understanding the full extent of its impact.” 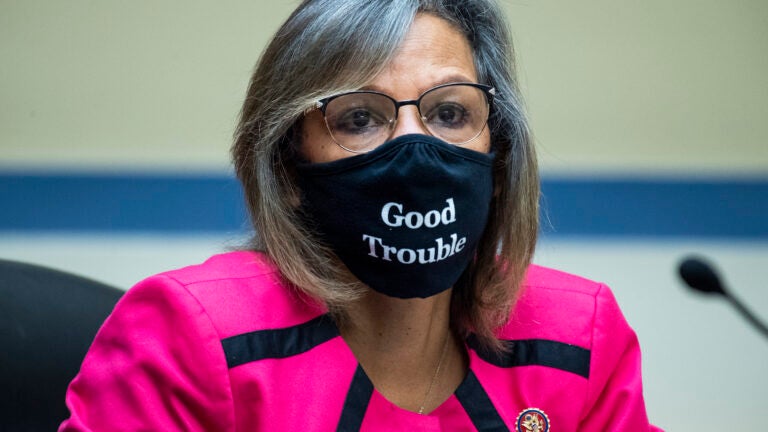