A few weeks ago, Goudarz Molaei went on a research expedition to a wooded coastal area in southwestern Connecticut. Within minutes, droves of troublesome residents of the area were crawling across his coveralls. He was covered in ticks.

Molaei, who directs the Connecticut Agricultural Experiment Station’s tick surveillance and testing program, collected as many as he could and took them back to his lab. The final tally: more than 200 of the tiny, parasitic arachnids.

The experience was “quite disconcerting,” he said, and in line with predictions that we’re in for a bad tick year. “We have to be extremely vigilant,” he said. “We’re going to have higher than average tick activity this year.”

That’s partly because of the weather: The mild winter and early spring — plus generous rainfall — promoted tick activity, said Michael Bentley, an entomologist and the director of training and education for the National Pest Management Association. Plus, as the coronavirus pandemic lingers, people are spending lots of time outside: on trails, in campgrounds or just lounging in the backyard.

“Everybody has taken advantage of being outdoors, which is great,” Bentley said. “But it increases the likelihood of tick encounters. It’s kind of this perfect storm of all these different conditions that could put people more at risk of encountering ticks than they would have been in years past.”

Here’s what to know to protect yourself from tick bites.

There are certain times of year when ticks are most active and “looking for a host to have a blood meal,” said Grace Marx, a medical epidemiologist at the Centers for Disease Control and Prevention. March, April, May and June are prime tick months, and there’s typically a peak in Lyme disease cases in June and July.

However, experts noted that ticks are becoming a year-round threat. “It seems that every season is tick season,” Molaei said. His laboratory encourages Connecticut residents to submit ticks for identification or testing. Years ago, he would receive 50 samples between December and mid-March. Now, it’s closer to 800. That highlights the importance of staying proactive year-round to protect against tickborne disease, he said.

Which ticks are the most dangerous

While there are dozens of tick species in the United States, three spread the majority of tickborne diseases. The one responsible for the most illness is the blacklegged tick, also known as the deer tick, which spreads Lyme disease.

Blacklegged ticks, which are brown to reddish-orange and about the size of a sesame seed, have a “broad geographic range across much of the eastern United States,” Marx said, and are also found in the Upper Midwest. Last month — in news that many found surprising — research published in the journal of Applied and Environmental Microbiology reported that blacklegged ticks were abundant near beaches in Northern California.

Lyme disease accounts for 70% to 80% of all tickborne diseases, said Marx. While Lyme disease can often be treated successfully with antibiotics, it has been linked with arthritis and cardiac and neurological problems. Nearly 480,000 people in the United States are treated for it each year, according to the CDC, though it’s difficult to pinpoint the exact prevalence, because the disease can be hard to diagnose.

The blacklegged tick can also cause anaplasmosis (which leads to such symptoms as fever, headache and chills), Powassan virus disease (which can cause encephalitis) and babesiosis, a rare infection of the red blood cells.

Another species, the Lone Star tick, is particularly common in the South. It’s an aggressive tick that can be identified by a white dot — a “lone star” — on its back. It causes diseases such as tularemia and Southern tick-associated rash illness.

The American dog tick, which is most prevalent east of the Rocky Mountains, is brown with grayish markings and sometimes called a wood tick. It transmits Rocky Mountain spotted fever, “which can be rapidly fatal,” Marx said.

While they’re not yet among the most common, Molaei is worried about newer tick species, such as the Asian long-horned tick — many of which he found on himself during that recent outing to the Connecticut woods (the others were Lone Star ticks). Asian long-horned ticks, which are reddish-brown, were reported in the United States for the first time in 2017, and it’s not unusual to find thousands at a time. The ticks are known to cause anemia in livestock, Molaei said, and will “almost certainly cause major disruption to the livestock industry.” The potential risk to humans is high, he said — the ticks spread harmful pathogens in Asia, including hemorrhagic fever. But it’s still unclear if they’ll transmit disease to humans in the United States and, if so, what kind.

How to be safe outdoors

You’re at risk of encountering ticks any time you’re outside; they’re “really effective at finding and latching onto a host, and hitching a ride,” Bentley said. But ticks especially thrive in areas with thick vegetation and tall grasses.

If you can’t avoid such places, walk in the center of trails if possible and dress appropriately: Experts advise wearing long-sleeved shirts and long pants in light colors that help make ticks extra visible. Tucking your pants into your socks can block ticks’ easy access to your skin, and hats can keep them out of your hair.

Marx recommends treating your clothes and gear with an insecticide that contains at least 0.5 percent permethrin, which is nontoxic to humans. Or, she said, you can buy clothes that have been pretreated with permethrin.

When you get home from a hike or another outdoor activity, check yourself thoroughly for ticks, and do the same for family members and pets. Take a shower right away: “You can wash off those ticks before they get attached,” Marx said. And toss the clothing you wore outside into the dryer for at least 10 minutes on high heat, she advised. That will kill any ticks you might have picked up.

Some pathogens can be transmitted just minutes after a tick attaches to a human, Marx said. But the pathogen that causes Lyme disease can’t be transmitted until the tick has been attached for at least 24 hours — “and we think that most transmission actually occurs after 36 hours.” That’s why it’s important to check for ticks immediately after being outside. The sooner you remove a tick, the better.

Getting rid of the ticks

The key to removal is to use tweezers or another fine-toothed forceps, rather than something more clunky like scissors. “Grab as close to the skin as possible, squeeze and lift straight up,” Bentley said. Be careful not to twist the tick or dig around, which could cause parts of it to break off and get stuck in your skin.

Bentley has heard about other home treatments for removing ticks, like spreading cayenne pepper on one and waiting for it to fall off. Ignore them. “Don’t do whatever weird things the internet is recommending,” he said. “Just get fine-toothed forceps. It takes two seconds to pull out, and you’re good to go.”

Dispose of ticks by putting them in a sealed bag, wrapping them in tape or flushing them down the toilet.

When to see a doctor about a tick bite

Most tick bites don’t result in a tickborne disease, but some are considered riskier than others, Marx said, such as bites experienced in areas where there’s a high concentration of Lyme disease. In those cases, if the tick was attached for at least 36 hours, doctors will often prescribe a single dose of the antibiotic doxycycline as a preventive measure.

No matter where you live, if you develop a rash or fever within a few weeks of removing a tick, see a doctor.

The most important advice, Molaei said, is to remain aware of the threat ticks pose and take action accordingly. “What we’re seeing [this year] magnifies the scope of the problem we’re going to have with ticks and tickborne diseases,” he said. “We have to be mindful of these things.” 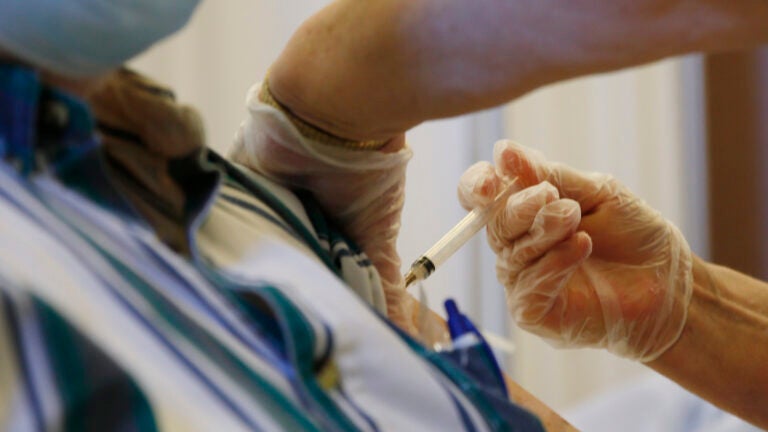