We all know that lifting weights can build our muscles. But by changing the inner workings of cells, weight training may also shrink fat, according to an enlightening new study of the molecular underpinnings of resistance exercise. The study, which involved mice and people, found that after weight training, muscles create and release little bubbles of genetic material that can flow to fat cells, jump-starting processes there related to fat burning.

The results add to mounting scientific evidence that resistance exercise has unique benefits for fat loss. They also underscore how extensive and interconnected the internal effects of exercise can be.

Many of us pigeonhole resistance training as muscle building, and with good reason. Lifting weights — or working against our body weight as we bob through pushups, squats or chair dips — will noticeably boost our muscles’ size and strength. But a growing number of studies suggest that weight training also reshapes our metabolisms and waistlines.

In recent experiments, weight workouts goosed energy expenditure and fat burning for at least 24 hours afterward in young women, overweight men and athletes. Likewise, in a study I covered earlier this month, people who occasionally lifted weights were far less likely to become obese than those who never lifted.

But how weight training revamps body fat remains murky. Part of the effect occurs because muscle is metabolically active and burns calories, so adding muscle mass by lifting should increase energy expenditure and resting metabolic rates. After six months of heavy lifting, for example, muscles will burn more calories just because they are larger. But that does not fully explain the effect, because adding muscle mass requires time and repetition, while some of the metabolic effects of weight training on fat stores seem to occur immediately after exercise.

Perhaps, then, something happens at a molecular level right after resistance workouts that targets fat cells, a hypothesis that a group of scientists at the University of Kentucky in Lexington, the University of Nebraska-Lincoln and other institutions recently decided to investigate.

The researchers had been studying muscle health for years but had grown increasingly interested in other tissues, especially fat. Maybe, they speculated, muscles and fat chatted together amiably after a workout.

In the past decade, the idea that cells and tissues communicate across the expanse of our bodies has become widely accepted, though the complexity of the interactions remains boggling. Sophisticated experiments show that muscles, for instance, release a cascade of hormones and other proteins after exercise that enter the bloodstream, course along to various organs and trigger biochemical reactions there, in a process known as cellular crosstalk.

Our tissues also may pump out tiny bubbles, known as vesicles, during crosstalk. Once considered microscopic trash bags stuffed with cellular debris, vesicles now are known to contain active, healthy genetic material and other substances. Released into the bloodstream, they relay this biological matter from one tissue to another, like minuscule messages in bottles.

Intriguingly, some experiments indicate that aerobic exercise prompts muscles to release such vesicles, conveying a variety of messages. But few studies had looked into whether resistance exercise might also result in vesicle formation and intertissue chatter.

So for the new study, which was published in May in The FASEB Journal, from the Federation of American Societies for Experimental Biology, the researchers decided to examine the cells of bodybuilding mice. They first experimentally incapacitated several of the leg muscles in healthy adult mice, leaving a single muscle to carry all the physical demands of movement. That muscle swiftly hypertrophied, or bulked up, providing an accelerated version of resistance training.

Before and after that process, the researchers drew blood, biopsied tissues, centrifuged fluids and microscopically searched for vesicles and other molecular changes in the tissues.

They noted plenty. Before their improvised weight training, the rodents’ leg muscles had teemed with a particular snippet of genetic material, known as miR-1, that modulates muscle growth. In normal, untrained muscles, miR-1, one of a group of tiny strands of genetic material known as microRNA, keeps a brake on muscle building.

After the rodents’ resistance exercise, which consisted of walking around, though, the animals’ leg muscles appeared depleted of miR-1. At the same time, the vesicles in their bloodstream now thronged with the stuff, as did nearby fat tissue. It seems, the scientists concluded, that the animals’ muscle cells somehow packed those bits of microRNA that retard hypertrophy into vesicles and posted them to neighboring fat cells, which then allowed the muscles immediately to grow.

But what was the miR-1 doing to the fat once it arrived, the scientist wondered? To find out, they marked vesicles from weight-trained mice with a fluorescent dye, injected them into untrained animals and tracked the glowing bubbles’ paths. The vesicles homed in on fat, the scientists saw, then dissolved and deposited their miR-1 cargo there.

Soon after, some of the genes in the fat cells went into overdrive. These genes help direct the breakdown of fat into fatty acids, which other cells then can use as fuel, reducing fat stores. In effect, weight training was shrinking fat in mice by creating vesicles in muscles that, through genetic signals, told the fat it was time to break itself apart.

“The process was just remarkable,” said John J. McCarthy, a professor of physiology at the University of Kentucky, who was an author of the study with his then graduate student Ivan J. Vechetti Jr. and other colleagues.

Mice are not people, though. So as a final facet of the study, the scientists gathered blood and tissue from healthy men and women who had performed a single, fatiguing lower-body weight workout and confirmed that, as in mice, miR-1 levels in the volunteers’ muscles dropped after their lifting, while the quantity of miR-1-containing vesicles in their bloodstreams soared.

Of course, the study mostly involved mice and was not designed to tell us how often or intensely we should lift to maximize vesicle output and fat burn. But even so, the results serve as a bracing reminder that “muscle mass is vitally important for metabolic health,” McCarthy said, and that we start building that mass and getting our tissues talking every time we hoist a weight. 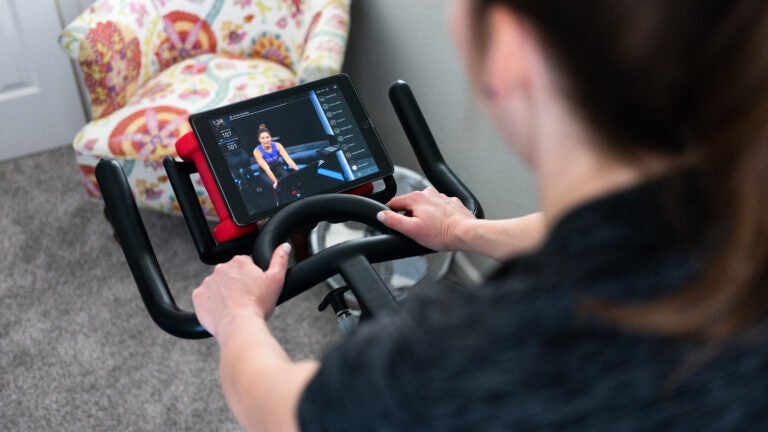 Your workout burns fewer calories than you think