LGBTQ youth are experiencing discrimination and mistreatment at higher rates while in the hands of the state’s child welfare system, according to a new report from the Massachusetts Commission on LGBTQ Youth.

The report references local and national data, interviews with current and former foster children and parents, and information from stakeholders, which all paint a bleak picture of life as an openly LGBTQ youth in state care. Among the many recommendations for improvement was rigorous data collection, as the report noted that agency-specific data on LGBTQ youth is largely unavailable.

Commission Chair Sasha Goodfriend wrote that it’s unusual for the commission to issue a report on the youth in a single state system, but did so because “the status quo for LGBTQ youth” in the care of the Department of Children and Families “is an emergency.”

“LGBTQ youth are suffering from a lack of safe, effective, and affirming services,” she wrote. “The Commission routinely hears stories of discrimination against and mistreatment of LGBTQ youth and their families by child welfare professionals. As distressing as the stories we hear are, we worry even more about those youth whose voices are silent.”

The report noted several “alarming” findings, including failures to keep LGBTQ foster youth safe, especially in group care; significant threats to youth wellbeing, such as limited access to healthcare and education; and poor rates of youth being permanently placed, leading to frequent moves and challenging transitions to adulthood. It also referenced many instances of DCF staff misgendering youth and failing to seek gender-affirming healthcare, or even haircuts, for LGBTQ youth.

“The resulting harm is profound and sometimes irreversible,” the report reads. “It falls particularly heavily on Black and Brown youth and transgender youth, who encounter disparate access to resources and persistent biases throughout the child welfare system.”

A DCF spokeswoman told The Boston Globe the agency is working with the Office of the Child Advocate and the Legislature to improve the department’s data on sexual orientation and gender identity, and continuing to recruit foster parents to care for “all children with specialized needs, including LBGTQ children.”

“LGTBQ children face unique challenges in their biological families, in foster care, and in the community, and DCF remains steadfast in its commitment to meet their needs while they are involved with the department,” the spokeswoman said in a statement.

Shaplaie Brooks, program director of the BUILD program at Roxbury Youthworks, works with transgender and gender-nonconforming youth who have been victims of sexual exploitation, and told the Globe she often hears youth mistakenly gendered by DCF staff.

“What we’ve noticed is that [the department] is clearly uninformed as it relates to LGBTQ youth,” Brooks said. “I think some of the struggles are with personal biases. But then also there is the struggle of being uninformed or misinformed.”

The report encourages immediate action on a host of policy, training, and health recommendations to quickly improve conditions and reduce harm.

“No child’s journey to adulthood should include violence, threats to their wellbeing, or disruption due to their sexual orientation or gender identity,” the report reads. “Massachusetts has the opportunity to reverse course and emerge as a leader for LGBTQ youth in child welfare. Doing so requires decisive and sustained action by DCF leadership, other state agencies, and the Legislature. It will require the state to collect and analyze data, implement new policies, provide sufficient training and resources, and engage in systemic changes. LGBTQ youth cannot wait any longer. Neither should we.” 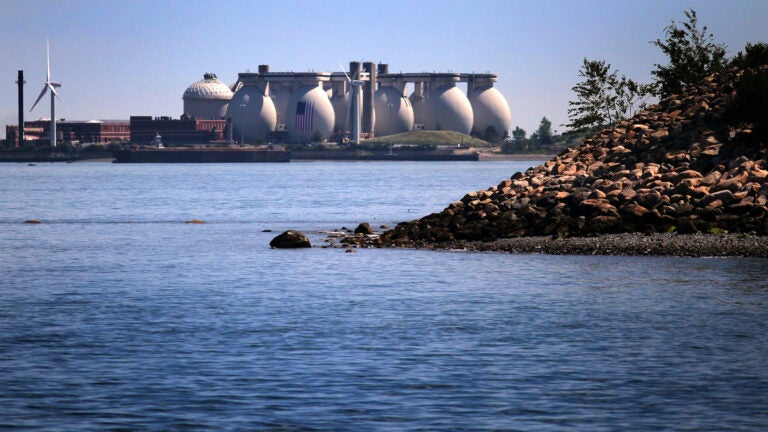