If you could have just one superpower, flight or invisibility, which would you choose? And would your answer change if you could become invisible to mosquitoes?

Sure, you might never soar among eagles or brush your cheek against a wisp of cloud. But you would also no longer flee from swarming clouds of mosquitoes, and you would be protected from the deadly diseases that the insects spread.

For the first time, scientists have used the gene-editing tool Crispr-Cas9 to render humans effectively invisible in the eyes of Aedes aegypti mosquitoes, which use dark visual cues to hunt, according to a paper recently published in the journal Current Biology. By eliminating two of that mosquito’s light-sensing receptors, the researchers knocked out its ability to visually target hosts.

“Nobody has studied this before,” said Neha Thakre, a postdoctoral researcher at the University of California, San Diego, who studies Crispr as a mosquito control tool. Thakre, who was not involved with the research, said she saw the study as a “great start” to understanding what controls mosquito vision.

Aedes aegypti is a salt-and-pepper scourge on humans across the world. The females, in search of the blood they need to lay their eggs, infect tens of millions of people each year with flaviviruses that lead to dengue, yellow fever and Zika.

“The better we understand how they sense the human, the better we can control the mosquito in an eco-friendly manner,” said Yinpeng Zhan, a postdoctoral researcher at the University of California, Santa Barbara, and the lead author on the paper.

Anopheles mosquitoes, which spread malaria, hunt at night, whereas Aedes aegypti hunts under the sun, at dawn and dusk. The species depends on a fleet of senses to find blood. A mere whiff of carbon dioxide, a sign that someone or something has just exhaled nearby, sends the mosquito into a frenzied flight.

“They can also detect some of the organic cues from our skin,” such as heat, humidity and stench, said Craig Montell, a neurobiologist at the University of California, Santa Barbara, and an author on the study. But if there is no suitable host, the mosquito will fly straight to the closest-seeming target: a dark spot.

In 1937, scientists observed that Aedes aegypti mosquitoes were specifically attracted to people with dark clothing. But the molecular mechanism by which mosquitoes visually sensed their targets was largely unknown.

Many experiments on mosquito vision take place in wind tunnels, large chambers that can cost tens of thousands of dollars. In prior experiments, mosquitoes placed in the wind tunnel and given a whiff of carbon dioxide chose to fly to a dark spot over a white one.

Montell’s lab does not have a wind tunnel, so Zhan designed an inexpensive setup — a cage with a black circle and a white circle inside — that cost less than $100 and delivered the same results as a wind tunnel. In the spring of 2019, Zhan conducted spot tests in the cage. In the fall, Jeff Riffell, a biologist at the University of Washington, along with Claire Rusch, a graduate student, and Diego Alonso San Alberto, a postdoctoral fellow, ran the same experiments using a wind tunnel to double-check the original results.

Montell and Zhan suspected that one of the five light-sensing proteins expressed in the mosquito’s eye might be the key to eliminating its ability to visually seek out human hosts by sensing dark colors. First, they decided to knock out the rhodopsin protein Op1. Op1, the most widely expressed vision protein in the mosquito’s compound eyes, seemed the best candidate for interfering with the mosquito’s vision. Zhan injected the mutation into thousands of tiny mosquito eggs using a tool with a special needle with a very tiny tip.

After his wee mutants had grown into adults, Zhan sucked 10 or so females into a tube using a mouth-controlled aspirator. With each group, he held his breath, walked over to the cage and released the females with one big exhale.

The Op1 mutants behaved exactly like the wild-type Aedes aegypti: After huffing carbon dioxide, they flew directly to the black dot in the cage. Montell and Zhan tried again, this time knocking out Op2, a closely related rhodopsin. Still, the Op2 mutants showed no meaningful decline in their vision.

But when the researchers knocked out both proteins, the mosquitoes whizzed around aimlessly, showing no preference between the white circle and black circles. They had lost their ability to seek dark-colored hosts.

Were the mosquitoes blind altogether, or just blind to people? To answer this question, Montell and Zhan ran a series of tests to see how the double mutants responded to light.

First, they tested whether the double mutants would move toward light. Next, they connected electrodes to the double mutants’ eyes to measure if the eyes displayed voltage changes in response to light. Finally, they placed the double mutants in rotating cylinders with vertical black and white stripes to see if the insects would walk in the direction of the moving stripes. The double mutants passed all three tests, although they had a weaker response than the wild types in the last two tests.

The mosquitoes were not blind, after all. “My first transgenic mosquito,” Zhan said proudly. “We had a happy ending.”

The new paper could inform future strategies to control mosquito populations. If female mosquitoes were unable to see hosts, they would have a harder time finding the blood required for their eggs to develop. “The population would crash,” Montell said.

The researchers have yet to expose the double mutants to hosts. If and when they do, Thakre is curious to know exactly how impaired vision affects the ability of mosquitoes to actually feed on blood, given the insects’ many other senses. “The thing you want to control is a mosquito bite,” Thakre said.

As climate change heats up regions of the planet, it lays out an unwelcome welcome mat for Aedes aegypti to enter new areas, including parts of China and North America.

“Every year there’s a pandemic from mosquito-borne diseases,” Montell said from his home in Santa Barbara. In California, Aedes aegypti was first spotted in 2011 in Los Angeles County and has now spread as far north as Sacramento. The mosquitoes will only continue to spread, their eggs glued to our suitcases and cars, awaiting the day when they hatch into adults and begin hunting, compound eyes wide open. 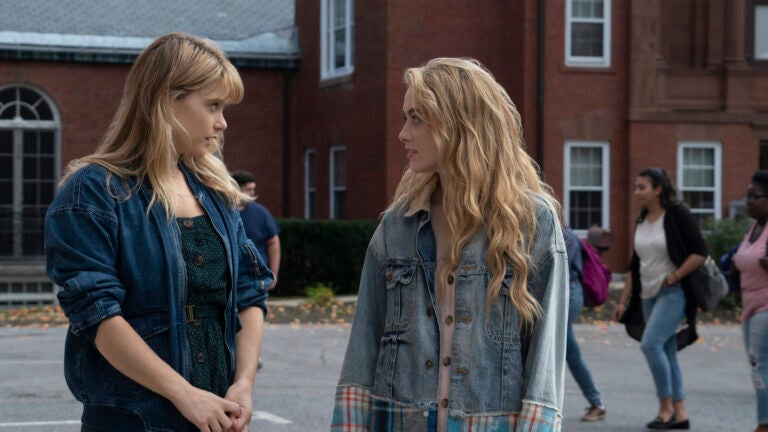