The nation is currently in a blood shortage, the worst shortage in over a decade, according to the American Red Cross.

In fact, due to the shortage, Brigham and Women’s Hospital has come up with a plan in case its blood levels get too low.

Nationally, there’s less than a one-day supply of some blood products, according to Kelly Isenor, a spokesperson for the American Red Cross of Massachusetts.

“To put that in perspective — ideally, the Red Cross likes to maintain a five-day blood supply at all times,” she said in an email.

The shortage has been ongoing for months, according to Dr. Richard Kaufman, medical director for the adult transfusion service at the Brigham. Currently, the hospital has enough blood to continue normally, he said.

Kaufman said part of the reason for the shortage is that hospitals are “kind of returning to normal activities as things have improved with COVID-19 admissions,” but there’s also been difficulty collecting blood.

“Only about 3 percent of people who are eligible donate blood,” he told Boston.com in a phone interview.

The Red Cross is currently capping the amount of blood hospitals can buy each day, Kaufman said. The organization also isn’t backfilling the hospital’s supply, say if there was a medical emergency that required a lot of blood. They’re distributing blood “as best they can.”

“They don’t have a reserve right now for emergencies,” Kaufman said.

Luckily, Mass General Brigham has its own donation programs, but there are many hospitals around the country that completely rely on the Red Cross or other blood collectors, according to Kaufman.

There are multiple reasons for the shortage, according to Isenor. These include about a 10 percent decline in donors since March 2020. The pandemic has also exacerbated the issue, from some places not allowing an outside agency like the Red Cross to use it for a drive, to staffing shortages that have been ongoing across the country in various industries. Sometimes a shortage of employees means the cancellation of a drive.

“The weather hasn’t helped either — since January 1, winter storms have forced the cancellation of approximately 600 blood drives nationwide, meaning nearly 20,000 blood and platelet donations had to go uncollected,” Isenor said.

To prepare for if the Mass General Brigham system faces a shortage, Kaufman said a committee has been formed that would help with choosing where the blood goes. He said the maneuver is similar to when clinicians had to pick where ventilators would go during the shortage early in the pandemic. The committee is made up of clinicians and experts in transfusion medicine.

The group would be tasked with reviewing a list of elective surgeries and choosing which ones could go through, and which would need to be delayed, he said.

“That group would try to make the best decisions to benefit the most people based on data,” Kaufman said.

He encouraged those who are eligible to donate blood. The Kraft Family Blood Donor Center is associated not just with the Brigham, but also Dana Farber. The phone number is 617-632-3206. 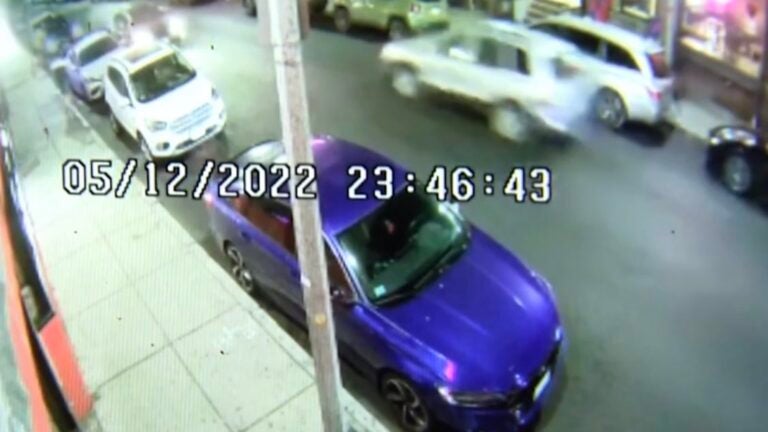 Woman was using phone, had no headlights on during fatal East Boston hit-and-run, prosecutors say