When W. Larry Kenney, a professor of physiology at Pennsylvania State University, began studying how extreme heat harms humans, his research focused on workers inside the disaster-stricken Three Mile Island nuclear plant, where temperatures were as high as 165 degrees Fahrenheit.

In the decades that followed, Kenney has looked at how heat stress affects a range of people in intense environments: football players, soldiers in protective suits, distance runners in the Sahara.

Of late, however, his research has focused on a more mundane subject: ordinary people. Doing everyday things. As climate change broils the planet.

Heat advisories and excessive heat warnings were in effect on Monday across much of the eastern interior of the United States, following a weekend of record-smashing heat in the country’s Southwest. The heat will move farther Northeast in the next few days, according to the National Weather Service, into the upper Mississippi Valley, western Great Lakes and Ohio Valley.

With severe heat waves now affecting swathes of the globe with frightening regularity, scientists are drilling down into the ways life in a hotter world will sicken and kill us. The aim is to get a better grip on how many more people will be afflicted by heat-related ailments, and how frequent and severe their suffering will be. And to understand how to better protect the most vulnerable.

One thing is for sure, scientists say: The heat waves of the past two decades are not good predictors of the risks that will confront us in the decades to come. Already, the link between greenhouse-gas emissions and sweltering temperatures is so clear that some researchers say there may soon no longer be any point trying to determine whether today’s most extreme heat waves could have happened two centuries ago, before humans started warming the planet. None of them could have.

And if global warming is not slowed, the hottest heat wave many people have ever experienced will simply be their new summertime norm, said Matthew Huber, a climate scientist at Purdue University. “It’s not going to be something you can escape.”

What is tougher for scientists to pin down, Huber said, is how these climatic shifts will affect human health and well-being on a large scale, particularly in the developing world, where huge numbers of people are already suffering but good data is scarce. Heat stress is the product of so many factors — humidity, sun, wind, hydration, clothing, physical fitness — and causes such a range of harms that projecting future effects with any precision is tricky.

There also have not been enough studies, Huber said, on living full time in a warmer world, instead of just experiencing the occasional roasting summer. “We don’t know what the long-term consequences of getting up every day, working for three hours in nearly deadly heat, sweating like crazy and then going back home are,” he said.

The growing urgency of these issues is drawing in researchers, like Kenney, who didn’t always think of themselves as climate scientists. For a recent study, he and his colleagues placed young, healthy men and women in specially designed chambers, where they pedaled an exercise bike at low intensity. Then the researchers dialed up the heat and humidity.

They found that their subjects started overheating dangerously at much lower “wet-bulb” temperatures — a measure that accounts for both heat and mugginess — than what they had expected based on previous theoretical estimates by climate scientists.

Effectively, under steam-bath conditions, our bodies absorb heat from the environment faster than we can sweat to cool ourselves down. And “unfortunately for humans, we don’t pump out a lot more sweat to keep up,” Kenney said.

Heat is climate change at its most devastatingly intimate, ravaging not just landscapes and ecosystems and infrastructure, but the depths of individual human bodies.

Heat’s victims often die alone, in their own homes. Apart from heatstroke, it can cause cardiovascular collapse and kidney failure. It damages our organs and cells, even our DNA. Its harms are multiplied in the very old and very young, and in people with high blood pressure, asthma, multiple sclerosis and other conditions.

When the mercury is high, we are not as effective at work. Our thinking and motor functions are impaired. Excessive heat is also associated with greater crime, anxiety, depression and suicide.

The toll on the body can be strikingly personal. George Havenith, director of the Environmental Ergonomics Research Center at Loughborough University in England, recalled an experiment years ago with a large group of subjects. They wore the same clothes and performed the same work for an hour, in 95 degree heat and 80% humidity. But by the end, their body temperatures ranged from 100 degrees to 102.6 degrees Fahrenheit.

“A lot of the work we’re doing is trying to understand why one person ends up on one side of the spectrum and the other one on the other,” he said.

For years, Vidhya Venugopal, a professor of environmental health at Sri Ramachandra University in Chennai, India, has been studying what heat does to workers in India’s steel plants, car factories and brick kilns. Many of them suffer from kidney stones caused by severe dehydration.

One encounter a decade ago has stayed with her. She met a steelworker who had been working 8- to 12-hour days near a furnace for 20 years. When she asked him how old he was, he said 38 to 40.

She was sure she had misunderstood. His hair was half white. His face was shrunken. He didn’t look younger than 55.

So she asked how old his child was and how old he was when he got married. The math checked out.

“For us, it was a turning point,” Venugopal said. “That’s when we started thinking, heat ages people.”

Adelaide M. Lusambili, a researcher at the Aga Khan University in Kenya, is investigating heat’s effects on pregnant women and newborns in Kilifi County, on Kenya’s coast. In communities there, women fetch water for their families, which can mean walking long hours in the sun, even while pregnant. Studies have linked heat exposure to preterm births and underweight babies.

The most heartbreaking stories, Lusambili said, are of women who suffered after giving birth. Some walked great distances with their 1-day-olds on their backs, causing the babies to develop blisters on their bodies and mouths, and making breastfeeding difficult.

It has all been enough, she said, to make her wonder whether climate change is reversing the progress Africa has made on reducing newborn and childhood mortality.

Given how many people have no access to air conditioners, which are themselves making the planet hotter by consuming huge amounts of electricity, societies need to find more sustainable defenses, said Ollie Jay, a professor of heat and health at the University of Sydney.

Jay has studied the body’s responses to sitting near an electric fan, wearing wetted clothing and sponging down with water. For one project, he recreated a Bangladeshi garment factory in his lab to test low-cost ways of keeping workers safe, including green roofs, electric fans and scheduled water breaks.

Humans have some ability to acclimatize to hot environments. Our heart rate goes down; more blood is pumped with each stroke. More sweat glands are activated. But scientists primarily understand how our bodies adapt to heat in controlled laboratory settings, not in the real world, where many people can duck in and out of air-conditioned homes and cars, Jay said.

And even in the lab, inducing such changes requires exposing people to uncomfortable strain for hours a day over weeks, said Jay, who has done exactly that to his subjects.

“It’s not particularly pleasant,” he said. Hardly a practical solution for life in a stifling future — or, for people in some places, an increasingly oppressive present. More profound changes in the body’s adaptability will only occur on the time scale of human evolution.

Venugopal gets frustrated when asked, about her research on Indian workers, “India is a hot country, so what’s the big deal?”

Nobody asks what the big deal is about having a fever, but heatstroke puts the body in a similar state.

“That is human physiology,” Venugopal said. “You can’t change that.” 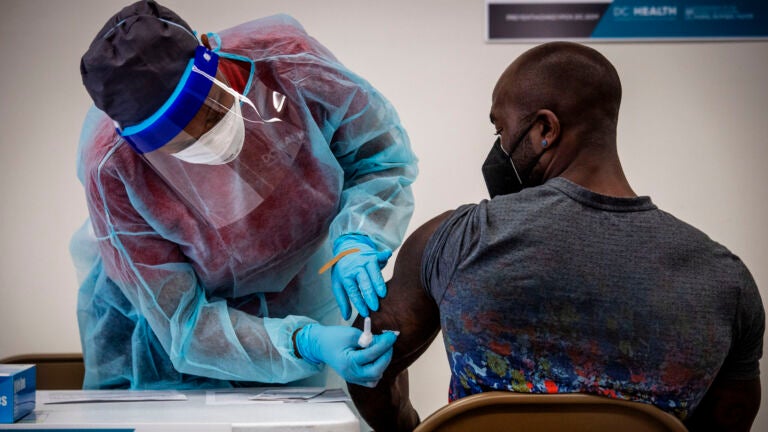