WASHINGTON — With monkeypox cases on the rise and vaccine doses in scarce supply, President Joe Biden’s health secretary suggested Thursday that states and localities bear some of the responsibility for what critics have called a flawed response.

“We don’t control public health in the 50 states, in the territories and in the tribal jurisdictions,” said Xavier Becerra, secretary of health and human services, in response to a reporter’s question about whether the virus could be eliminated. “We rely on our partnership to work with them. They need to work with us.”

Still speaking of the states, he added, “They are ultimately the ones to determine how health care is administered in their jurisdictions.”

Becerra’s comments came as San Francisco, which like New York has one of the highest case rates of monkeypox in the United States, declared its own public health emergency. Officials there said the move would allow the city to get reimbursed by California and the federal government as it works to address its outbreak.

In Washington, D.C., though, Becerra said his agency is still weighing whether to declare a national public health emergency. His suggestion that states and localities need to do more seemed to startle state and local officials, who said in interviews that they are generally satisfied with the federal government’s actions, despite the vaccine shortage.

“We feel the federal response has been strong and they have been working with us,” said Dr. Marcus Plescia, chief medical officer for the Association of State and Territorial Health Officials. “There’s just going to be a little bit of a lag between when we find out about these things and when we can really scale up the interventions we’ve got.”

Becerra may have been trying to deflect criticism from advocates for people with HIV and AIDS, who face disproportionate risk of contracting monkeypox and have been vocal about their unhappiness with the response.

The Centers for Disease Control and Prevention reported on Thursday that the United States has now confirmed more than 4,600 cases of monkeypox, which has already been declared a global health emergency by the World Health Organization. The U.S. case count is among the highest in the world, and the figure is almost certainly an underestimate. Men who have sex with men comprise 99% of the confirmed cases so far.

On Wednesday, the Food and Drug Administration announced it had cleared nearly 800,000 additional doses of Jynneos, the monkeypox vaccine. On Friday, the administration will begin allowing states to order doses, using the same ordering system it set up to handle coronavirus vaccines. Becerra said his agency has also purchased an additional 5.5 million vaccine doses and will have secured more than 6.9 million doses, all told, by May.

James Krellenstein, a founder of PrEP4All, an AIDS advocacy group, said that was not fast enough. He faulted the FDA for not moving more quickly to scale up supply and for delaying an inspection of the vaccine maker’s manufacturing plant in Denmark.

But FDA Commissioner Dr. Robert Califf told reporters Thursday that his agency had moved “much faster than had been planned,” considering that it had to not only inspect the plant but make sure the vaccine was effective. “The only thing worse than not having a vaccine,” he said, “is having a vaccine which is widely distributed and is not effective.”

At the moment, there is not enough vaccine to go around. On Wednesday, New Jersey Gov. Phil Murphy, a Democrat, wrote a letter to Becerra and CDC Director Dr. Rochelle Walensky, complaining that New Jersey had not gotten its fair share. In the letter, obtained by The New York Times, Murphy noted New Jersey’s proximity to New York, which has more monkeypox cases than any other state.

He said that his calculations showed that because of that proximity and the number of same-sex households in New Jersey, his state would carry 3% of the national disease burden but had been allocated only 2.06% of the 131,000 doses that have been available thus far. “Therefore, we do not believe that New Jersey has received an equitable percentage of available vaccine,” Murphy’s letter said.

Federal health officials say their allocation strategy depends on two factors: how many cases a state has and how many of its residents are at risk. The formula favors areas with at-risk populations — including men who have sex with men, who have HIV or who are eligible for medication that can reduce a person’s chances of getting infected with HIV, said Dr. Jennifer McQuiston, who is helping to lead the monkeypox response for the CDC.

Coming after more than two years of the coronavirus pandemic, the monkeypox outbreak, which began in May, has been yet another challenge for beleaguered public health officials around the country. Congress has so far not allocated any money for the response — although Senate Democrats did propose $21 billion in COVID-19 spending Thursday — and the public is tired of hearing about infectious disease. The Biden administration has estimated it will need another $7 billion to combat monkeypox.

And because of the country’s federalist system, in which public health is left to the states, coordinating a national response has not been easy, said Theresa Spinner, a spokesperson for the National Association of County and City Health Officials.

“It doesn’t help us to have 57 plans when we have a national challenge,” she said, referring to the 50 states plus territories and major cities. Infectious diseases, she added, “don’t care about jurisdictional boundaries.”

Some states have reported smooth cooperation so far with the Biden administration. “We are getting more vaccine from the federal government, and they’ve been really responsive,” said Dr. Clay Marsh, executive dean for health sciences at West Virginia University, who helped lead the state’s COVID-19 response.

Patrick Allen, director of the Oregon Health Authority, said the state was already strained by its COVID-19 response and bracing for monkeypox cases to continue rising.

“Everybody is stretched really thin,” he said. “That’s really obvious. The systems that have been taxed really hard through the coronavirus are the same systems we have to rely on for monkeypox.”

Oregon, which has dozens of confirmed and presumed cases, has not yet experienced intense demand for vaccines but is in great need of more doses from the federal government, Allen said.

“We’re implementing a delayed second-dose strategy for vaccines, to make sure we can get as many first doses out in vulnerable communities and people with exposures,” he said. “We know the second doses will come, and we think that maximizes the benefit.” 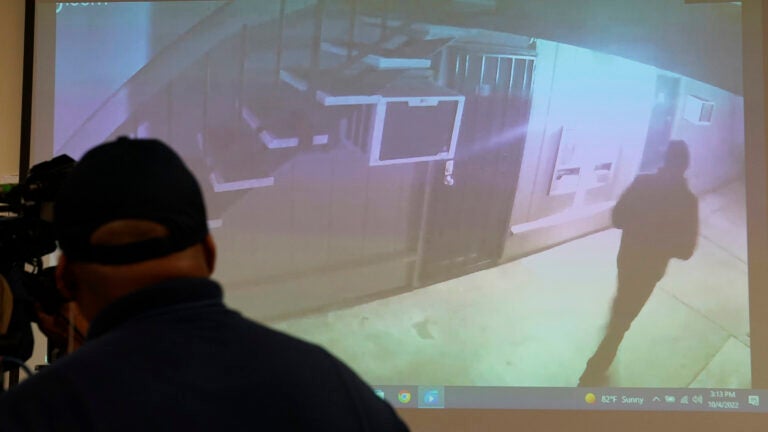 'This person’s on a mission,' police say of California serial killer