WASHINGTON — The Biden administration has decided to stretch out its limited supply of monkeypox vaccine by allowing a different method of injection that uses one-fifth as much per shot, according to people familiar with the discussions.

In order for the Food and Drug Administration to authorize so-called intradermal injection, which would involve injecting one-fifth of the current dose into the skin instead of a full dose into underlying fat, the Department of Health and Human Services will need to issue a new emergency declaration allowing regulators to invoke the FDA’s emergency-use powers. That declaration is expected as early as Tuesday afternoon.

The move would help alleviate a shortage of vaccine that has turned into a growing political and public health problem for the administration.

The administration has faced a barrage of criticism that it was too slow to ship vaccine that was ready for use to the United States from Denmark, where it was manufactured, and too slow to order that bulk vaccine stocks be processed into vials after the disease first surfaced in the U.S. in mid-May.

In less than three months, more than 8,900 monkeypox cases have been reported. The virus spreads from person to person primarily through close physical contact with infectious lesions.

Even though it invested more than $1 billion in developing the two-dose vaccine known as Jynneos that works against both monkeypox and smallpox, the government has only 1.1 million shots on hand. It needs about three times as many doses to cover the 1.6 million to 1.7 million Americans who, according to the Centers for Disease Control and Prevention, are at high risk of contracting monkeypox.

The vaccine is currently delivered in two 0.5 milliliter doses 28 days apart, with immune protection reaching its “maximum” 14 days after the second dose, according to the CDC.

The shot is recommended by the CDC for people who have been exposed to monkeypox and those who might be likely to get it. Those in the latter category include people identified as a contact of someone with monkeypox, those who know a sexual partner from the last 14 days was diagnosed with the disease and those who have had “multiple” sexual partners in that time frame in an area with “known monkeypox.”

Federal health officials said last week that so far, they have distributed about 600,000 doses of the vaccine to state and local jurisdictions.

The Department of Health and Human Services last week also issued a broader public emergency declaration that allowed the federal government to more easily allot money and other resources to fight the virus.

Research on intradermal injection of the monkeypox vaccine is essentially limited to one study. It showed that when the vaccine was injected between skin layers, it induced an immune response comparable to that from a standard injection into the fat underneath the skin. Federal officials have consulted with a variety of outside groups about switching to the intradermal injection approach, including the Infectious Diseases Society of America, according to people familiar with the talks.

Some outside experts have criticized the data backing up the method for monkeypox as too thin and narrowly focused. The government’s decision to go with it is heavily based on a 2015 study that was sponsored by the National Institutes of Health.

Dr. John Beigel, an NIH associate director of clinical research who has briefed federal health officials and the World Health Organization, said that switching to the intradermal method was a better option for preserving vaccine than administering just one of the two recommended doses, as some jurisdictions now do. One shot does not prompt nearly as strong an immune response as two, he said.

“The upside is you can stretch out doses,” said John P. Moore, a virologist at Weill Cornell Medicine. “The downside is, if you cut it too far or take too many liberties, you reduce the efficacy. And how are you going to know that? It’s educated guesswork.”

The intradermal method can be complicated for vaccinators, who must guide a needle into a thin space. If a vaccinator goes too deep and inserts the dose into fat, the patient might not receive enough vaccine, experts say. But if the needle is not inserted far enough, some of the vaccine could leak back out.

Such shots typically induce more redness and swelling, but are less painful than a standard injection, the 2015 study showed.

They have previously been used in polio vaccination campaigns, for rabies and with tuberculosis skin tests.

The NIH had planned further studies into how well such shots work with the monkeypox vaccine, but the results were not expected until the late fall or early winter. Over the weekend, top federal officials came to a consensus that the government needed to embrace the approach now. 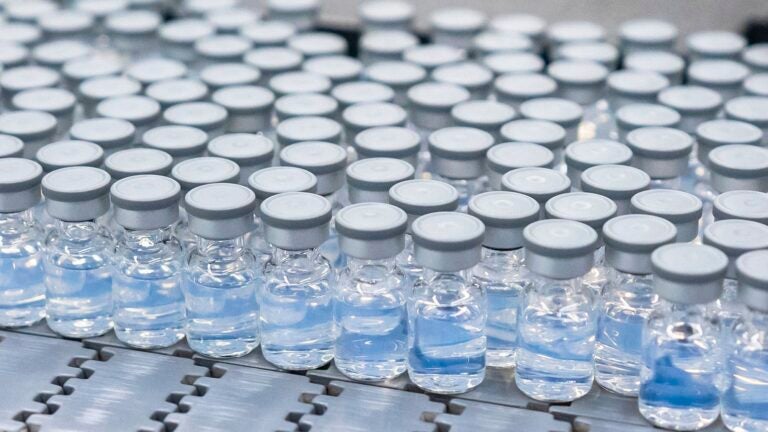 Boston will give out $75 gift cards at family vaccine clinic