A group of Massachusetts politicians are calling on Gov. Charlie Baker to declare a public health emergency in response to the state’s monkeypox outbreak. The federal government and a number of other states have already taken this step.

The effort has been led by Representatives Ayanna Pressley and Seth Moulton. In a letter sent to Baker earlier this week, officials wrote that declaring a public health emergency on the state level would open up resources that residents badly need.

“By declaring a public health emergency, you will have greater flexibility and more tools to enact a whole-of-government response. There are more than 26,000 vaccines allotted to the Commonwealth, and it is important that you act quickly to prevent the MPV outbreak from escalating, including augmenting health care staff, expediting testing and vaccinations, and informing people on how to reduce their risk of infection,” the letter reads.

In addition to Pressley and Moulton, the letter was signed by Senators Elizabeth Warren and Ed Markey, and Representatives Bill Keating, Stephen Lynch, Jim McGovern, Jake Auchincloss, Lori Trahan, Katherine Clark, and Richard Neal. They are all Democrats.

Monkeypox causes a variety of symptoms, from fever to chills, to fatigue and swollen lymph nodes. Its most distinctive characteristic is a rash and liquid-filled lesions that eventually scab over. Although the virus can cause severe illness for two to four weeks, there have been no deaths recorded in the U.S. connected to the recent outbreak.

The virus can be transmitted multiple ways, but mostly travels through skin-to-skin contact or contact with fabrics that have been contaminated. Prolonged face-to-face contact can also spread the virus.

In the current outbreak, monkeypox has mostly been spread through networks of men who have sex with men, but it can infect anyone and is not considered a sexually transmitted disease.

As of Aug. 11, there are 10,768 total confirmed monkeypox cases in the U.S., according to the CDC. Massachusetts, which recorded the first case in the country back in May, has some of the highest case counts in the country. There have been 202 recorded cases in the state, CDC data shows. On Thursday, state public health officials announced that there were 45 new cases recorded in the past week. Updates are provided weekly.

Currently, 14 health care providers throughout Massachusetts are offering vaccinations. The state has also activated mobile providers to expand the vaccination effort. America’s limited supply of the vaccine is distributed by the CDC to states. Massachusetts has received several allocations so far, but more are not expected until after the summer.

The monkeypox vaccine, like many COVID-19 vaccines, is administered in a two-dose series. The state announced that, beginning Aug. 8, officials will prioritize first doses for as many people as possible in an effort to provide the broadest possible protection for residents. Second dose appointments that are already scheduled will be honored, but no new second dose appointments will be scheduled until more doses are made available to the state.

The Baker administration said that “nothing outlined in this letter would provide any additional resources,” in a statement to The Boston Globe. The governor did not clarify whether he would consider declaring a public health emergency.

Executive Vice President of External Relations at Fenway Health Carl Sciortino said that, although the declaration of public health emergencies in New York, California, and Illinois helped push the federal government to follow suit, a move like this in Massachusetts would not provide notable benefits.

“I don’t think there is any significant practical benefit to a state declaration,” Sciortino told the Globe.

Dr. Paul Biddinger, medical director for emergency preparedness at Mass General Brigham, said that the type of declaration being asked of Baker would send  “an important signal,” but wouldn’t accomplish much else, according to the Globe. 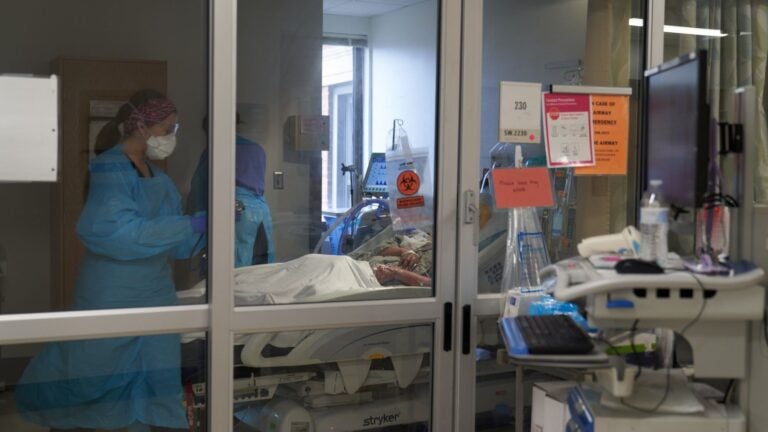