An international team of scientists identified a new virus that was likely to have been transmitted to humans after it first infected animals, in another potential zoonotic spillover less than three years into the coronavirus pandemic.

A peer-reviewed study published in the New England Journal of Medicine detailed the discovery of the Langya virus after it was observed in 35 patient samples collected in two eastern Chinese provinces. The researchers – based in China, Singapore and Australia – did not find evidence that the virus transmitted between people, citing in part the small sample size available. But they hypothesized that shrews, small mammals that subsist on insects, could have hosted the virus before it infected humans.

The first Langya virus sample was detected in late 2018 from a farmer in Shandong province who sought treatment for a fever. Over a roughly two-year period, 34 other people were found to have been infected in Shandong and neighboring Henan, with the vast majority being farmers.

Genetic sequencing of the virus subsequently showed that the pathogen is part of the henipavirus family, which has five other known viruses. Two are considered highly virulent and are associated with high case-fatality ratios, according to the U.S. Centers for Disease Control and Prevention. But none of the Langya patients died, the study stated.

Among the 35 patients, 26 were found to be infected only with the Langya virus. All of the 26 had a fever, with around half showing fatigue, decreased white blood cell count and cough. More severe symptoms include impaired kidney and liver functions.

Researchers also tested 25 small wild animal species for the Langya virus. Its genetic material was “predominantly detected” in shrews, leading the team to suggest the small mammals are a “natural reservoir” for the virus.

Disease surveillance did not indicate sources of exposure common among those infected, nor did they come into close contact with one another, suggesting that human infection may have occurred in a “sporadic” fashion, the researchers wrote.

Francois Balloux, a computational systems biology professor at University College London who was not involved with the study, said the Langya virus does not appear to “look like a repeat of Covid-19 at all.” He noted on Twitter that the new virus is far less lethal than other henipaviruses and “probably doesn’t transmit easily from human to human.”

But this discovery serves as “yet another reminder of the looming threat caused by the many pathogens circulating in populations of wild and domestic animals that have the potential to infect humans,” Balloux added.

Viruses that spill over from animals to humans are not uncommon. Some 70% of emerging infectious diseases in humans are of zoonotic origin, scientists say, and nearly 1.7 million undiscovered viruses may exist in mammals and birds. The Hendra and Nipah viruses, two henipaviruses with high mortality rates, can be contracted through close contact with sick horses, pigs and bats.

Scientists who study zoonotic diseases had warned even before the coronavirus pandemic that practices such as unregulated wildlife trade, deforestation and urbanization have brought people closer to animals, thereby increasing the odds of viral spillovers.

The Washington Post’s Karin Brulliard contributed to this report. 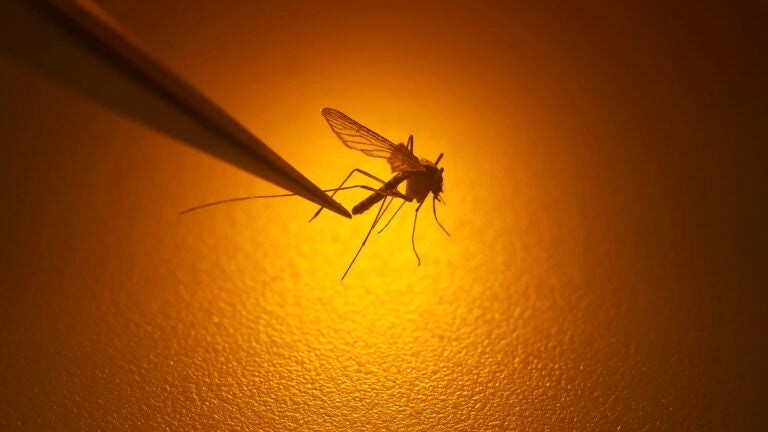