For the past month, a couple of patients a day have sat across from Dr. Alberto Mendoza at the HIV clinic where he works in Lima, Peru, to hear him confirm what they had feared: They have monkeypox. The men are tormented by the painful lesions the virus causes. They’re also afraid, because the visible sores mark them as men who have sex with men, a dangerous identity in Peru, where there is intense discrimination against homosexuality.

But Mendoza, an infectious disease specialist, has little to offer. “I have no options,” he said in an interview. Neither the antiviral drug nor the vaccine being used against monkeypox in the United States and Europe is available in Peru.

“We have nothing, even though we are the country with one of the highest numbers of cases by population,” said Mendoza, who works with the medical charity Partners in Health.

Neighboring Brazil, which, according to the World Health Organization, has close to 10% of global monkeypox cases, currently has no vaccine or treatment either. Nor do the countries in West and Central Africa that have struggled with monkeypox outbreaks for decades.

The scramble for monkeypox vaccines and treatments has been centered in the United States and Europe, where supplies of shots have stretched thin or nearly run out. But more than 100 countries are now reporting monkeypox cases, and a vast majority of those have had no vaccine or treatments at all.

They have been shut out by the prohibitive cost and by wealthy nations who bought up most of the available doses. The United States already controlled most of the vaccine, which was originally developed for smallpox, as part of its bioweapons strategy after the terrorist attacks of Sept. 11, 2001. Some public health groups are also criticizing the WHO for not doing more to ensure swift movement on equitable access to tests, treatments and vaccines, after it declared monkeypox a public health emergency of international concern on July 23. They say the issues echo those seen with COVID-19, but without any of the mechanisms that were developed to try to right the balance during the coronavirus pandemic.

It is difficult to even know the number of people who have monkeypox in developing nations because many lack capacity for diagnosing the disease, which is done with a polymerase chain reaction test. Most of the testing in countries that have had outbreaks for years is done at the surveillance level, testing only a sampling of the population to find the overall incidence of the disease. Testing to diagnose individual patients, many of whom live in isolated rural areas, is rare or nonexistent.

“We don’t have access to testing in Africa so we don’t know where cases are, so you can’t use that as a basis for decisions on the use of resources,” said Dr. Boghuma Titanji, an assistant professor of medicine at Emory University who responded to a monkeypox outbreak in 2018 in her native Cameroon.

Most people who die from monkeypox are Africans. There are two different strains of the disease, a more lethal one circulating in Congo and neighboring countries, and a less virulent version in West Africa, which is the one now being seen in high-income countries. Though deaths from monkeypox are rare, the risk of a fatal case is greatest in children and pregnant women, and the disease is excruciatingly painful for anyone infected.

The rapid spread of the disease to high-income nations, beginning four months ago, set off a scramble for vaccines. While there is no shot specifically for monkeypox, data from trials with nonhuman primates suggested that vaccines against the closely related smallpox virus might also prevent transmission of this one. The focus became the Jynneos smallpox vaccine made by Danish firm Bavarian-Nordic, which is the easiest to administer of several smallpox vaccines and has the lowest number of side effects.

Bavarian-Nordic had approximately 16 million doses of the vaccine, most of which were owned by or contracted to the United States, which contributed more than $1 billion to develop the vaccine as a defense strategy after 9/11 when officials feared smallpox could be used as a bioweapon. Those U.S. doses were earmarked as a defense stockpile and in the form of bulk drug, not bottled vaccines, which slowed distribution. The roughly 1 million that remained were quickly purchased by Canada, Australia and European countries starting in May.

There are no doses purchased or ordered for African countries to date. A clinical trial of the Jynneos vaccine led by the National Institutes of Health is beginning in Congo but that country has no vaccine supply available for health workers or contacts of people who fall ill.

“The obvious solution for this problem is for the U.S. government to put all of the doses it owns — more than 15 million — into vials, so they can go into arms, in the U.S. and elsewhere,” said James Krellenstein, a founder of PrEP4All, a medicines access advocacy group. “This is the single most important step that anyone can take to help bring this outbreak under control globally.”

None of the 7 million doses sent for bottling is designated for global access.

An analysis by the advocacy organization Public Citizen estimates that the high-income countries that have snapped up the Jynneos vaccine are paying $110 per dose. Paul Chaplin, Bavarian-Nordic’s president, said in an earnings call last month that the vaccine had one price in all markets, which would be discounted only for high-volume purchasers.

“For a country like Peru, this is just too expensive,” Mendoza, in Lima, said.

The Latin American arm of the WHO has secured a donation of a small number of doses for that region; Brazil’s ministry of health confirmed that it expected to receive 50,000 of them.

“Despite the declaration of the public health emergency, there is a lack of clear guidance from the WHO,” on a strategy for getting vaccines, treatments and tests to countries that need them, Krellenstein said. “It doesn’t seem prudent to declare an emergency without saying anything about the tools to respond.”

Dr. Sylvie Briand, the director of the WHO’s epidemic and pandemic preparedness and prevention department, said the global response to monkeypox was complicated by the fact that most of the medical interventions lacked human clinical trial data, and did not have regulatory approval.

“People think that because it’s an emergency it will be a matter of days, but for all those things it’s a matter of week or months,” she said. “We are trying to shorten the time between each step and make it happen faster. But it’s not so easy. You have to make sure something is safe and effective.”

The antiviral drug tecovirimat, marketed in the United States as Tpoxx, has been safety-tested in humans, and its efficacy against monkeypox has been tested in nonhuman primates. Two human clinical trials to test against monkeypox are underway, the first of which should report data early next year. But the current lack of human data means the WHO cannot do the typical prequalification process that helps countries speed up authorization of a drug.

“The original sin of this whole pandemic is that we could have tested these things in endemic countries, and then we would have the data,” said Dr. Ranu Dhillon, an infectious disease expert and instructor at Harvard Medical School. But there was little appetite or investment in monkeypox when only countries such as Cameroon and Central African Republic were affected, he said.

In the absence of vaccines, tecovirimat could potentially help to slow the spread of the virus by reducing symptoms and making patients less infectious, Mendoza said. Briand of the WHO said that while the experience of COVID had created a preoccupation with vaccination, it was typically easier to manufacture, test and distribute diagnostics and treatments than vaccines. These would be a logical focus of the initial response, along with behavior change interventions such as encouraging men to reduce their number of sexual partners.

But cost could be an issue, too. Tecovirimat is made by Siga Technologies, a New York company that for years produced batches of it only to sell to the U.S. government for its national security reserves for smallpox. The company would not disclose pricing information to The New York Times, but in April, Canada signed a contract to purchase the drug at $920 per course.

Gomez said that Siga could produce 500,000 courses per year, and that it had product available to ship from its warehouses now, although he would not say how much. The company would be open to expanding production with more contract manufacturers, he said, “with the help of the U.S. government.”

Developing and manufacturing a rapid diagnostic test that can be used in clinical settings in low-income countries must now be a top priority, Dhillon said. “Early detection is the chance to break off transmission.”

The role of smallpox as a potential bioweapons threat has complicated the global monkeypox response. There are limits on transparency with data about vaccine and treatment stockpiles, which are considered national security issues, and access to the biomedical interventions is controlled by defense experts rather than public health ones.

“It was a biodefense issue,” Briand said, “and so the lines of command and the decision-making processes that were established for that are different than for the kind of outbreaks we are currently seeing.”

Krellenstein said he felt that not everyone in the research world shared the sense of urgency that pushed the WHO director-general, Dr. Tedros Adhanom Ghebreyesus, to declare the emergency.

“The reaction seems to be, ‘Nobody is dying so it’s not a security threat’ — and it’s gay people and trans people and Africans who are sick — so it seems very academic” to the national security decision makers who control access to the vaccine stockpile, he said.

Many public health experts say that a lethargic monkeypox response, predicated on the analysis that few people are dying in this outbreak, ignores the risks posed by this virus that is behaving in ways not seen before.

“Monkeypox really has a huge runway right now to better adapt,” Titanji said. “It’s a bad thing to not get on top of another pox virus circulating in human beings.” 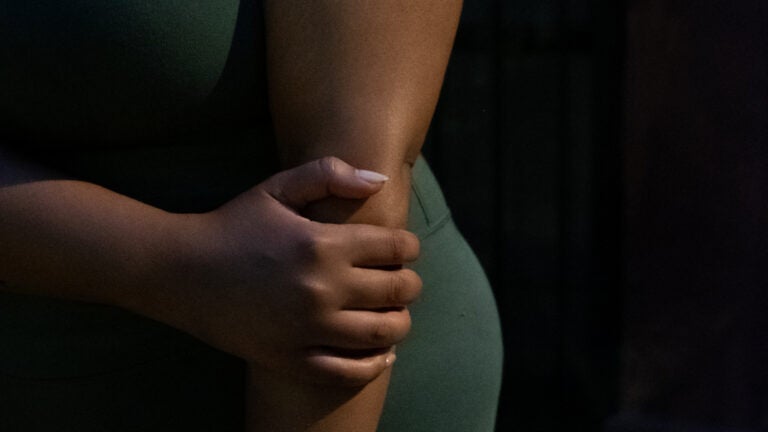