The teenage girl clambered out of the pool, ready to accept victory. A champion swimmer for Anchorage’s Dimond High School, she had crushed her competition in the 100-meter freestyle during Friday night’s meet with a rival from across town.

But as soon as she stepped out of the water, she learned that she had been disqualified.

The reason? Her swimsuit was exposing too much of her buttocks, an official ruled.

The referee’s call, which is now under investigation, has generated intense debate among Alaska’s close-knit swim and dive community, and prompted a larger discussion about how female athletes’ bodies are policed and scrutinized. Lauren Langford, who coaches swimming at another high school in the area, told The Washington Post that she believes racism, in addition to sexism, may have been a factor, given that the young woman is among the few nonwhite athletes in a predominantly white sport.

“All of these girls are all wearing suits that are cut the same way,” Langford said. “And the only girl who gets disqualified is a mixed-race girl with rounder, curvier features.”

The teenager didn’t pick out the swimsuit – her school chose it and issued it to her. But even though all the young women on her team were dressed identically, she was the only one cited for a uniform violation. Annette Rohde, who was working as an official during the meet, told the Anchorage Daily News that another female ref explained that the bottom of the girl’s suit “was so far up I could see butt cheek touching butt cheek.”

Rohde froze in disbelief, she said, and warned the referee, who has not been identified, “This is going to blow up.” Sure enough, the decision reverberated throughout the community, where the young woman is known as a top-ranked swimmer likely to go on to compete at the collegiate level.

“In a world where young girls are told at every turn that the skin they’re in is not good enough for a thousand reasons, the last thing we need to do in youth athletics is add to that unhealthy dialogue,” Langford, a swim coach at Anchorage’s West High School who coached the teenager and her sisters when they were younger, wrote in a widely-shared blog post on Medium after Friday’s meet. She added, “If you do not like the way that swimsuits fit on these girls’ bodies then don’t look; they are minors, children, and no one should be looking at them anyway.”

Speaking with The Post on Monday night, Langford said she was angered at the treatment of the teenager, whom she described as “literally the nicest young lady.” It wasn’t the first time that the girl had been made to feel that her curvy figure was problematic: Last year, a parent took a photo of her backside and shared it with other parents to demonstrate that girls on the team were wearing inappropriate swimwear. (District officials said Monday that Dimond High School’s assistant principal “indicated to the parent who took the photographs that it was not permissible for him to take pictures of others’ children and that he should stop immediately.”)

“That to me is so inappropriate,” Langford said. She noted that the teen girl has been accused of hiking her suit up on purpose, but anyone who has competed in swimming would know that suits often ride up unintentionally.

“We have a term for it – it’s called a suit wedgie,” she said. “And wedgies happen. It’s uncomfortable. No one’s going to walk around that way intentionally.”

Over the years, the conservative one-piece swimsuits traditionally worn by competitive female swimmers have been phased out in favor of a higher-cut style that has less fabric and is more hydrodynamic, but also more revealing. The changes in the cut and fit, Langford said, make it “even more frequent that you’re picking a wedgie.” But a minor, if annoying, wardrobe malfunction is also likely to be the last thing on the mind of a swimmer intently focused on her form as she nears the finish line.

“If you’re in the water, you’re not thinking about it,” Langford said.

Rohde and another local swim coach told the Daily News on Monday that they, too, had never seen the teenager deliberately adjust her swimsuit to make it more revealing. There’s some dispute about whether the referee’s call, which Dimond’s coach has protested, would have been correct if the girl had done so, or if swimmers can be penalized for failing to realize that their suit has bunched up. Officials with the Anchorage School District, who announced Monday that they are reviewing the decision, wrote that the disqualification “appears to stem from a difference of opinion in the interpretation of the rules governing high school swim uniforms.”

The National Federation of High Schools, the governing body for high school athletics in Alaska, simply states that female swimmers must cover their buttocks and breasts. In August, the organization issued a memorandum alerting coaches that “suits are being worn in such a way as to expose the athlete’s buttocks,” and provided an illustrated example of what constituted appropriate coverage. District officials said Monday that Dimond High School “made deliberate efforts over the last year” to meet those requirements – in particular, picking out the regulation swimsuit that the young woman was wearing when she was stripped of her victory.

“If the suit was a problem, they all should have been disqualified,” Langford said. “But they weren’t.”

Meagan Kowatch, the teenager’s mother, told KTUU on Monday that the referee who made the call had previously embarrassed one of her other daughters by critiquing the fit of her swimsuit during a meet. She wants to see the results of Friday’s competition overturned, and for that ref to be kept away from her daughters’ races in future, she said.

Though there’s also been some debate about whether racism played a role in the decision, “no one seems to be arguing about if it’s sexism,” Langford said. The National Federation of High Schools also published guidelines for appropriate male swimwear in August, and she said she’s seen young men competing in lower-riding suits than the organization deems appropriate. But to her knowledge, it’s never become an issue.

By contrast, Langford said, Kowatch has been told by other parents that her three daughters on the team, who are all talented swimmers, need to cover up for the sake of their sons. The disqualified teenager, though usually “tough as nails,” turned teary on Friday night over the referee’s decision, and was “heartbroken” to learn that people were accusing her of purposefully hiking up her swimsuit, the coach said.

“The fact that she’s been told she’s intentionally trying to draw this sexual attention has really crushed her,” Langford said. 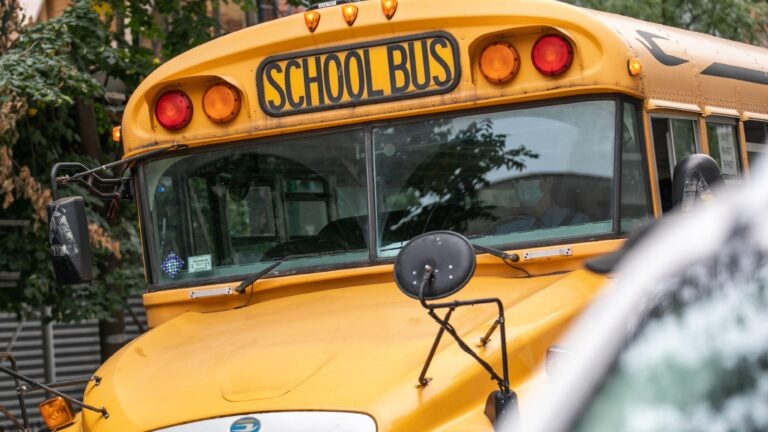