England, France, and Israel are bombing the heck out of the Suez. Dwight D. Eisenhower is placing anxious late-night calls to the USSR.

Three of the top 10 Billboard hits are by a young man named Elvis and his gyrating hips. Parents are trying to keep their daughters a safe distance from the television, for fear of impregnation by ogling.

But in the family home, in the early evening, at least one thing feels familiar — the quiz show. Every night, black-and-white human contests project themselves through RCA Victor television sets into millions of living rooms, packaged with names that fuels the flame of middle-class ambition: The $64,000 Question, Tic Tac Dough, Double or Nothing, It Could Be You.

$64,000 is 17 times the average income in 1956, according to a report by the casually sexist US Department of Commerce.

In households across America, tonight is Twenty One night. The rules in this game are simple: two contestants, a returning champion and an opponent, answer trivia questions until someone earns twenty one points. You win $500 for every point that separates your score from your opponents, more if it’s a tiebreaker.

That man is Charles van Doren, a young Columbia professor with a name so WASP-y it must be real.

For the past three shows, van Doren and Stempel have tied, leaving viewers hooked and NBC executives elated. They guys in the back room have been running dozens of promotions in preparation for this night, cutting into the regular programming to ask us, Is Herb Stempel going to win over $100,000 tonight?

We don’t know the answer to that question yet, of course.

Problem is, Herb Stempel does.

Two leggy blonds in black dresses lead Stempel and van Doren to glass booths on the stage, where they can neither see nor hear the audience or each other (they’re lucky to be in there — the soundtrack for the show is best described as what a chimp would play, if you gave him a xylophone and a mallet).

The host, Jack Barry, stands between the booths at a podium sponsored by Geritol, which also sponsors the set, the questions, and presumably Barry’s kids’ college educations. Barry is a perfect host — attractive, but not too attractive to outshine the guests, with broad shoulders that carry a suit well, and a steady, sure voice that you trust.

Barry reads: Because of a disagreement with his commanding general, Ulysses S. grant was virtually placed under arrest for a brief time early in 1862. Who was the commanding general of the Union army at that time? 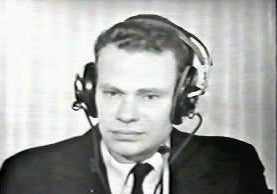 Van Doren shifts his eyes from side to side, then squeezes them shut. His brow knits and furrows as he mutters to himself: Oh yes, I know his name, what is it? Even now, under pressure, his voice lilts with the slight British accent of an upper class New Englander. Then, quite suddenly, the answer comes to him: Halleck. General H.W. Halleck.

Watching Stempel is not quite as charming. His beady eyes are partially concealed behind horn-rimmed glasses, and early on he begins to visibly sweat. He’ll wipe his brow with a chubby hand, then placing both hands on his wide hips. Sometimes he pulls on the skin of his chin when he’s thinking.

Everything goes well for Stempel until about ten minutes in, when the flood hits. The category is Movies and Movie Stars. Stempel has 16 points and bets 5, which could make him a winner and end this whole mess once and for all.

The question comes in from Barry: What motion picture won the Academy Award for 1955?

It should be an easy one, but Stempel asks for more time. He presses his lips together. He looks down, mumbling I don’t remember, I don’t remember. I don’t remember like some sort of prayer. When his time runs out, Barry asks him for a guess, and he goes with “On the Waterfront.’’ 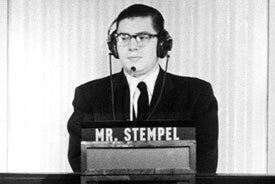 He already looks guilty, like a child caught in a silly lie.

Barry moves on, and the game continues.

But wait — of course Stempel knows the answer to the question about the movie, it’s one of his favorite films. But the studio executives had decided a few days ago that they were done with this Jew from Queens and his sweaty brow. They wanted him off the show, told him to lie. After tonight, van Doren will go on to win $129,000, a TIME magazine cover, and a three-year contract with NBC—none of it earned.

In 1958, a federal investigation reveals that producers on multiple networks were rigging their quiz shows. Both Stempel and van Doren testify. Van Doren apologizes, but in the same smarmy way that politicians who cheat on their spouses apologize to their constituents: placing blame on The Media, and circling back to a comfortable talking point awful quickly:

[Co-producer Albert Freedman] told me that the show was merely entertainment and that giving help to quiz contests was a common practice and merely a part of show business. This of course was not true, but perhaps I wanted to believe him.

He also stressed the fact that by appearing on a nationally televised program I would be doing a great service to the intellectual life…by increasing public respect for the work of the mind through my performances. In fact, I think I have done a disservice to all of them. I deeply regret this, since I believe nothing is of more vital importance to our civilization than education.

In 1960 Congress passes an amendment to the Communications Act of 1934, making it officially illegal to fix quiz shows. It’s one of those laws that seems too obvious to actually need to exist, but there you go. America.

Quiz shows never regain their glamour. Many networks flat-out cancel their quiz programs, and put winning caps on the ones that remain. The games slowly morph from tests of knowledge to word games and puzzles. The Price Is Right begins its decades-long run in 1972, and Bob Barker is crowned the game show king. 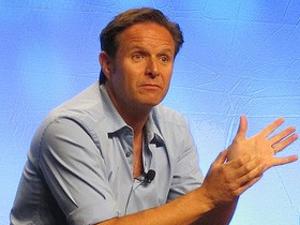 Everything goes along smoothly until 2010, when FOX begins filming a show called Our Little Genius, a game show that “gives real child geniuses a chance to put their incredible knowledge to the test and win cash for their families.’’ On January 7, producer Mark Burnett pulls the show 6 days before its scheduled debut, citing some doubts about the show’s integrity.

Apparently, a parent of one of the contestants reported to the FCC that a show producer had supplied her child with question topics and answers. The New York Times writes an article, and the FCC opens an investigation. If the game is found to be rigged, it will be the first quiz show scandal since the 1950s.

But the FCC never makes a ruling. Months pass. The case just disappears. 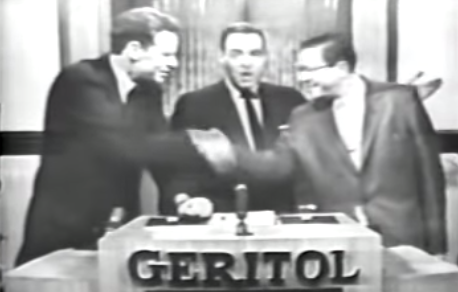 Back on that fateful night in 1956, Stempel finally succumbs to van Doren after 28 minutes of grueling play. Barry invites the fallen champion up to the podium, and asks him what’s next.

Herb, in the few brief moments we have, what are you gonna do with the dough?

Well Mr. Barry, this all came so suddenly. First thing I want to do is outfit my family, and I would also like to make a small contribution to the city college fund to repay the people of the city of New York for the free education which they’ve given me. Then I’m going to guard the rest of my money, put it in the bank. I would also like to thank you and the members of your staff for all the kindness and the courtesy which you’ve extended to me.

Herb, I want to say one thing, we may have a lot of contestants in the future, but I doubt that anyone will display the knowledge, the fighting spirit, and the courage that you have on this program.

Then Barry congratulates van Doren, gives a final plug to Geritol, and tells the audience he’ll see them next week. He smiles big and waves goodbye, like a departing dinner guest.

Cue the monkey with the xylophone. That’s a wrap. 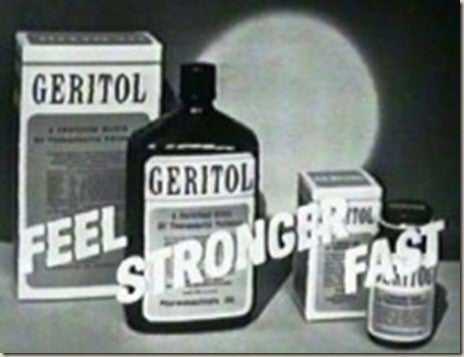 This article was orginally published on Medium.com. Lefrak is a former intern at Boston.com. Follow her on Twitter @mikafrak. 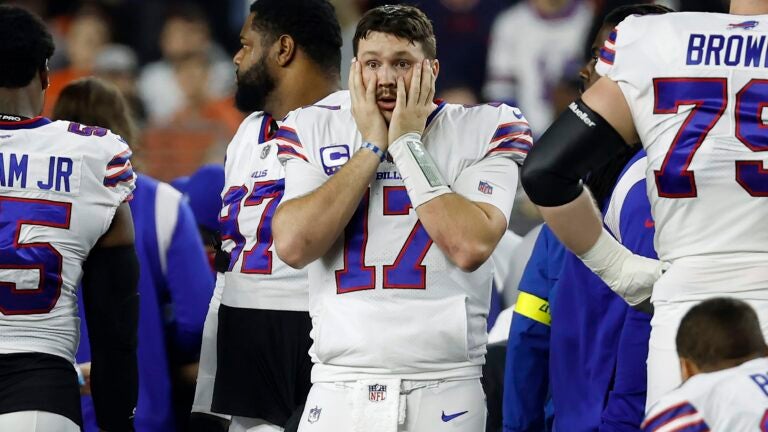