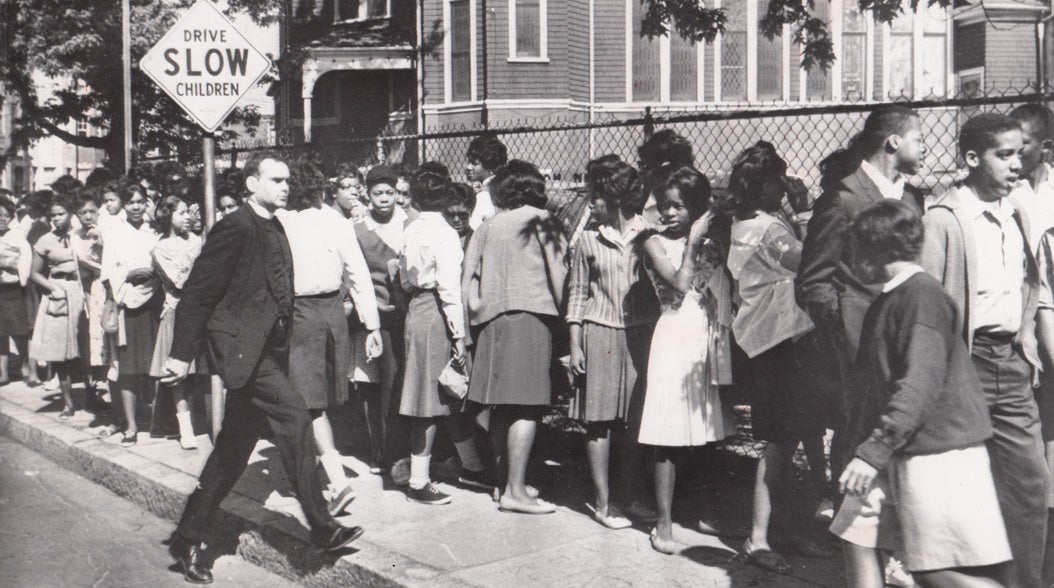 Fifty-two years ago Thursday, 3,000 people participated in an organized “stay-out’’ to protest segregration in the Boston Public School system. Instead of going to classrooms inside Boston’s public schools, students, their families, and friends attended Freedom Schools where they participated in workshops on social justice and black history.

Students registered at the schools and received certificates at the end of the day to prove to teachers and parents that they participated.

“I definitely think it was one of the critical milestones for the civil rights activism here in Boston, and it provided a template for the rest of the country for how to organize, create the coalitions, and collaboration to challenge institutional racism,’’ Michael Curry, president of the Boston NAACP and member of the national board of directors of the NAACP, told Boston.com.

The June 18, 1963 demonstration in Boston grew out of the civil rights campaign in Birmingham. Dr. Martin Luther King, Jr.’s “Letter from Birmingham Jail’’ was published in April of 1963.

“Boston was locking horns with the City of Boston over education,’’ said Curry. “So in 1963 you had this battle going on with the chair of the school committee around the issues of equity within the Boston school systems. And the Birmingham campaign became really a platform to launch our local movement here to challenge Louise Day Hicks [on] the School Committee and the city council and the mayor at the time to wipe out the taint of race in our education system.’’

The goal of the stay-out, Curry said, was to get the school committee to admit publically that de facto segregation existed in Boston Public Schools.

Many parents kept their children home out of fear that the demonstration would lead to violence. The June 19, 1963 headline in The Boston Globe read “8260 Stay Out – But Stay Calm.’’ Not a single incident was reported throughout the city, according to the report.

Demonstrators chant and sing outside Boston’s City Hall, part of a day-long stay-out of Boston’s Public Schools on February 26, 1964.AP

Curry said the mastery of the activists during the Civil Rights Movement was their desire, and ability, to frame their messages.

“They wanted to craft their own narrative around what they were during, what the impact should be,’’ he said. “So part of framing that as a ‘stay-out,’ as opposed to a ‘boycott,’ was really their messaging to say, ‘We’re not convincing students to walk away from their education. We’re asking students and urging students to come to another location to further their education and to make a statement to government officials that there is an inequity, locally and nationally, and that these young people, as well as their families and friends, want to be part of the change.’’’

Curry said smaller events — including protests and marches on the school committee building — were organized after June 18 to continue to draw attention to the inequity. All of it was a calculated campaign that mirrored national events, he said.

Students from Boston University hung a sign at the NAACP headquarters on February 25, 1964.Frank Hill/Boston Globe

Noel Day, the executive director of the St. Mark Social Center, which was the headquarters for the June 18 event and served as a Freedom School on that day, told The Globe on June 18, 1963, “The demonstration was better than we had hoped for. This is the beginning of the movement in Boston.’’