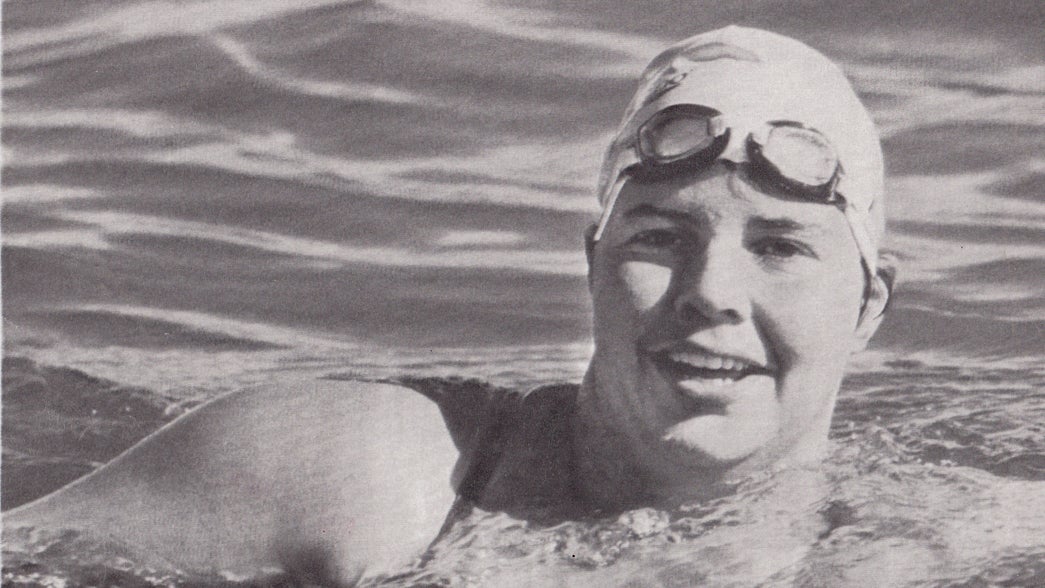 Lynne Cox during a practice swim in the Bering Sea in 1987.

When Lynne Cox swam the English Channel at age 15, she broke the women’s and men’s world records, completing the task in 9 hours and 57 minutes. It was the beginning of a long list of historic swims by Cox in her career as an open-water swimmer.

Her ability to swim in frigid waters has been studied by scientists and even the Navy SEALs.

But on August 7, 1987, Cox embarked on a different kind of historic swim when she crossed the Bering Strait. The Cold War was in full swing, and the waterway between Big Diomede Island and Little Diomede Island that connects the Pacific and Arctic oceans, was the border between the United States and the Soviet Union.

The border was opened for the swim, and the feat set the stage for lessening tensions between the two countries.

Cox, who was born in Boston, said the idea for swimming across the controversial waterway came from her father.

My dad suggested, ‘Why don’t you think about swimming across the Bering Strait? It would show that the United States and the Soviet Union are neighbors.’ At that time it was at the height of the Cold War, and it seemed like a really wild idea to even consider doing that. But I just thought maybe there’s a way to diminish tensions, maybe this swim could help make people realize that the relationship is not between Washington D.C. and Moscow, it’s between Alaska and Siberia, and the distance is only 2.7 miles from one shore to the other.

So for the next 11 years I began researching it, and I wrote to [Konstantin] Chernenko and [Yuri] Andropov and finally [Mikhail] Gorbachev. Then, through Ted Turner, who was putting on the Goodwill Games, and his contacts, I was able to reach President Gorbachev’s right- hand person, who in turn approached him.

I got all sorts of support from Sen. [Frank] Murkowski from Alaska, from congressmen, and from people at the state department and people at the Soviet foreign ministry.

With their support, after 11 years of work, I finally received permission to do the swim. The goal was to swim from the United States to the Soviet Union, to open the border for the first time in 48 years, and to promote good relations and peace between the two countries.

It was really big. And it was really difficult because the water temperature was 38 degrees, and I was planning to swim in a swimsuit, cap, and goggles. Because I wanted it to be the human effort.

I didn’t want it to be the technological effort and wearing a wetsuit. I wanted it to be putting everything I had out there to make this dream, this goal, realized.

Cox, who was 30 years old at the time, didn’t receive permission to do the swim until the day before the swim was planned.

Basically I went to Alaska hoping that the Soviet clearance would come soon — but didn’t have it — and hoping that I would get some kind of financial support — but didn’t get it. So I had just taken everything I owned out of the bank to go do it.

Cox did receive support from Dr. William Keating from the University of London and Dr. Jan Nyboer from the University of Alaska, who would cross in support boats to monitor Cox’s body temperature. With their support, Cox was able to pay the way of the Inuit crew in the support boats for the swim. So she went up to Little Diomede Island and tried to prepare for the swim, hoping permission would come.

The people on Little Diomede in the United States were really concerned because, I think it was about four or five days before the swim, they noticed a Soviet ship moving into the area. They also noticed that we, the United States, in turn put up some U.S. Air Force aircraft to find out why the Soviet ships were moving into the Bering Strait. In return, the Soviets put up MIGS to find out what our flyers were doing on the border. So people were calling Sen. Murkowski’s office saying, ‘What’s going on here?’ And he was saying, ‘Oh Lynne’s trying to do this swim to help improve relations.’ So everyone sort of then relaxed. But behind the scenes, everything was very tense.

So I didn’t know, and I was planning to swim halfway and hope that Soviets would open the border even if it came down to the last minute. So it was tense, to say the least. It was really tense. And to get the go ahead the day before was just like, ‘Oh my God, the Soviets said, ‘Yes.’ Gorbachev approved it, and they’ve moved a ship the size of a football field into the Bering Strait. And they have Soviet military in boats that can guide us to the Soviet shores. This is fantastic!’

So it all sort of happened at once.

The people on Little Diomede Island who were going with the boat support were all excited because they had looked at the Soviet shores for years and hadn’t been able to cross into those waters. They had had family members who had lived on Big Diomede Island who then moved, transferred to mainland in Siberia.

The people on Little Diomede Island who were going with the boat support were all excited because they had looked at the Soviet shores for years and hadn’t been able to cross into those waters. They had had family members who had lived on Big Diomede Island who then moved, transferred to mainland in Siberia. 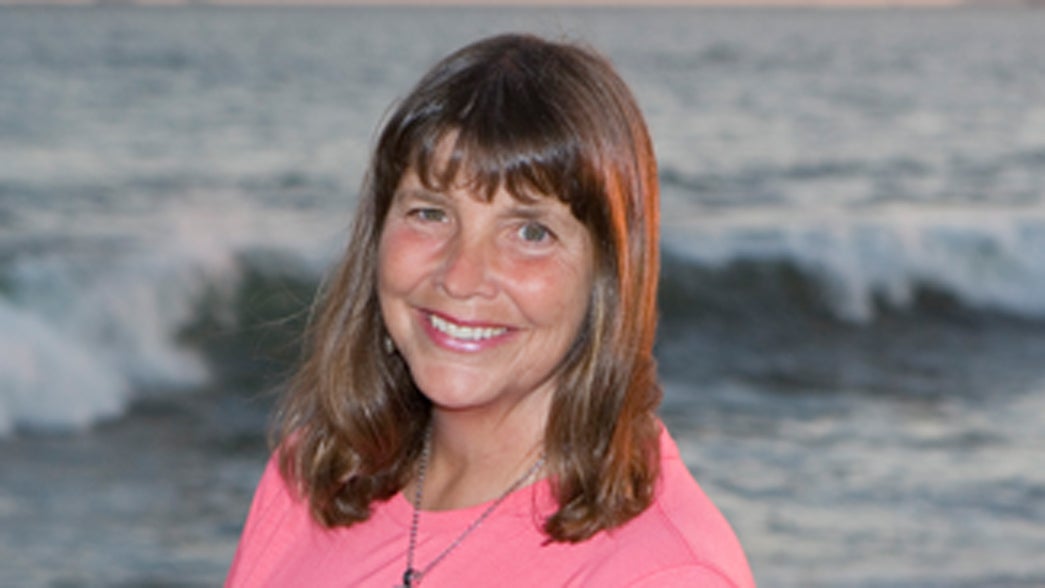 They were hoping they might see some of their relatives. So many of them stayed up all night long and partied, celebrating. So at 8 o’clock in the morning when I was planning to take off on the swim, they were not prepared to go.

I was really worried because the Soviets were expecting to see us coming across at some point, and they were supposed to meet us somewhere halfway across the border. But we weren’t able to get in touch with them because the way we communicated with them wasn’t directly across the Bering Strait — 2.7 miles away. We’re talking to Moscow, which was 13 time zones away.

Communications had broken down, and we weren’t able to find out or let them know that the swim was delayed because the crew on the American side wasn’t ready to do the swim. So on the day of the actual swim, we started off later than expected.

I started swimming off into fog. We couldn’t see anyone on the Soviet side that was there to meet us.

So it was, again, really tense because we didn’t know if the Soviets were going to be there, where it was OK to land, and how we were going to get ashore. We just decided that I would keep swimming as long as I could, and hopefully at some point they would find us. And that’s exactly what happened.

We crossed the border and somewhere in that area the Soviet skiff came over and basically said, ‘You’re about 200 meters from finishing the swim, we have a welcoming committee about a half mile down the beach on Big Diomede Island that wants to greet you, can you swim a half mile — basically against the current into a snowbank — to meet the people that are here to welcome you?’

I kind of was like — well the water’s freezing and I’m kind of cold, and I would really just like to finish because I’m freezing. But the swim had been about reaching out to the Soviets and making the connection with them, and it would not have been a great swim if we hadn’t been able to do the extra half mile. So my support crew in the umiaks and our crew, along with the Soviets in the skiff, paralleled the shores of Big Diomede and then landed on the snowbank. And I climbed out.

There were about 50 people from all over the Soviet Union who had been flown out to greet us on Big Diomede Island. There were officials, like the head of the KGB for Siberia and the governor of Siberia, a famous boxer from Tajikistan, and people from Azerbaijan and from Moscow and from Siberia.

Then there were about 25 or 30 reporters from all over the Soviet Union from TASS and Pravda. They were doing live television coverage. The coverage they were giving the swim was like when the astronauts went into space. It was just amazing. We were incredibly well received.

When we landed on shore, I couldn’t get out of the water because the rocks were covered in ice and snow, and the shore was sort of above my head. I kept trying to grab the edge of Big Diomede Island, but I couldn’t get out. So I just lifted my hand out of the water, and three Soviet soldiers just grabbed my arm and just lifted me out of the water and threw blankets and towels and coats and all this stuff around me. I heard them speaking Russian, and I thought, ‘Wow! We made it across. We did it. We are on Soviet shores, and the border was open for the first time in 48 years.’ It was very, very, very exciting.

Congratulations poured in from the U.S. and around the world.

It was just huge because this idea that seemed so unfathomable, impossible. ‘None of the Soviets are going to open the border and nobody can swim in 38 degree water,’ was sort of the way that people thought about this. But people changed their minds and it worked, and it happened. It opened the border.

Three months later when President Reagan and President Gorbachev met at the White House to sign the INF Missile Treaty, Gorbachev opened his speech by talking about Cox’s swim as an example of how close the countries are and how they could work together.

Cox returned to the Soviet Union a year after her Bering Strait swim to across the country’s Lake Baikal. The Soviets named a cape — not far from Cape Tolstoy — in her honor: Cape Lynne Cox. 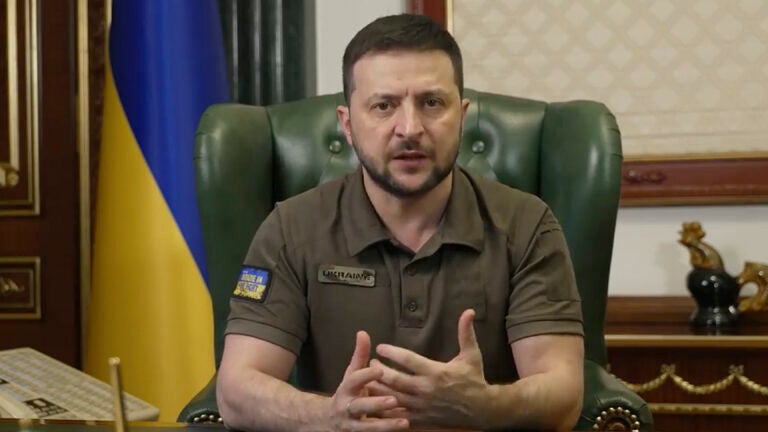