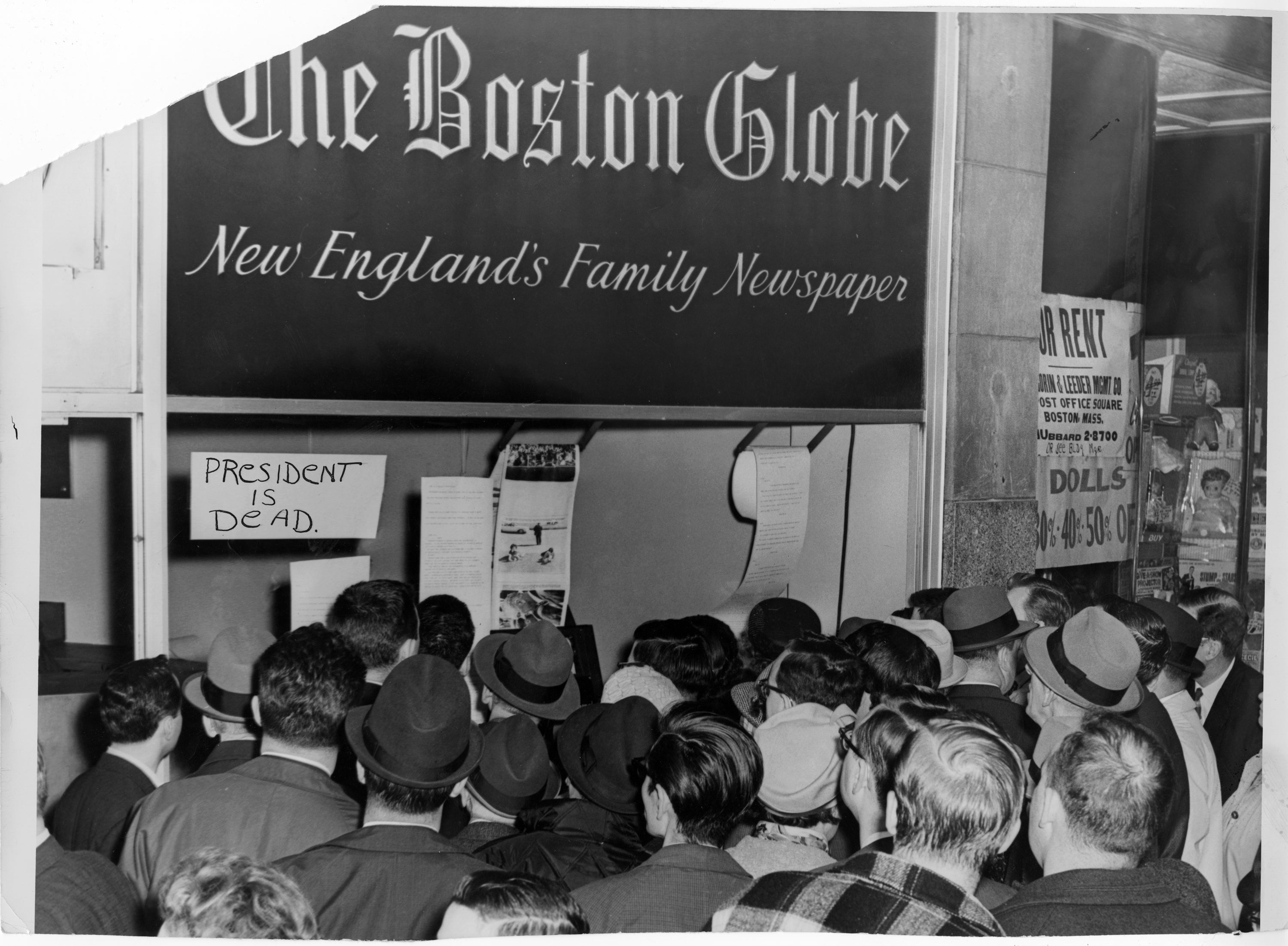 Readers look at the first pictures and read the first news clips reporting the assassination of President John F. Kennedy in front of the Boston Globe building on Washington Street on Nov. 22, 1963.

It hasn’t always had the same name or been published from the same spot in the city, but The Boston Globe has been a staple for 144 years (officially!) as of March 4.

That day in 1872 marked the first issue of what was then the Boston Daily Globe. The paper was printed in the basement of a building on “Boston’s downtown Newspaper Row,’’ according to a Globe article from 1958 that looked at “the Globe’s 86 years of constant growth.’’ 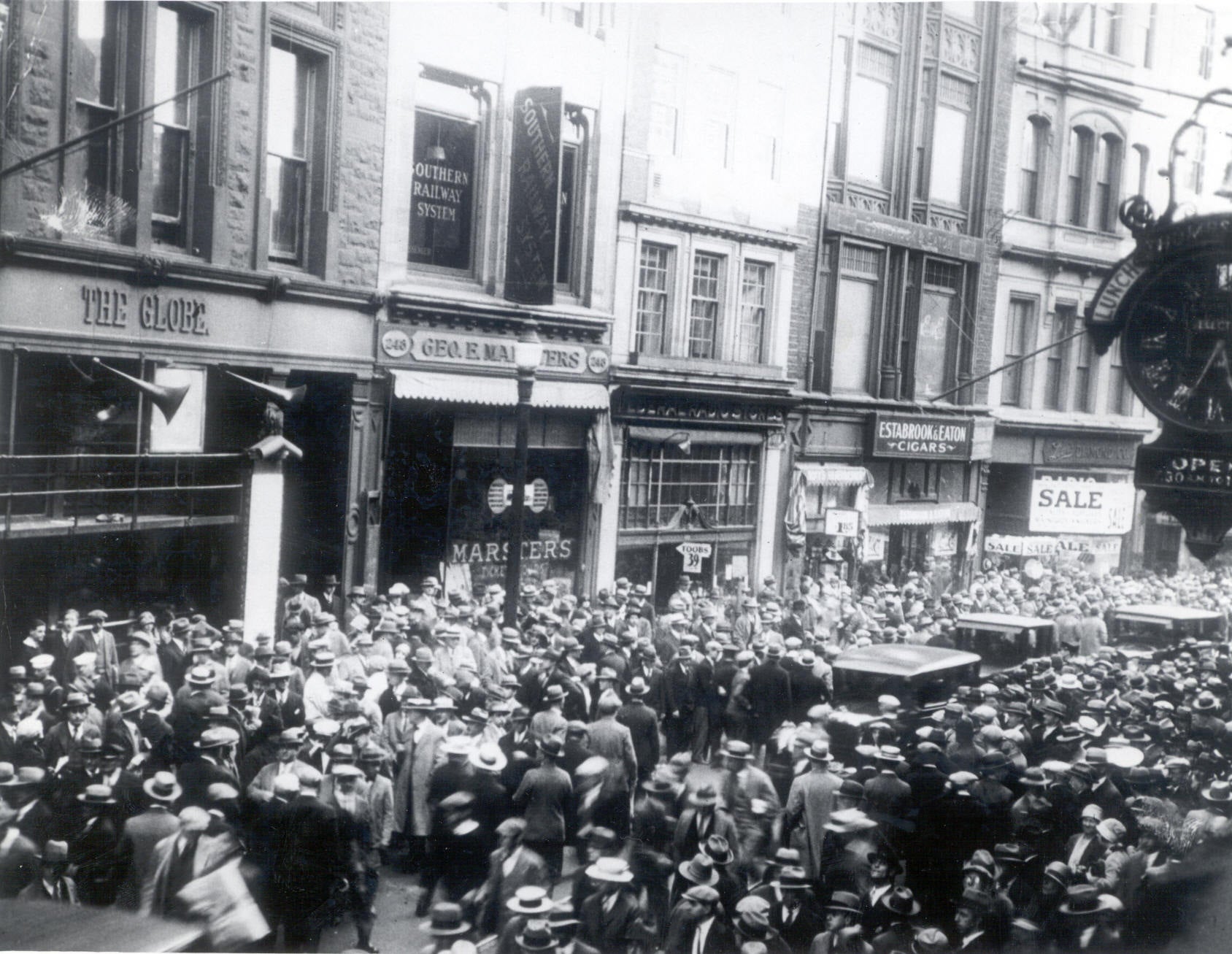 A crowd on Newspaper Row awaited the Globe announcement of Charles Lindburgh’s arrival in Paris.

Newspaper Row was the epicenter of all Boston news from the late 1800s to the 1950s. Over that time period, The Boston Globe, Boston Evening Transcript, Boston Herald, Boston Traveller, Boston Journal, Boston Post, and Associated Press were situated in the area between Milk Street and the Old State House.

The Globe moved out of Newspaper Row in 1958 after the company was too big for the seven buildings it eventually occupied there. 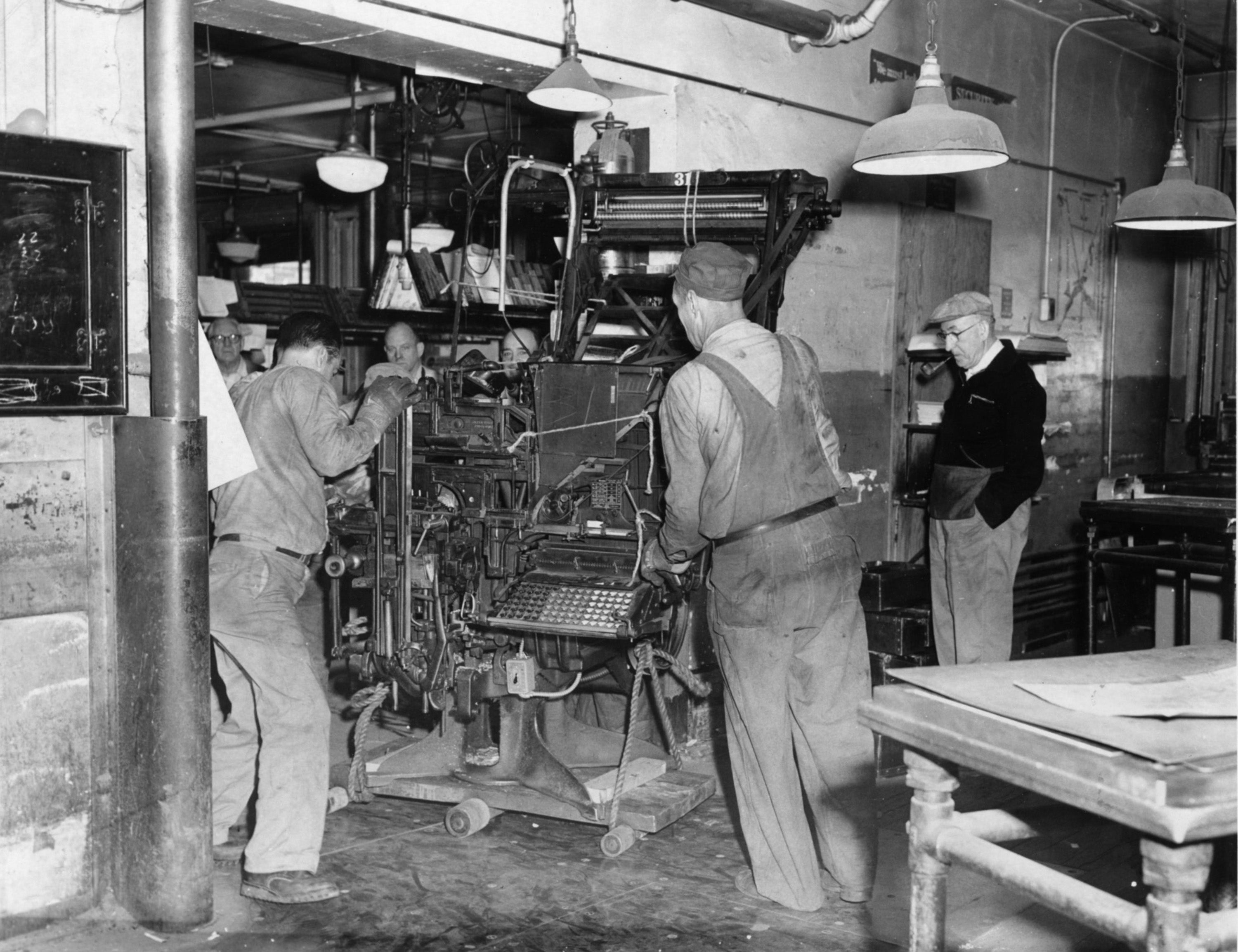 May 12, 1958: Moving day of the Globe from Newspaper Row to Morrissey Blvd.

The very first Globe building in which the inaugural issue was printed was only 20 feet wide, with a single press capable of handling 4,000 eight-page papers in an hour. Today, the Globe printing presses produce 600,000, 128-page papers in a six-hour press run. In looking at pages-per-hour, that means the Globe went from printing 32,000 pages an hour to more than 12,000,000, or an increase of 39,900 percent. 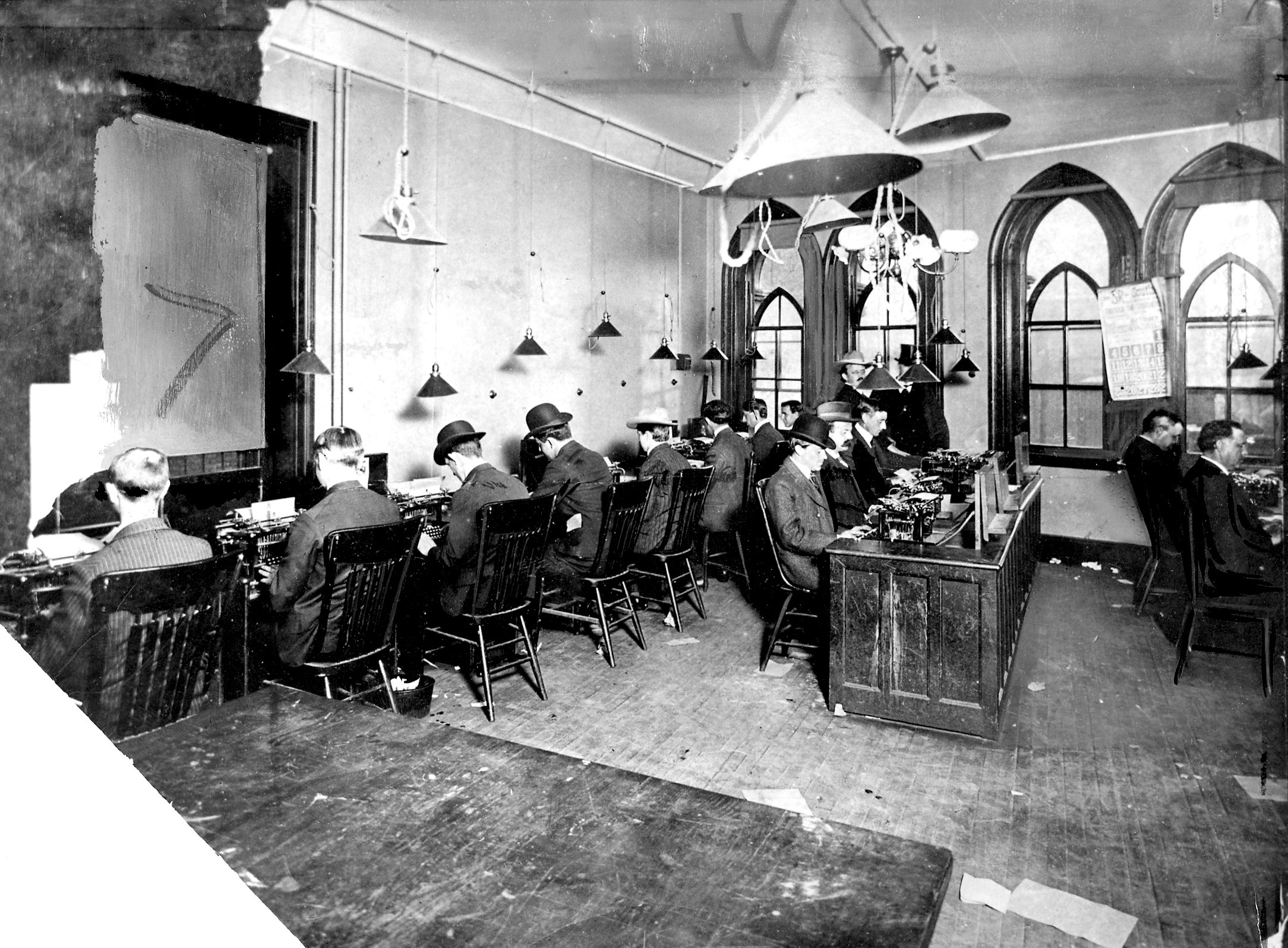