As recently as the 1980s, people in Boston said that on hot days in the North End, the smell of molasses reigned.

The reason? Boston’s Great Molasses Flood of 1919, one of the city’s most bizarre and deadly disasters.

Shortly after noon on January 15, 1919, as many Boston workers were taking their lunch break, a 2.5-million gallon tank of molasses on 529 Commercial St. ruptured, sending a “tidal wave of death and destruction stalking through the North End,” as The Boston Globe reported at the time.

According to varying estimates, the wave was 15 to 40 feet high, and moved at a speed of 35 miles per hour.

By the time authorities were able to wade through the reality of the gloppy disaster, 21 people were dead and roughly 150 injured. The wave “demolished” a number of buildings and nearly took out an approaching elevated train.

Around 20 horses owned by the city, “quietly munching their hay in their stalls, were smothered by the molasses where they stood.” The ones that weren’t killed directly by the molasses were so injured by the collapsed stalls that they had to be euthanized by police, according to the Globe.

Researchers at Harvard University recently determined that the cold winter air caused the molasses to rapidly thicken as it rolled through the streets. This made the syrupy wave even deadlier than it would have been in warmer temperatures. Half the people who were killed “died basically because they were stuck,” Harvard’s Shmuel Rubinstein told The New York Times last November. Others were crushed by the fallen debris.

In the end, the tank explosion and subsequent left several wiped-out North Blocks covered in scraps of metal, wood, and molasses. 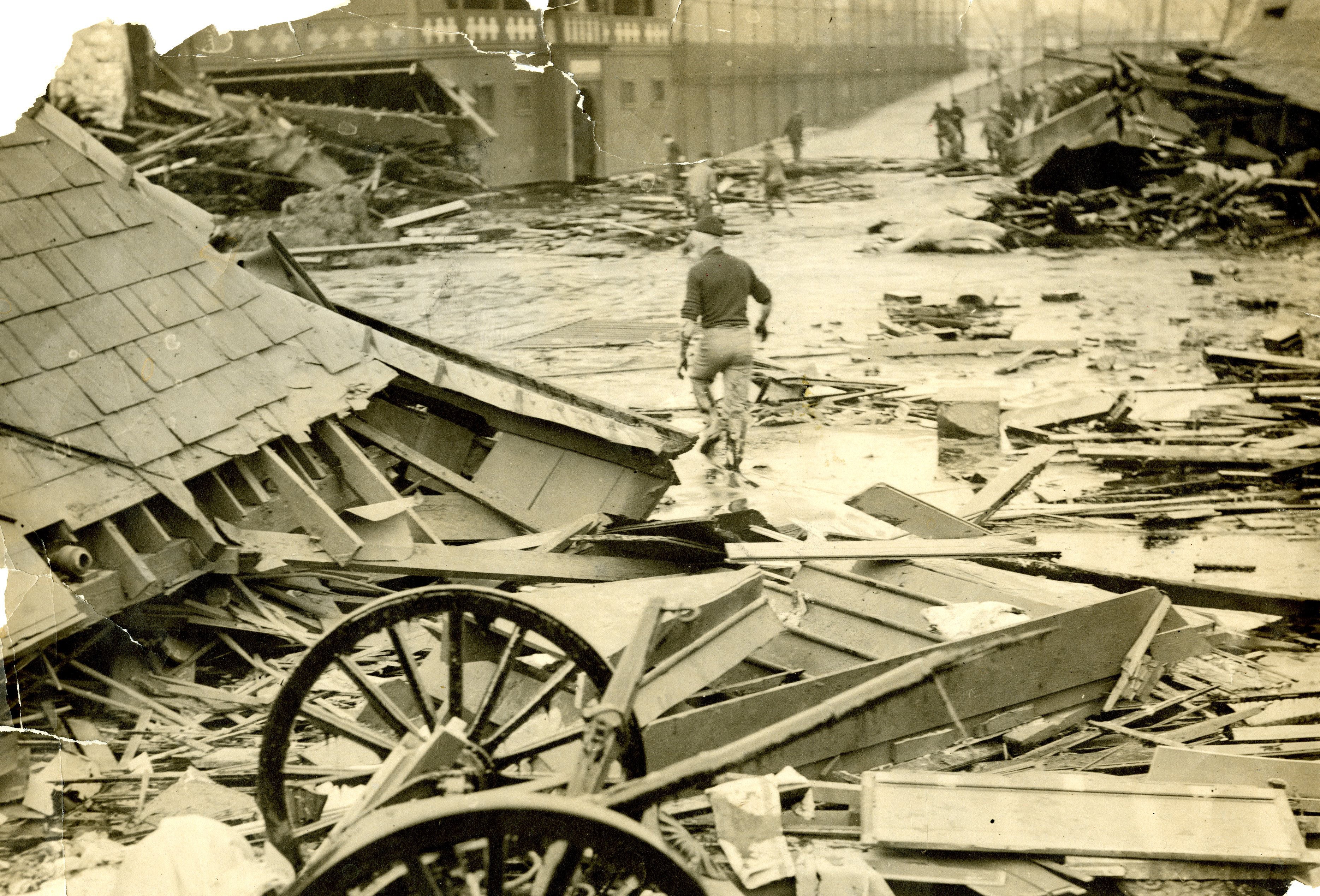 The gooey molasses formed a tidal wave that reached a depth of 15 feet and in places was 100 yards wide over a two block area.

A Smithsonian magazine article by Edwards Park recalled how the wave washed over nearby workers and schoolchildren.

The great brown wave caught and killed most of the nearby laborers. The fireboat company quarters was splintered. A lorry was blasted right through a wooden fence, and a wagon driver was found later, dead and frozen in his last attitude like a figure from the ashes of Pompeii.

It caught young children on their way home from the morning session of school. One of them, Anthony di Stasio, walking homeward with his sisters from the Michelangelo School, was picked up by the wave and carried, tumbling on its crest, almost as though he were surfing. Then he grounded and the molasses rolled him like a pebble as the wave diminished. He heard his mother call his name and couldn’t answer, his throat was so clogged with the smothering goo. He passed out, then opened his eyes to find three of his sisters staring at him. (Another sister had been killed.) They had found little Anthony stretched under a sheet on the “dead” side of a body-littered floor.

Di Staso’s sister, Maria, was among two 10-year-olds, along with Pasquale Iantosca, who were killed in the disaster.

According to Park, the massive molasses tank had been built by Purity Distilling Company to store the sticky substance to make rum.  According to the Globe, the fermented molasses was also used in munitions production. At the time of the explosion the tank had recently been filled, something that had only happened four times before.

In 2015, an engineer who studied the disaster told the Globe that several design flaws in the steel tank, including thin walls, led to the catastrophic rupture.

As Park wrote, the vast number of emergency responders and sightseers visiting the scene of the disaster during its cleanup also led to molasses being tracked across the Greater Boston area.

“Everything a Bostonian touched was sticky,” he said. 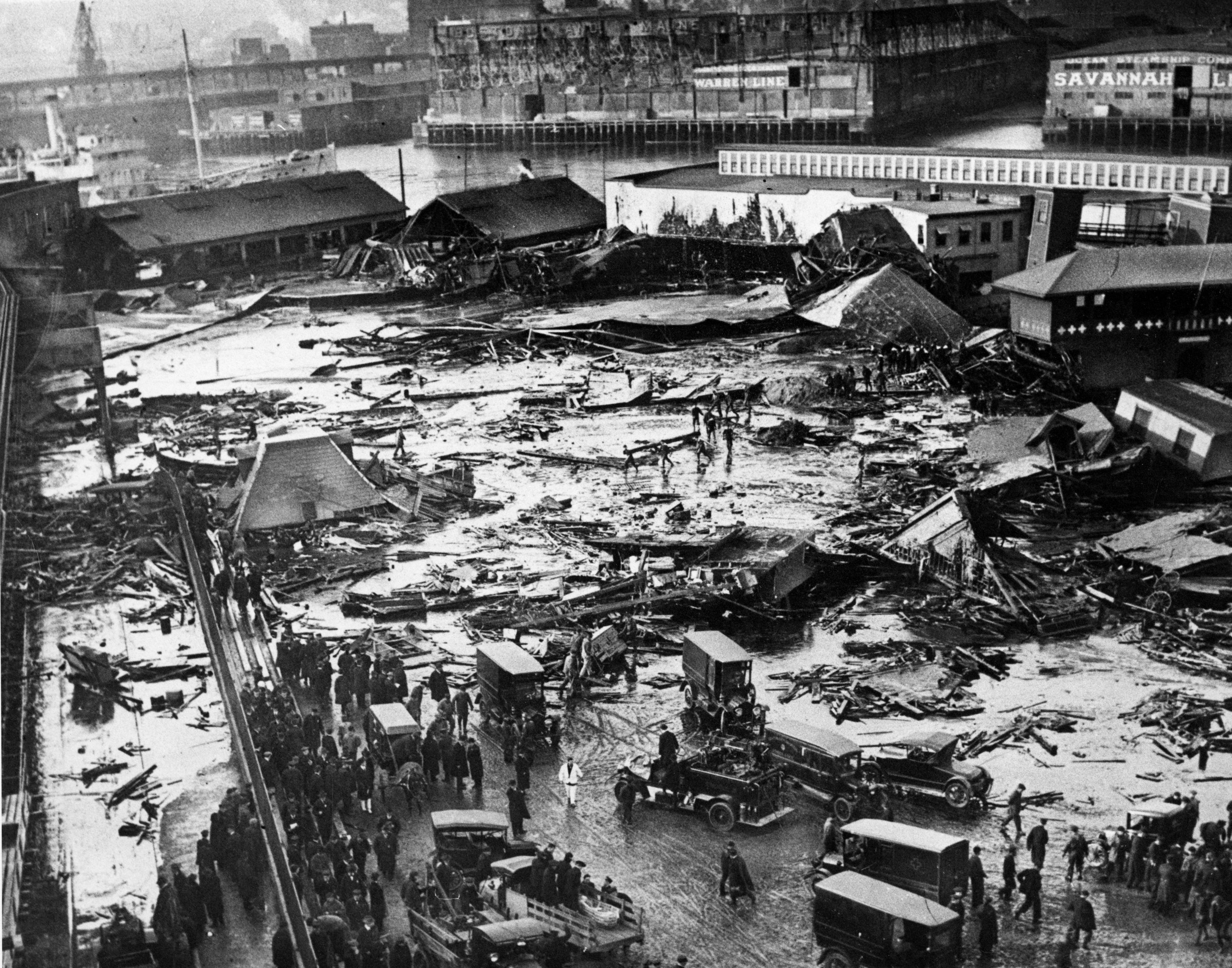 Boston, MA – 1/16/1919: Looking across North End Park on Jan. 16, 1919, the day after a giant tank at the Purity Distilling Co. on Commercial Street collapsed, sending a wave of an estimated 2.3 million gallons of molasses through the streets of Boston. The great molasses tank was located in the center of this picture. Sections of the metal may be seen at the extreme left and right in the picture. Twenty-one people perished, including two 10-year-olds, Pasquale Iantosca and Maria Distasio, who were collecting firewood near the molasses tank while home from school for lunch. 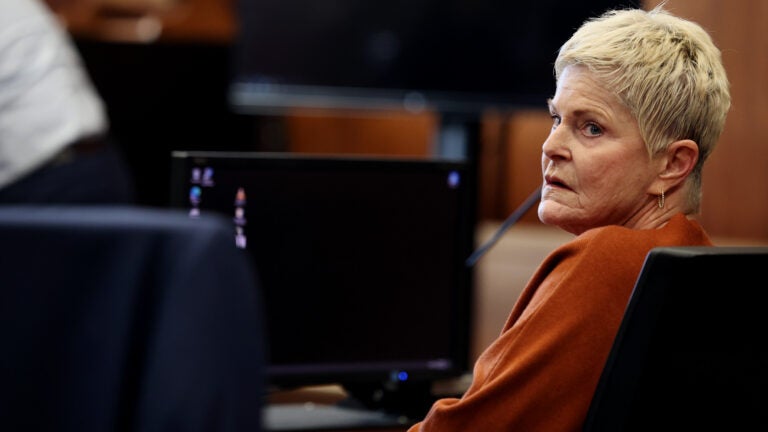