Thousands of people are expected to descend on the nation’s capital this week to protest President-elect Donald Trump’s inauguration.

The National Park Service has granted demonstration permits to at least 28 groups and is expecting more than 350,000 protesters. Of those, about 200,000 are participating in the Women’s March on Washington, according to Politico. In another form of protest, a growing number of lawmakers are simply refusing to attend at all.

“These are unprecedented numbers,” Mike Litterst, a spokesman for the National Park Service, told Politico.

Americans have protested incoming presidents throughout history, starting in the 19th century. Here’s a look at some of the most notable acts of dissent in inaugural history.

While some politicians refuse to attend the inauguration every four years, David King, a senior lecturer in public policy at Harvard’s Kennedy School of Government, says there’s one inaugural boycott that seems to have started it all. 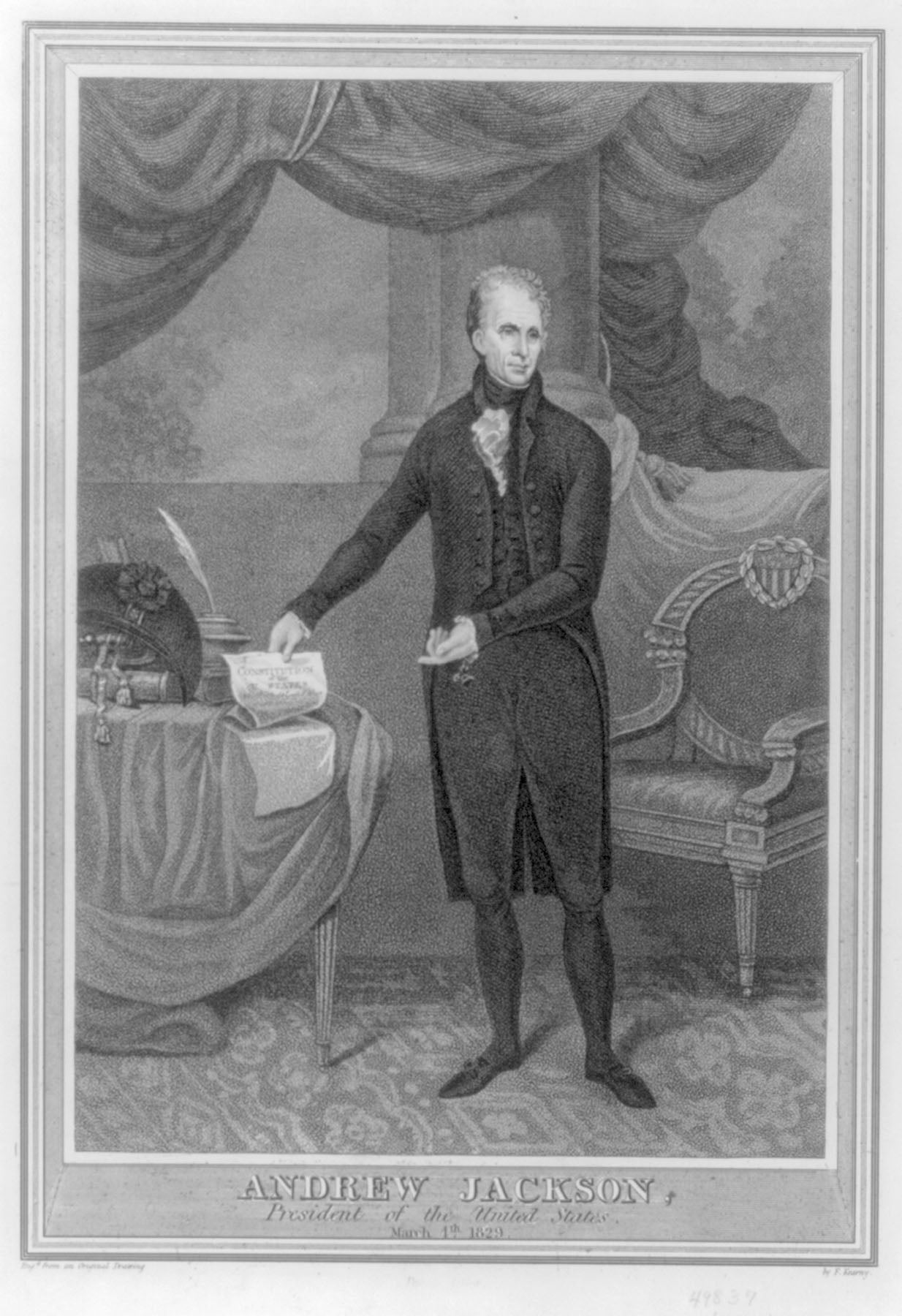 President John Quincy Adams of Braintree, Mass., refused to attend the inauguration of his successor, Andrew Jackson, in 1829.

“In some ways it’s actually an interesting parallel because Andrew Jackson was the first populist elected president, who really benefitted from a surge in turnout,” King said. “And some characteristics of Andrew Jackson, you certainly see in Donald Trump. His support comes not from any sort of political establishment. He’s the ultimate outsider candidate.”

King said there was a great deal of animosity directed at Jackson from Adams and his supporters. In addition to the outgoing president, a “large swath” of Congress also refused to attend the inauguration.

Jackson also made history after the ceremony, when he invited the public to the White House, according to King.

“They completely destroyed the furnishings and broke the windows, and there was a regular mass riot there,” he said. 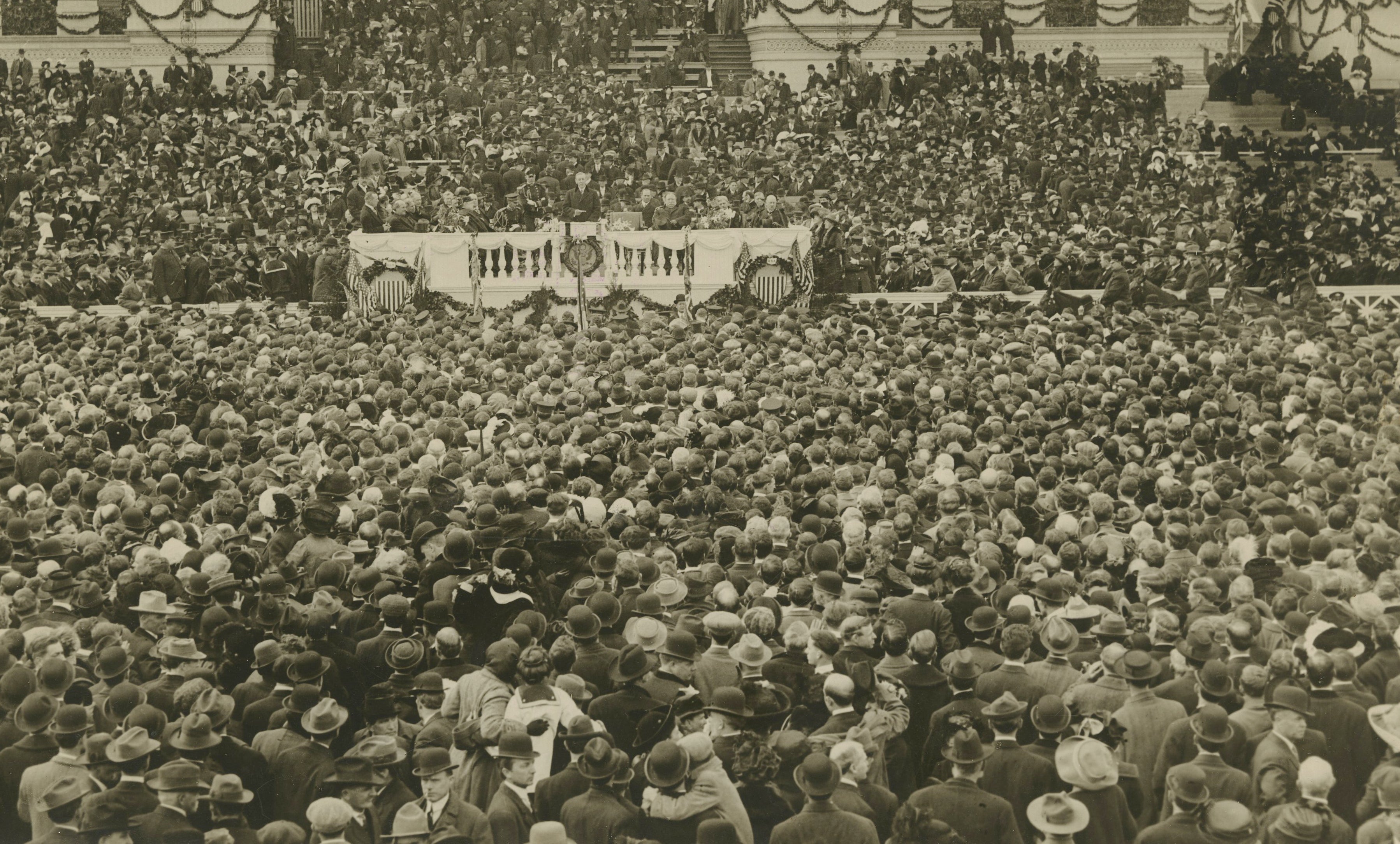 The inauguration of President Woodrow Wilson in 1913.

The day before President Woodrow Wilson took office in 1913, between five and eight thousand women marched down Pennsylvania Avenue in what inaugural historian Jim Bendat said was likely the first large-scale inauguration protest.

“It was a pretty big deal,” said Bendat, who wrote the book Democracy’s Big Day: The Inauguration of Our President 1789-2013. “There was some support, but a lot of the onlookers weren’t so pleased.”

The suffragists, who’d gotten a parade permit for the event, were pushed, spat upon, and beaten up, Bendat said. A number of the women were hospitalized, and the treatment of the women led to the firing of the capital’s police chief.

Four years later, the suffragists returned, this time to participate in the inaugural parade, which was the first time women got to march in the procession at all, according to Bendat. Protesters flocked to the capital for the inauguration of President Nixon in 1973.

Anti-war protesters threw burning miniature flags and stones at police during the inauguration of Richard Nixon in 1969.

About 500 people participated in the protests on Jan. 20, The Boston Globe reported the day after the inauguration. The paper reported it was first time in recent history that an inauguration fomented such backlash from protesters. 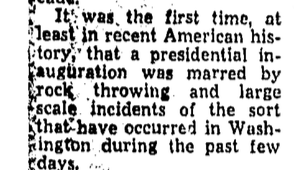 During Nixon’s second inauguration in 1973, a ‘massive, orderly’ anti-war protest was staged at the Lincoln Memorial, the Globe reported. The paper estimated 100,000 people were present and participated in a “March against Death.”

According to CBS News, 80 Congressmen joined the demonstrations and boycotted the inaugural ceremonies. 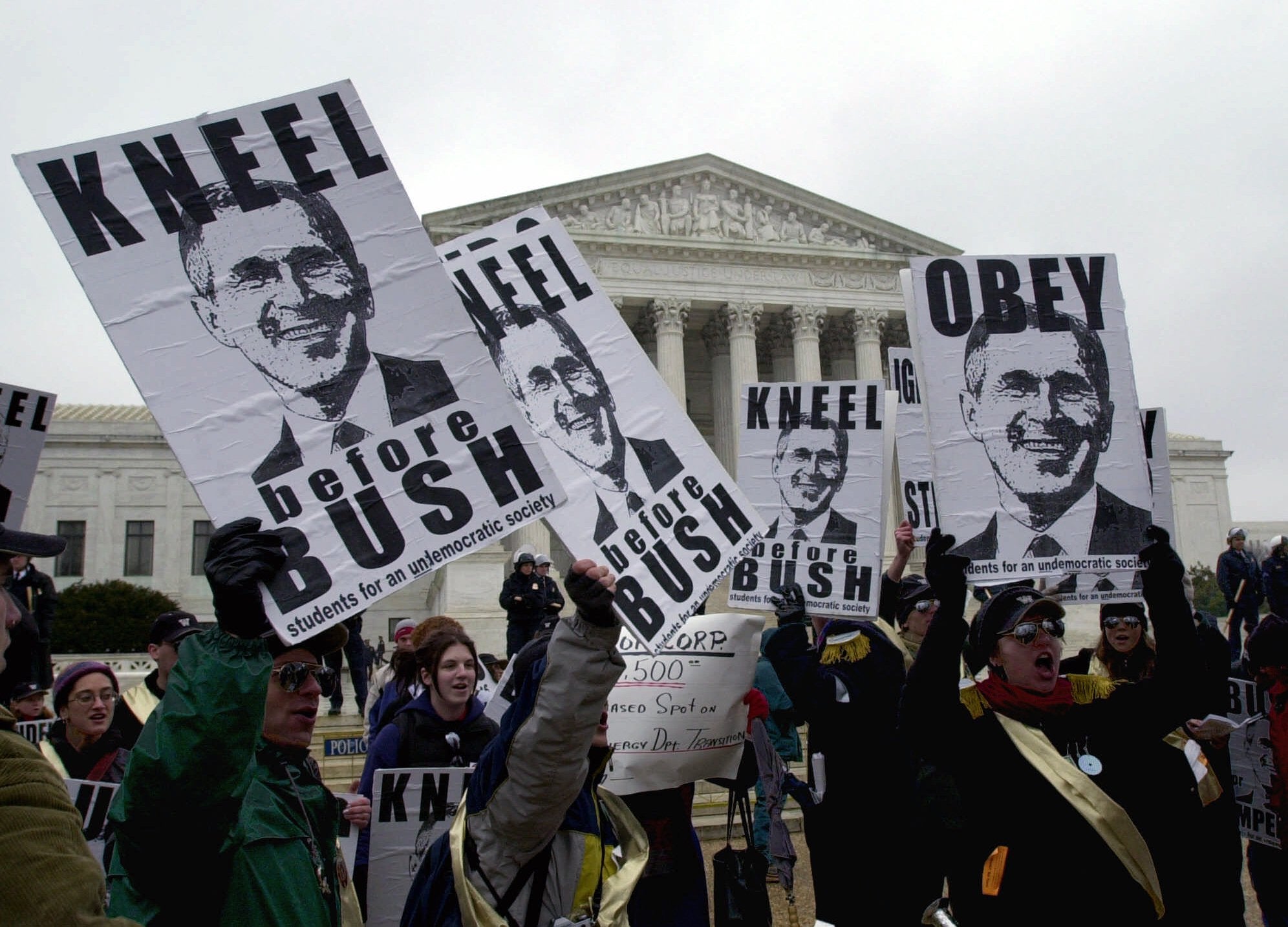 Demonstrators protest in front of the U.S. Supreme Court before the start of the inauguration of President-elect Bush on Jan. 20, 2001 in Washington.

The demonstrations at Bush’s inauguration in 2001 were the first major protests at a presidential inauguration since the anti-war protests against Nixon in 1969 and 1973, according to the New York Times.

At least 20,000 people demonstrated in the capital and along the inaugural parade route in defiance of the Supreme Court ruling that determined Bush won a razor-thin presidential race against Democrat Al Gore.

“Selected not elected” and “Hail to the thief” were some of the slogans on signs at the protest, according to Bendat.

Four years later, more than 1,000 demonstrators again headed to Washington for Bush’s inauguration, this time largely to protest the Iraq war, as the president was sworn in for his second term.

Bendat said the protests against Bush and Nixon stand out as the largest demonstrations in the history of presidential inaugurations.

“Absolutely, nothing else comes close to those two presidents,” he said.

It remains to be seen whether this year might be another one for the history books. 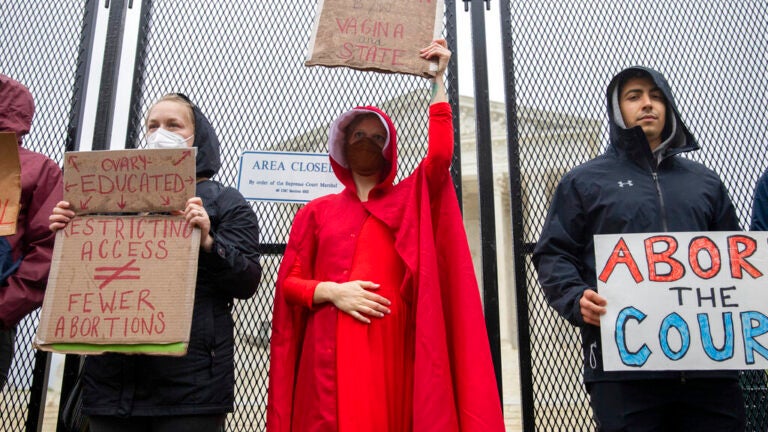 Abortion rights protesters rally in cities around US