Terrorism in Boston used to be a somewhat regular occurrence. And in 1976, the city saw it from all angles, from radical leftists to hardline busing segregationists.

However, the violence reached its pinnacle 41 years ago Sunday, when a series of four bombs targeted cornerstones of the area’s civic institutions. Two National Guard trucks at an armory and a plane at Logan airport were destroyed. Another went off in a Newburyport courthouse. A post office across the border in Seabrook, New Hampshire was also blown out.

No one was injured in the bombings. But the successive blasts did — both physically and psychologically — further rattle the area amid the nation’s bicentennial celebrations.

The explosions began early that Friday.

The first blast went off in the parking lot of the National Guard armory on Victory Road in Dorchester around 12:45 a.m., according to a New York Times report that day. The bomb “severely damaged” parked military trucks, the report said.

The next one came with a bit more of a warning.

“You better get clear of the terminal. A plane will he blown up,” a male voice reportedly said in a phone call to a female employee at the Eastern Airlines terminal at Logan International Airport. As promised, shortly before 2 a.m., an Eastern Airlines Electra turboprop liner was destroyed.

Less than an hour later, another blast 35 miles north reportedly took out a 10-foot-by-10-foot section of a brick wall at Essex County Superior Court in Newburyport. According to the Globe, the explosion could be heard four miles away and “badly damaged” the 171-year-old courthouse.

The fourth bomb at 11 p.m. that night — just seven miles away from the one in Newburyport — decimated the inside of the Route 1 post office in Seabrook, reportedly propelling its air conditioning unit 40 feet from the building.

The Boston Globe described the “eerie” aftermath at Logan that morning, as the predawn wreckage of the plane smoldered among patriotic decor celebrating the bicentennial. Broadcast footage of the scene shows emergency responders surveying the torched fuselage.

“What’s the world coming to?” a passenger of a nearby charter flight asked his flying companion, according to the Globe. She didn’t have an answer.

Neither did officials, at least in the hours immediately following the blast. But it didn’t take too long for them to begin linking the incidents together. Before both the Logan and Seabrook bombings, officials received a phone call warning of the imminent explosions.

“This is the Fred Hampton Peoples Force, and we are responsible for the bombing,” a caller reportedly told Boston police shortly before the Logan explosion. “You’ll receive further communiques and demands from us.”

Hampton was a Black Panther leader shot and killed by police in Chicago in 1969. A similarly titled group in his name was also reportedly suspected of the April 30 bombing of a power company in Augusta, Maine.

Nearly two weeks after the July 2 bombings, officials indicted four men in connection to them after they found weapons and bombs in a car abandoned by 23-year-old Portland, Maine resident Joseph Aceto, after he crashed it into a tree in Topsfield during a police pursuit.

The group, with the exception of Gullion, had first met during previous stints in prison and were “bitter” at the U.S. political and prison system, former neighbors and friends told the Globe. Aceto and Picarillo had reportedly become radicalized after being beaten and harassed by police officers or prison guards. In a letter to newspapers, the group wrote that they were “dedicated to fight imperialism/capitalism, racism, sexism, and the fascist judicial/prison system.”

According to the Globe, the FBI had already been surveilling the four men due to suspicion they were plotting to rob a bank in the northern Maine town of East Millinocket. Aceto later told police that they were planning to bomb the Massachusetts State Police barracks in Topsfield.

In 1979, the four men were ultimately convicted and given sentences of up to 15 years. Aceto was released within a year into a witness protection program for turning against his three co-conspirators and testifying for the government (he would later be arrested and convicted for burglary, murder, attempted murder, and kidnapping, and died in a Montana prison in 2014).

The nature and treatment of the 1976 bombing underscores a decade in which terrorism — carried out by a broad, ideologically diverse range of radical groups — was a far more regular occurrence in the United States. New England alone saw 10 different days of bombings in the 74 days from April 22 to July 4 that year.

According to the University of Maryland’s Global Terrorism Database, there have only been six attacks in the city since. 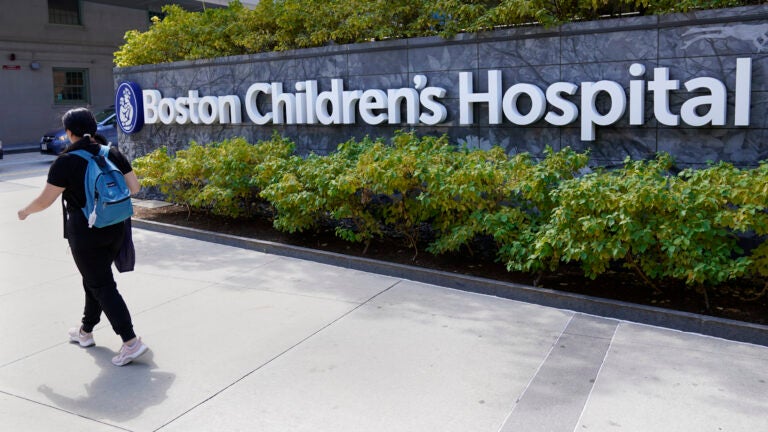