Last week, the National Archives released thousands of documents related to the assassination of President John F. Kennedy, hundreds of which had never before been publicly disclosed.

Those who’ve studied the assassination say the new records expand on what was known about the government’s surveillance of Lee Harvey Oswald, as well as a mysterious trip he made to Mexico City two months before the assassination.

But the latest records release is also just the tip of the iceberg of what’s expected to come.

Why are they being released now?

The latest records are being released due to the John F. Kennedy Assassination Records Collection Act, a law passed in 1992 requiring the government to preserve and release all assassination-related material within 25 years.

“This all goes back to Oliver Stone’s movie JFK back in the early 1990s,” says Philip Shenon, a former New York Times reporter and author of the Kennedy assassination book A Cruel and Shocking Act.

“Whatever you think of it as a film, it created such an uproar and it got so many conspiracy theories whirling that Congress felt it was forced to act,” Shenon said.

More than 4 million pages of documents on the assassination were released in December 1992. Some agencies like the CIA and FBI withheld some documents at the time, arguing their release could endanger government spies or informants.

The newly disclosed documents are believed to amount to only about 1 percent of the remaining unreleased records, according to Larry Sabato, the director of the University of Virginia Center for Politics and author of the book The Kennedy Half-Century.

The rest are expected to be released by the 25-year deadline this October, unless President Donald Trump acts to stop it (more on this later).

“One hopes that the remaining files might help us all better understand the mystery that still surrounds the assassination,” Sabato said, such as “lingering questions” about what the government knew at the time and the people directly or indirectly involved.

What do we already know?

Shenon says the “hidden chapter” of the Kennedy assassination story is a “strange” trip that Oswald — the man arrested for the assassination and shortly thereafter assassinated himself — took to Mexico City in September 1963, during which he met with operatives from Cuba and the Soviet Union.

According to Shenon, the records declassified in 1992 revealed that the CIA and FBI were surveilling Oswald, who had previously tried to defect to the Soviet Union, at the time and knew about his meetings in Mexico. However, those agencies did not alert the Secret Service, nor did they share that information with the Warren Commission, which was tasked afterward with investigating the assassination.

“There really was a cover up and the cover up was of just how much the federal government knew about Lee Harvey Oswald and how the CIA and the FBI had bungled a clear opportunity to save the president,” Shenon said.

Only after the 1992 act did information about the government’s knowledge of the trip become public.

“A lot of senior government officials who have reviewed the evidence over the years feel the big gaping hole in our knowledge of the Kennedy assassination is what happened in Mexico City,” Shenon said.

What’s new in the latest release?

Researchers are still working to sift through the document dump, which Sabato and Shenon say has been difficult due to both the volume and that, frustratingly, much of the material is illegible.

Some documents are duplicates of previously released, partially redacted documents. And many are in foreign languages, filled with code words, and are hard to put into context without an encyclopedic knowledge of the subject.

“It’s a little hard to tell what information is new,” Shenon said.

According to the National Archives, the latest release contains 17 audio files of interviews with Yuri Nosenko, a KGB officer who defected to the United States in January 1964. Nosenko claimed to have been the officer in charge of the file on Oswald during his 1959 trip to the Soviet Union.

Shenon told The Boston Globe that Nosenko “came forward to essentially clear the Soviet Union of any involvement in the assassination,” though officials on both sides debated the former agent’s credibility up until his 2008 death.

As Newsweek reported, Nosenko’s testimony had been marked “not believed relevant” until CIA counterintelligence officials took an interest in him out of the belief he was sent by Moscow to discredit another former KGB agent-turned-CIA informant.

According to Sabato, the documents released last week considered to be related to the Kennedy assassination are wide-ranging.

“The documents released this week cover a wide swath of time and events in the 1960s and ’70s, and even include several documents from the Clinton administration,” he said, adding that there are hundreds of pages on the 1968 assassination of Martin Luther King Jr. and the hunt for James Earl Ray, the man convicted for killing him.

Sabato said the newest records include about a dozen CIA files — some of which appear to be related to the “never-fully-explained” Mexico City trip — that were supposed to be released this week, but were withheld due to what the National Archives said was an uploading error.

Only scratched surface of new JFK files, but clear many insiders believed Oswald was ‘coached’ by Russians/Cubans during Oswald’s 1/

was in denying Mexico City trip. Then wife Marina also denied it even tho she knew. Key official at Warren Commission said in retrospect 3/

he wished he had “insisted” on “polygraphing Marina” about Oswald’s Mexico City trip. 4/

Shenon said he hasn’t come across any “blockbuster” documents and that presumably the most controversial material is still being withheld.

As Newsweek reported last month, a recent National Archives metadata analysis by the Mary Ferrell Foundation found that the final 113,000-page batch of unreleased documents includes 48 files about Mexico and Mexico City, as well as 71 about Russia and 68 about Cuba.

All the remaining assassination records must be public by October 26, the 25-year anniversary of the JFK Assassination Records Collection Act.

In May, an anonymous White House official told Politico that the Trump administration “is familiar with the requirements” of the 1992 law and is working with the National Archives “to enable a smooth process in anticipation of the October deadline.”

However, under the records law, the president also has power to block or postpone the release of some files. And according to Sabato and Shenon, at least two federal agencies plan to formally appeal the Trump White House to do just that.

“Which agencies? Which files? The officials would not say, but it is already known that the CIA, the FBI and the Justice Department prepared most of the still-secret documents,” they wrote last week in the Hartford Courant.

Sabato told Boston.com that expected appeals are hardly a surprise.

“Suffice it to say that for decades now, a few government agencies have been less than forthcoming about this sensitive subject,” he said.

Under the 1992 law, Trump could block documents for two reasons:

(i) continued postponement is made necessary by an identifiable harm to military defense, intelligence operations, law enforcement or conduct of foreign relations; and

(ii) the identifiable harm is of such gravity that it outweighs the public interest in disclosure.

According to Shenon, they do not know which files agencies want to be withheld. But he thinks the arguments made against their release in the 1990s — in the name of protecting the identities of 1960s-era spies and informants — are unlikely to pass muster today.

“It’s hard to believe these people are still alive,” he said.

Shenon and Sabato’s call for the release of the remaining assassination files have been echoed by former CIA officials and the judge who chaired the agency overseeing their collection.

Shenon said another concern during the 1990s was how the release of the Mexico City-related files could affect the United States’ relationship with Mexico, which was a close ally during the Cold War.

“Donald Trump may not have the same concerns about upsetting Mexico,” he said. 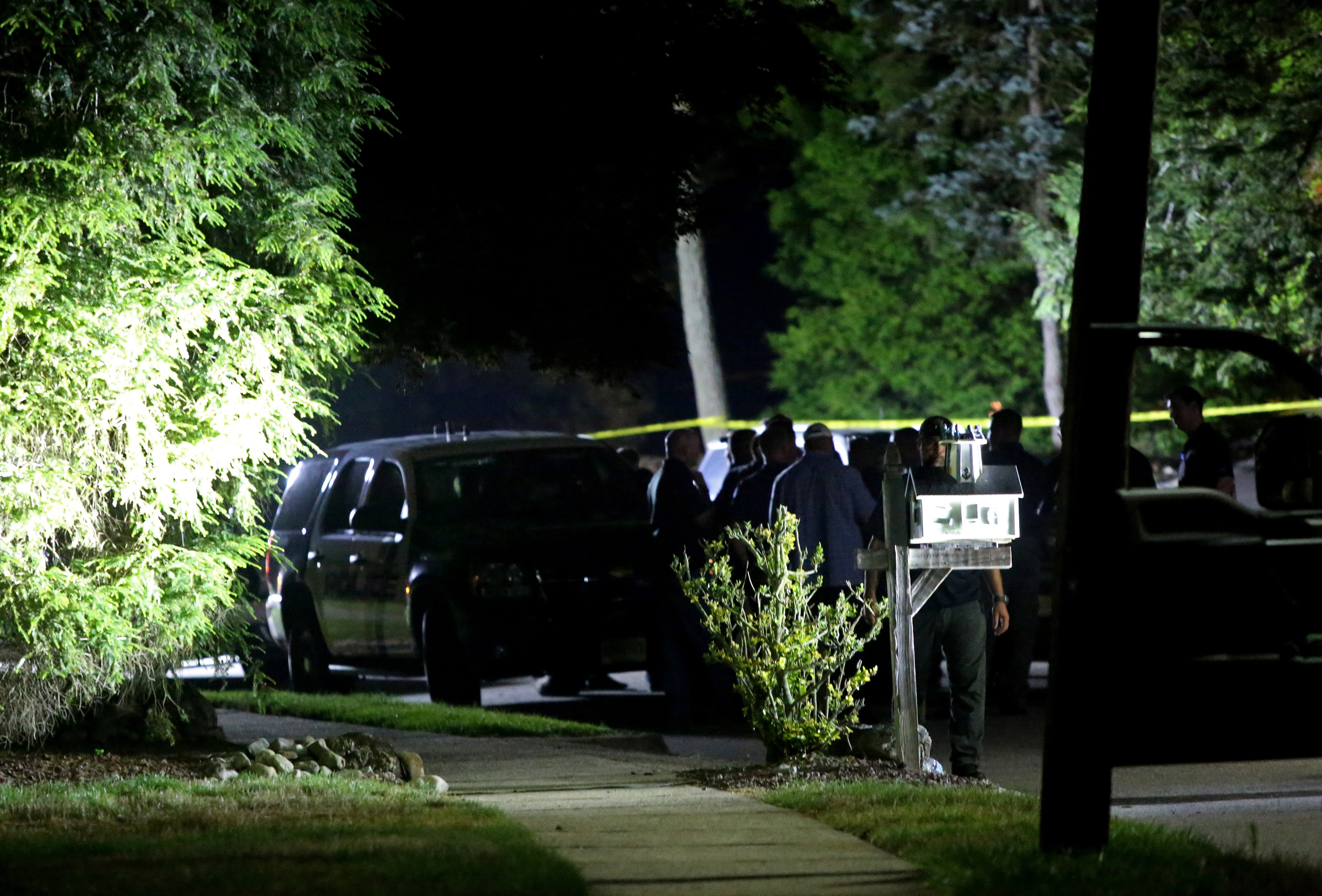