President Donald Trump says he won’t block the thousands upon thousands of government documents related to President John F. Kennedy’s assassination, which are required by law to be released Thursday. And to the likely chagrin of conspiracy theorists, experts and officials say there are unlikely to be any major bombshells in the massive document dump.

However, questions remain whether the public will actually get all the files and how much they will shed light on the motives of Lee Harvey Oswald or what the government knew about Kennedy’s alleged assassin.

1. It’s very possible that not all the records will be released

Trump’s tweet over the weekend contained an important “caveat,” according to former New York Times reporter Philip Shenon, the author of the Kennedy assassination book A Cruel and Shocking Act.

“Subject to the receipt of further information.”

The JFK Assassination Records Collection Act requires that “each assassination record shall be publicly disclosed in full” by this Thursday — which marks 25 years since President George H.W. Bush signed the law — unless the current president authorizes them to be withheld.

Shenon told Boston.com this week it was his understanding that the CIA was still working to persuade Trump to do just that, only further fueling the abundance of assassination conspiracy theories.

“If anything is held back, it just raises more suspicions about what is being hidden,” he said.

The National Archives says it has not been notified of any appeals against the files set to be released, but that “agencies are still reviewing the documents.”

Writing for Politico Magazine last week, Shenon reported that Trump was likely to block the release of some records amid pressure from the CIA. A White House spokesman told him that the administration was working to ensure the release of the “maximum amount of data.”

According to the 1992 law, Trump can block the release of files if he certifies that making them public would both pose “an identifiable harm to the military defense, intelligence operations, law enforcement, or conduct of foreign relations” and that such harm is “of such gravity that it outweighs the public interest in disclosure.”

JFK assassination experts previously told Boston.com upon the release of some records this summer that it would be tough to legitimately justify blocking records on those grounds today, 50 years since the assassination. But the White House says there are concerns over records that weren’t created until the 1990s.

“Unless there is a dramatic change of heart, there will not be an absolutely full release of this information,” an anonymous congressional official told Shenon last week. “I think you’ll see a lot of the files next week. Just not all of them, unfortunately.”

Even if not all of the files are released, there will still be plenty of material for historians and researchers to pore over. So much so that it will likely take weeks for even the most studied experts of the assassination to sift through and decipher the incredibly dense trove of information.

If this past July’s preliminary release is any indication, many files may be illegible, presented without context, filled with code words, written in foreign languages, or all of the above. Additionally, the Assassination Records Review Board, the independent agency tasked with reviewing the records, “cast a wide net” in what they considered assassination related.

“We assume that much of what will be released will be tangential to the assassination events,” the National Archives says on their website.

In total, the National Archives houses roughly 5 million pages of documents in the JFK Assassination Records Collection, 88 percent of which have already been released. According to the Archives, another 11 percent of the files are available, albeit with “sensitive portions” redacted.

That leaves 1 percent yet to be released. And while 1 percent of 5 million is still a lot — at least 3,000 never-released documents, as well as approximately 30,000 other files that were previously partially released — experts say JFK assassination conspiracy theorists may be disappointed.

“The odds that this 1 percent will provide proof of a conspiracy are slim,” Ken Hughes, a presidential researcher at the University of Virginia’s Miller Center, told Boston.com. “But they will fill in some important details.”

3. What did the CIA know about Lee Harvey Oswald?

Among the biggest questions that still linger about JFK’s assassination surround a trip that Oswald took to Mexico City in September 1963, during which he met with Cuban and Soviet operatives and attempted to get travel visas to the communist countries.

“This was less than two months before the assassination, so it will be interesting to learn what the CIA knew about his activities at the time,” Hughes said. “Did he say or do anything that should have set off alarm bells in the U.S. government?”

According to previously declassified records, the CIA and FBI were surveilling Oswald at the time and knew about the meetings. And as Shenon recently co-wrote in an August article, Oswald met with “a KGB assassinations expert who doubled as an accredited Soviet diplomat” and documents suggest he was “overheard threatening to kill Kennedy” during his visits to the Cuban embassy in Mexico.

However, the intelligence agencies never alerted the Secret Service, nor did they tell the Warren Commission, which was established shortly after the assassination to investigate the killings of Kennedy and of Oswald. According to Shenon, the recent preliminary records release increasingly showed how the CIA became concerned about why those proverbial alarm bells were never publicly rung.

“There really was a cover up and the cover up was of just how much the federal government knew about Lee Harvey Oswald and how the CIA and the FBI had bungled a clear opportunity to save the president,” Shenon told Boston.com at the time.

4. Real conspiracies — just not the ones you were looking for

Despite the concerns that Oswald was coached by foreign operatives, experts say there’s still no credible evidence showing that Cuba or the Soviet Union were involved in the assassination. However, conspiracy theorists may not be completely at a loss.

Hughes says this week’s release is expected to contain files on the United States’ efforts to overthrow Fidel Castro’s regime in Cuba, as well as the country’s involvement in the 1963 coup of South Vietnamese President Ngo Dinh Diem.

“If people are interested in what a real international conspiracy to overthrow a president in a military coup looks like, this report can tell them,” he said.

Among the records slated to be released include a secret CIA report on U.S. support for the South Vietnamese coup and records and documents related to Operation Mongoose, which was the Kennedy administration’s covert efforts to overthrow Castro.

“Several CIA officials testified to Congress under oath about attempts to use the Mafia to assassinate Castro, and their testimony is slated for release,” Hughes said.

These records are perhaps not as “tangential” as the National Archives might suggest.

According to Hughes, some conspiracy theories regarding Kennedy’s assassination speculate that the president was killed in retaliation for the attempts to kill Castro or for the assassination of Diem in the 1963 coup. Rather than prove these theories, Hughes says the release of the related files should dispel them.

“Conspiracy theorists have been frustrated because the records fail to substantiate their fantasies, but conventional historians are getting more of the documents we need to understand how JFK wielded power,” Hughes said. 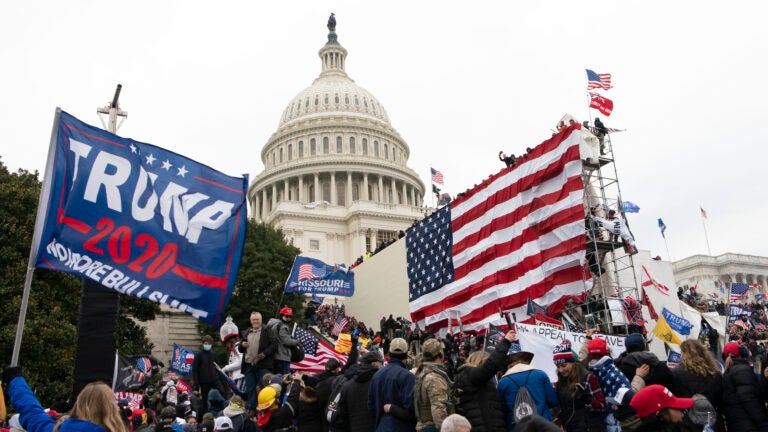