When Charles Dickens visited Boston at the height of his literary fame in the mid-1800s, his arrival was given the confidential treatment of a modern-day star trying to avoid the paparazzi.

Dickens was greeted by a crowd of reporters when he arrived in Boston Harbor on Nov. 19, 1867. To avoid them, he was secretly whisked from his ship straight to the hotel that would serve as his home base for the trip to America, the Parker House, known today as the Omni Parker House.

According to Susan Wilson, house historian for the Omni Parker House, the greeting was akin to a welcome from modern-day paparazzi.

“They knew he was coming in, and he was the 19th century counterpart of a rock star,” she said. “So rather than have all these people descended on him, they kind of sneaked him out.”

At the time, Wilson said the Parker House had a reputation for two things: the fine food and accommodations it offered and its status as the designated meeting place for the Saturday Club, a social and literary group started by Ralph Waldo Emerson in 1855 whose members included Henry Wadsworth Longfellow and James Russell Lowell.

Dickens was friendly with Longfellow and other members of the club, so it was logical for him to stay at the Boston hotel, Wilson said.

“It kind of brought full circle the greatest English-speaking literary person in the world and the first great American authors that were writing about American things,” she said.

At the Parker House, the author of Great Expectations and David Copperfield was given a special suite, which became his home base for his five-month reading tour in the United States.

“To contemporary audience that sounds — ‘Oh, well reading ‘ — but since he was such an amazing actor, it was much more than a reading tour,” she said. “It was really a performance he would give from readings of his books.”

A renewed celebration of Christmas in Boston 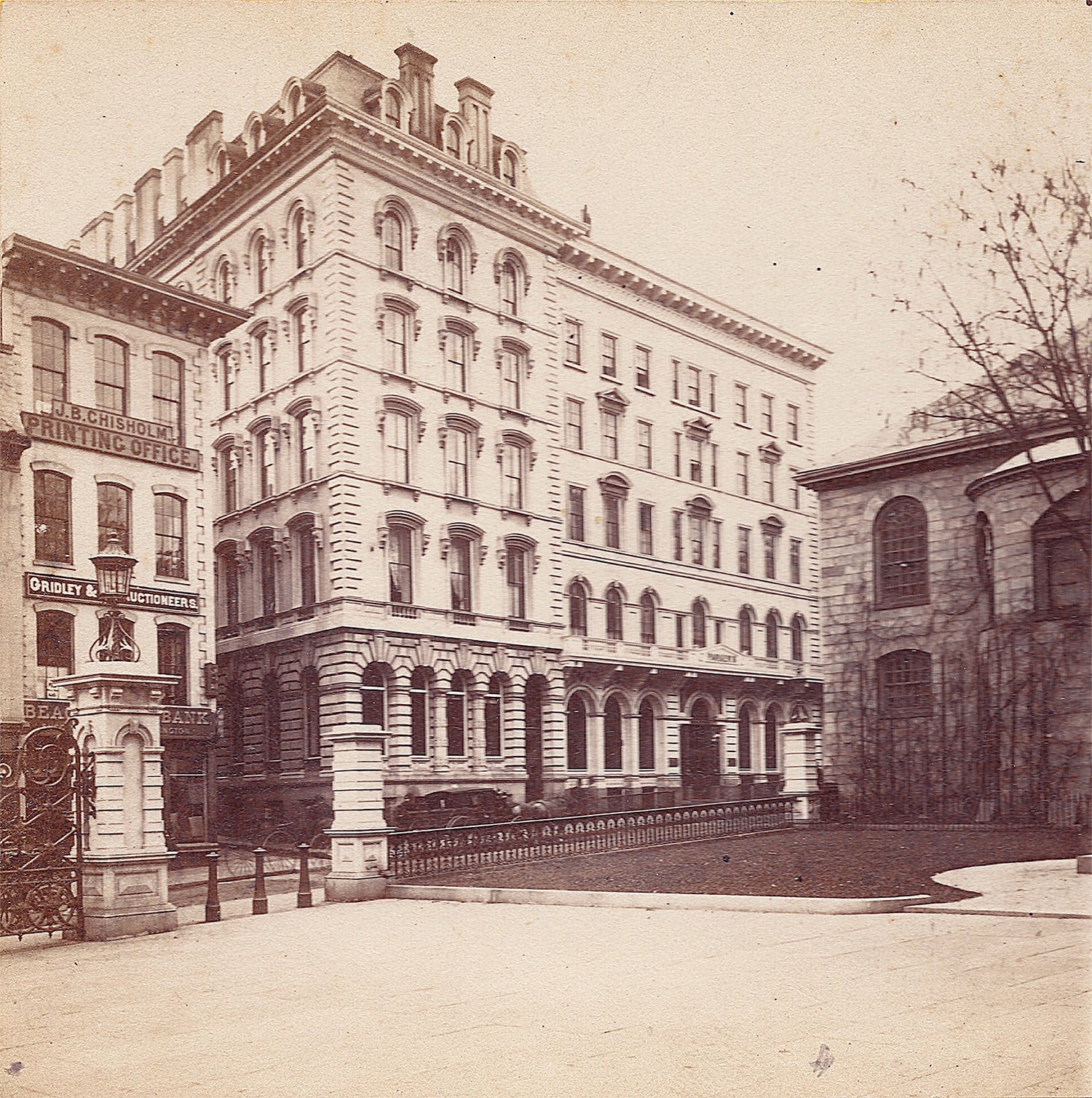 Dickens’ visit to Boston in 1867 was met with great excitement from Bostonians who had already come to love his Christmas novella and were eagerly awaiting the chance to see him read from it.

His visit coincided with renewed interest in the holiday in Boston, where Christmas wasn’t celebrated for centuries. The celebration of Christmas in Massachusetts and Boston was officially banned in 1659 by the Puritans.

Wilson said the Puritans thought of Christmas more as a time when people went out wassailing, a custom that generally consisted of inebriated adults, often of lower economic classes, going out and begging or demanding food from wealthy people in exchange for toasts.

Puritans didn’t like the practice. They also disagreed with recognizing Dec. 25 as the day Jesus Christ was born, believing the date was chosen to overlap with the Roman festival ‘Saturnalia.’

By the early 1800s, however, the prevailing sentiment about Christmas had changed.

In Boston, Catholic immigrants from Italy and Ireland were importing their own Christmas celebrations. Americans were also “loving all things English,” and a photo of Queen Victoria with a Christmas tree was reprinted and widely distributed in the U.S., Wilson said.

When A Christmas Carol was published in 1843, Wilson said the now-classic tale fed into the burgeoning Christmas spirit in Boston.

“A Christmas Carol brought out the idea of joy and family and the Scrooge, where basically you can be redeemed overnight if you give to other people and appreciate and love instead of being a Scrooge,” she said.

A cold, a mirror, and a ghost

At the Parker House, despite the fact that he was suffering from a cold, Dickens practiced the exaggerated voices and facial expressions for each character — from Tiny Tim to Scrooge himself — in front of the large mirror in his room. 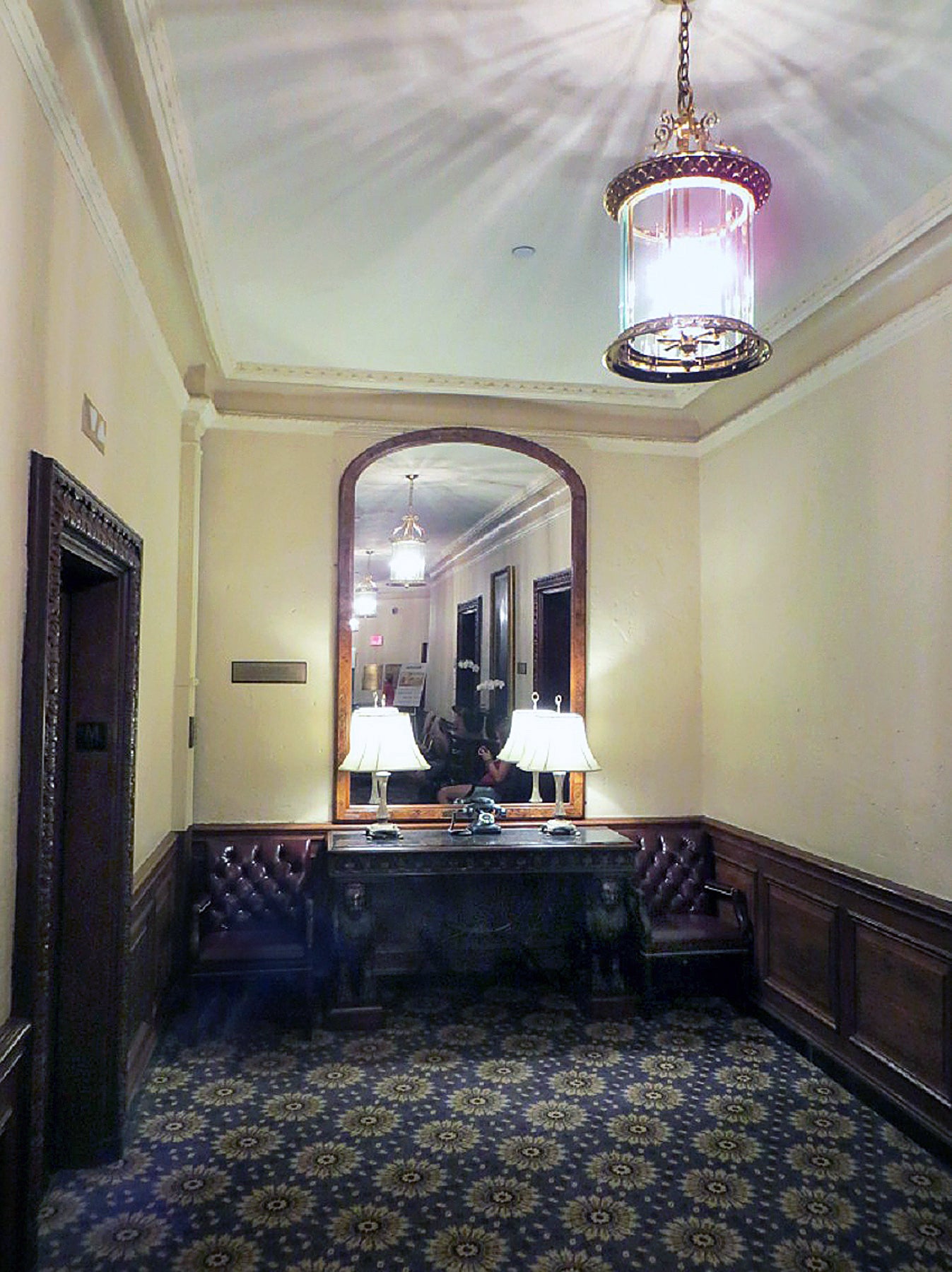 The Dickens Mirror on Mezzanine Level of the Omni Parker House.

Wilson said the hotel had to place armed guards outside to keep fans out while Dickens was staying there.

“He was known for wearing a big fur coat with the fur on the outside, and if people saw him in the street, or were able to get to him beyond the guards, they would often grab at the fur coat so they could get a handful of the fur and say, ‘Oh I got a handful of Charles Dickens,’” she said.

Standing at a waist-high podium desk with a block for his elbow and a rail for his foot, the author did a 90-minute reading from his novella while snow fell on the city outside.

“People were blown away,” Wilson said. “They laughed, they cried, they were taken to tears because his characters were just amazing.”

The New York Times heralded the event as “one of the most appreciative, fashionable, and brilliant audiences ever assembled in New England.”

Today, visitors to the hotel can see the mirror he practiced in front of inside a conference room aptly named “The Dickens Room.” The door to the suite once occupied by Dickens can be viewed in the hotel’s history gallery.

The author’s presence at the hotel purportedly still exists in spookier forms, too, if local legends of the hotel being haunted are to be believed. According to Wilson, the hotel’s No. 1 elevator sometimes gets called to the third floor — but when the doors open, no one is there.

Dickens stayed on the third floor during his visit at the hotel.

Wilson said she’s been told by hotel workers through the years that people were brought in to try and fix the elevator, but “no one could explain it.”

“The legend is that it’s just Dickens’ ghost, messing with us,” she said.