Want to reminisce about Boston in the ’70s?

WBZ is airing a special on the Blizzard of ’78 at 8:30 a.m. Sunday for the upcoming 40th anniversary of the infamous storm, and Promotions Director Sean Barnacoat shared a clip Wednesday of the news segment of people stranded in the Boston Garden at the Beanpot—complete with perfect Boston accents.

some of the BEST #Boston accents I’ve ever heard in this video…#Beanpot fans stuck inside the Garden during the Blizzard of ’78… @WBZ‘s special on the storm’s 40th anniversary is this Sunday at 8:30am. @LenBermanSports pic.twitter.com/rkCmQLbdpj

“I’m getting home on Southern Comfort and 7 Up,” one fan says during the TV4 Sports report.

“We have a car here. It’s parked in the parking lot next door,” another says. “We’re going to go outside, we don’t even know what it looks like outside yet. And we’ll go outside and make a decision. If we can’t get home, we’ll stay here and have a few beers ’til the bars close at 2, and then we’ll come back in here and party.”

“They slept on the floor of the visiting locker rooms,” reporter Gail Granik says in the video, “in the Blades and Boards Club; many just roamed the halls taking the free food and coffee offered by the management.”

Here’s a guy in a Boston bar dancing during the blizzard of 1978. 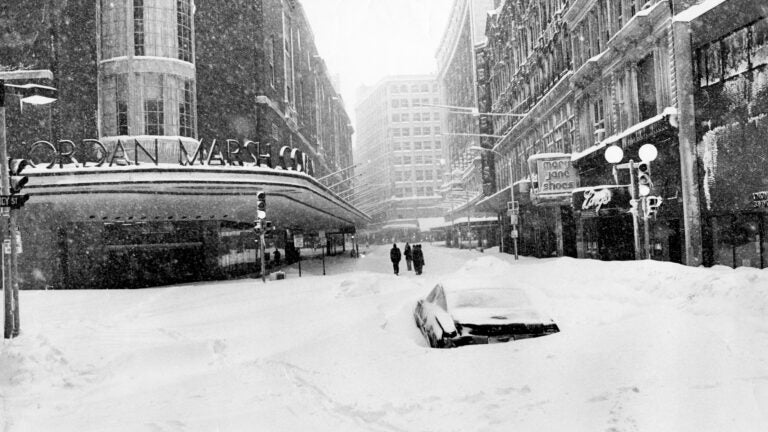