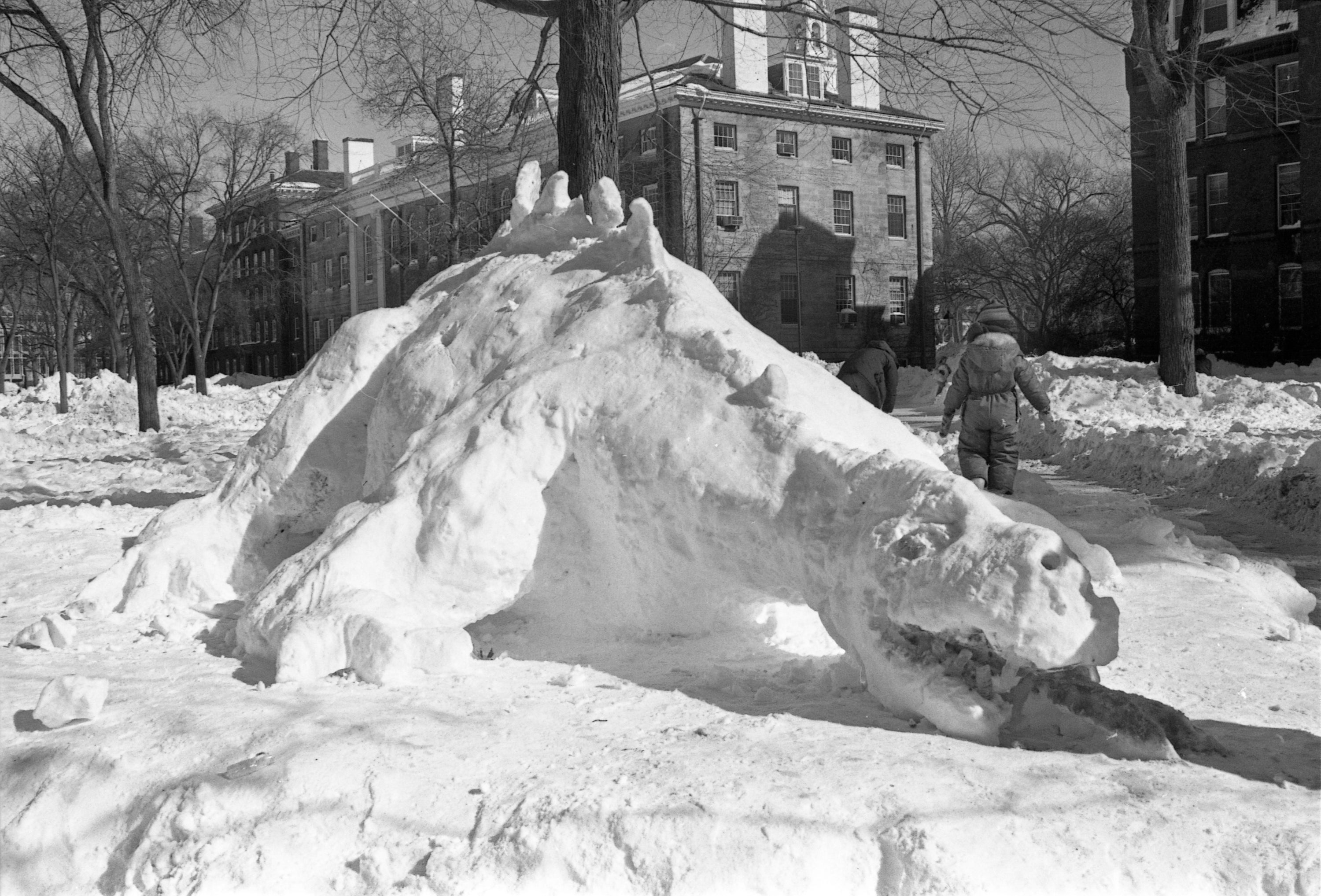 A dinosaur sculpted from snow is pictured in Harvard Yard following the “Blizzard of 78” on Feb. 11, 1978. 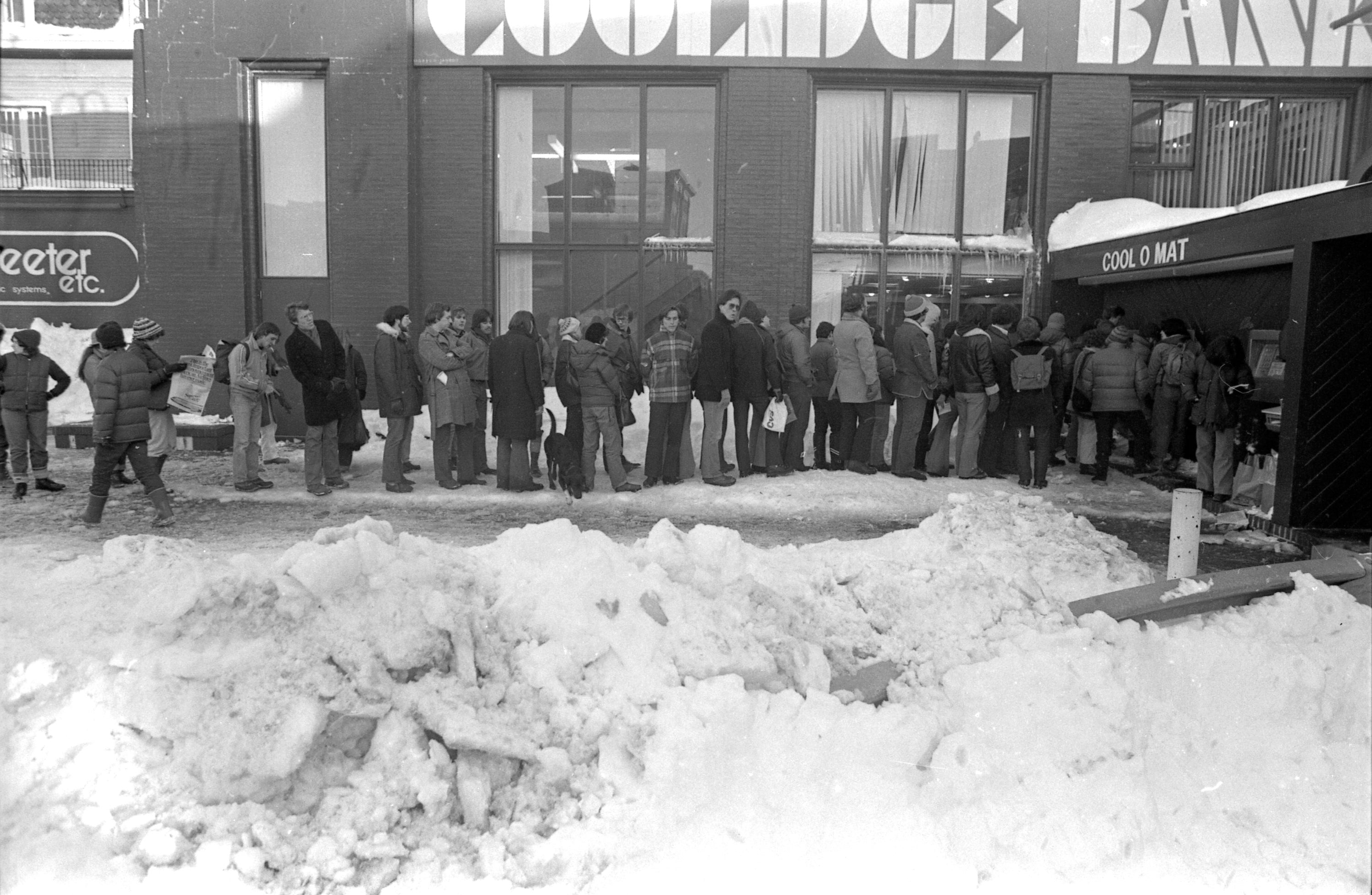 People line up outside the reopened Coolidge Bank in Harvard Square on Feb. 10, 1978 following the blizzard. 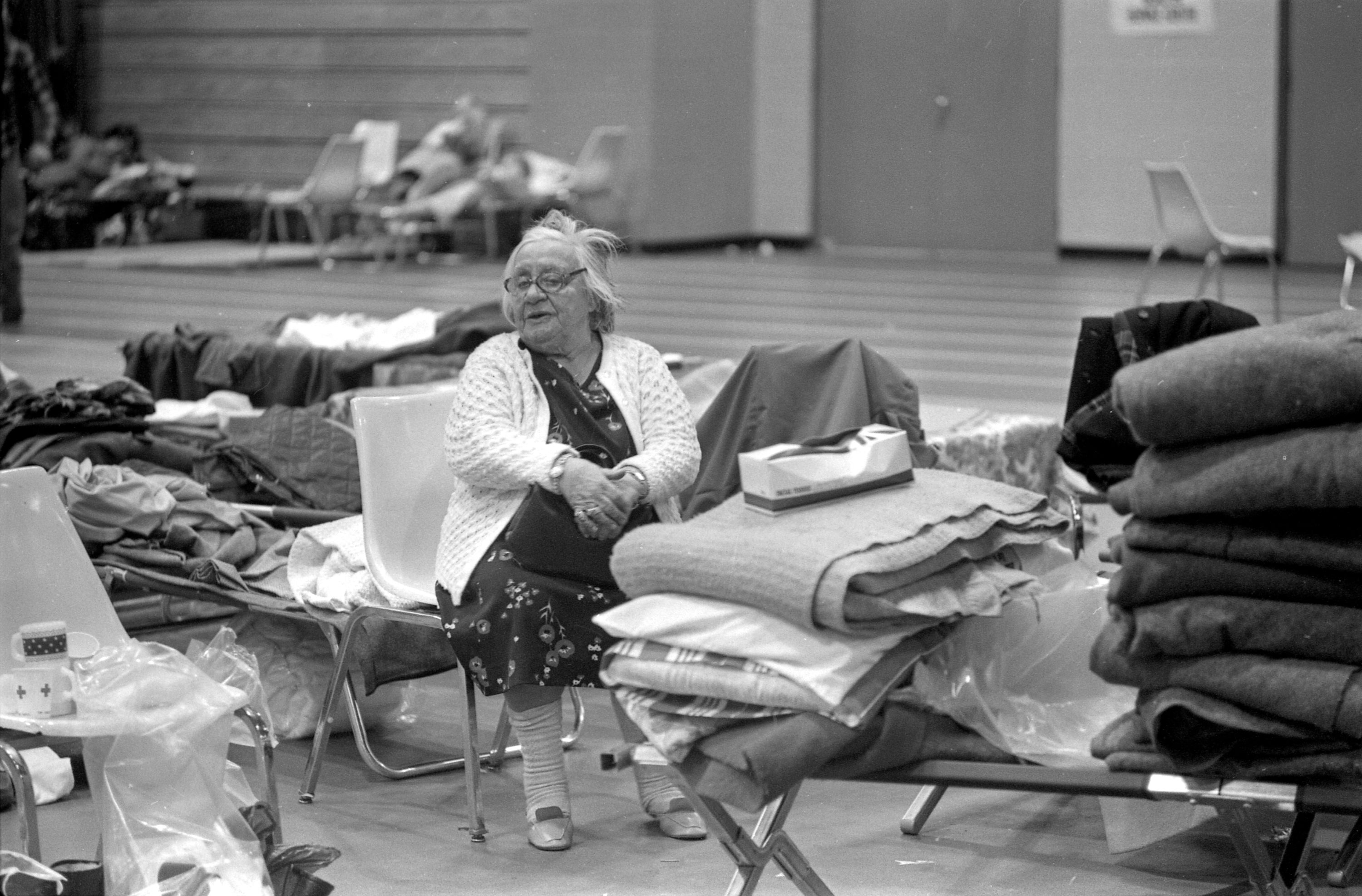 An elderly woman displaced by the “Blizzard of 78” sits surrounded by cots after seeking safety at the Revere High School gym on Feb. 10, 1978. 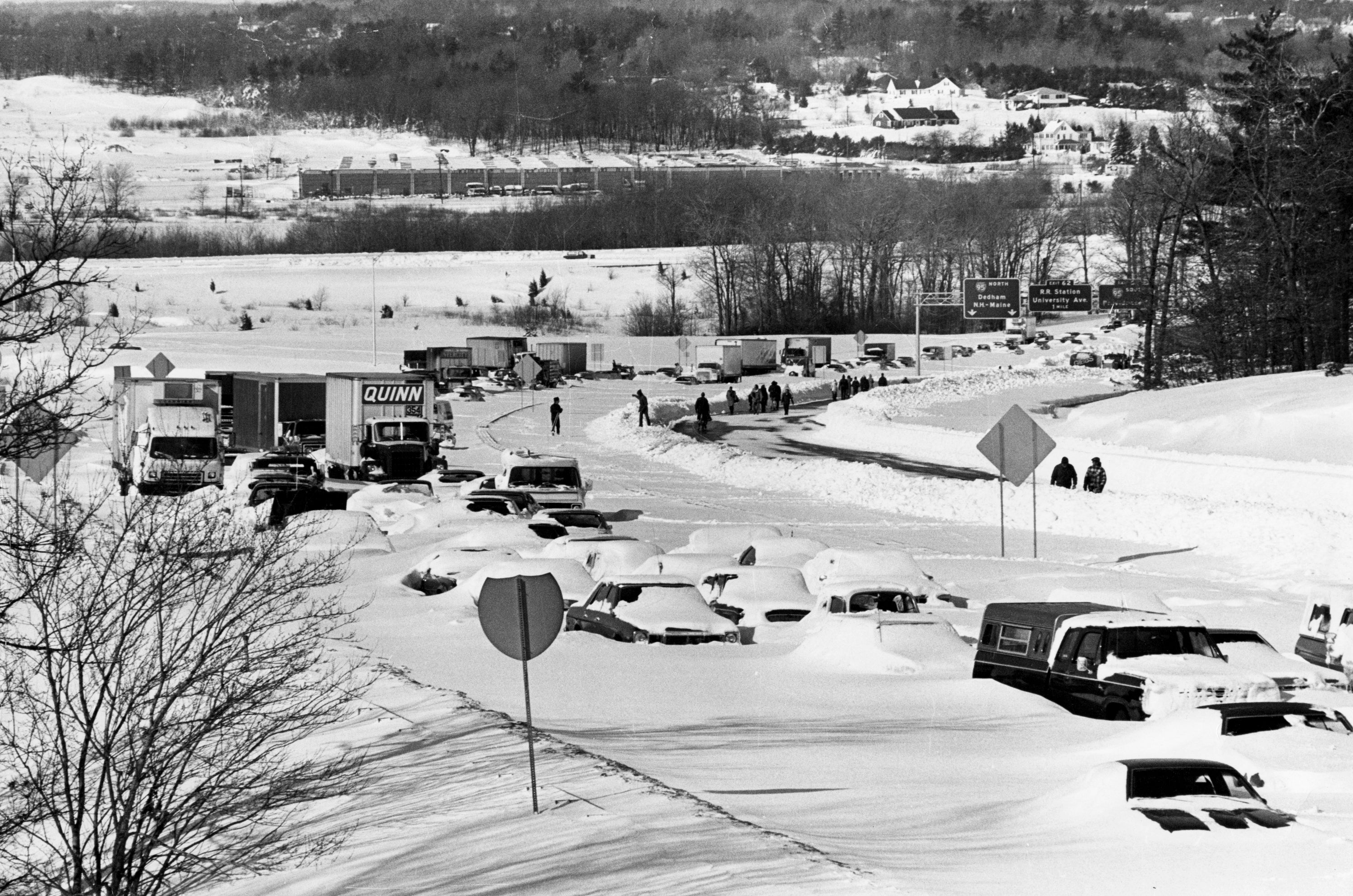 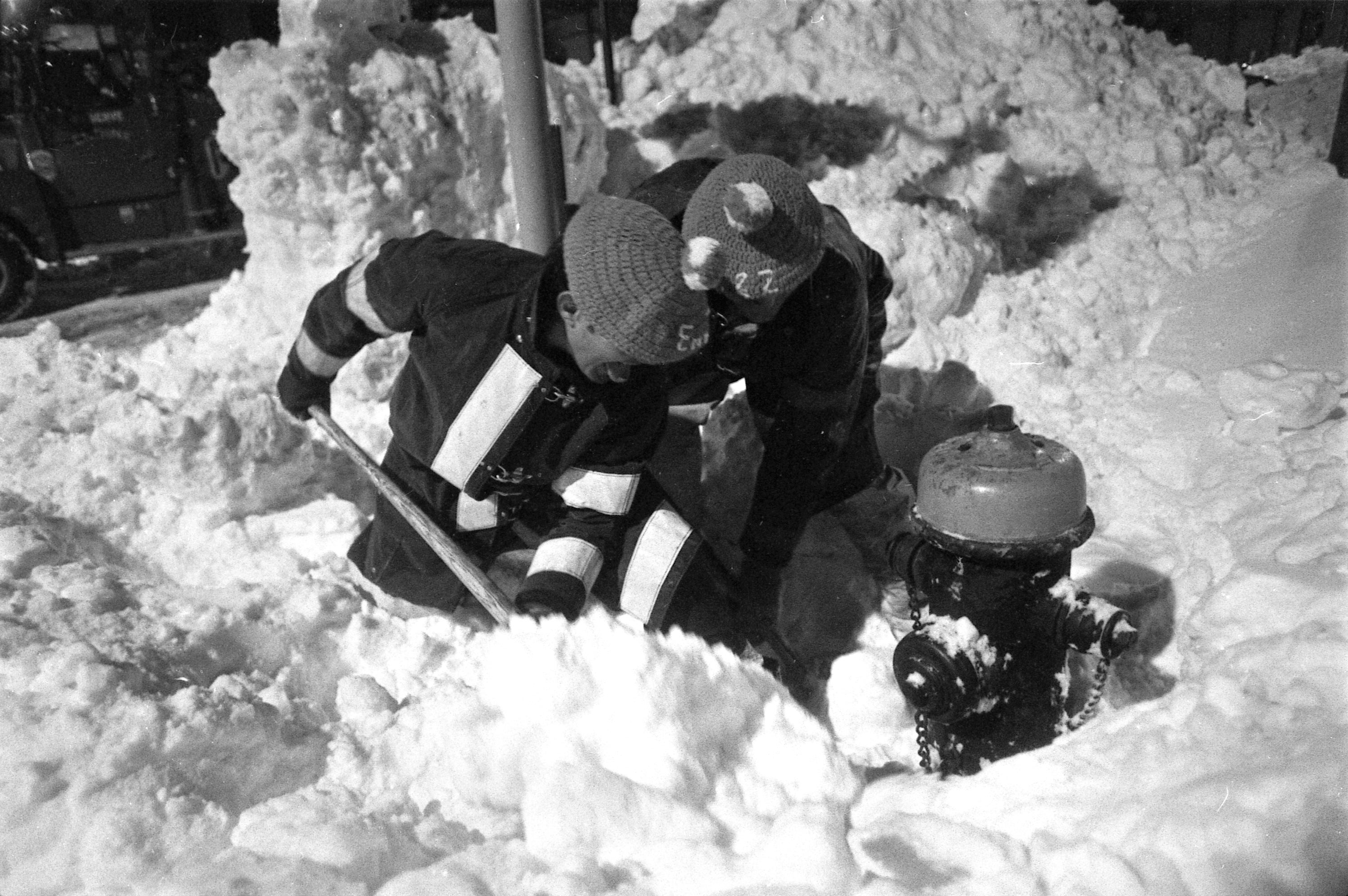 Firefighters Pat Moni and Dick Laureana of Engine 22 dig out a hydrant on Massachusetts Avenue in Boston on Feb. 10, 1978. 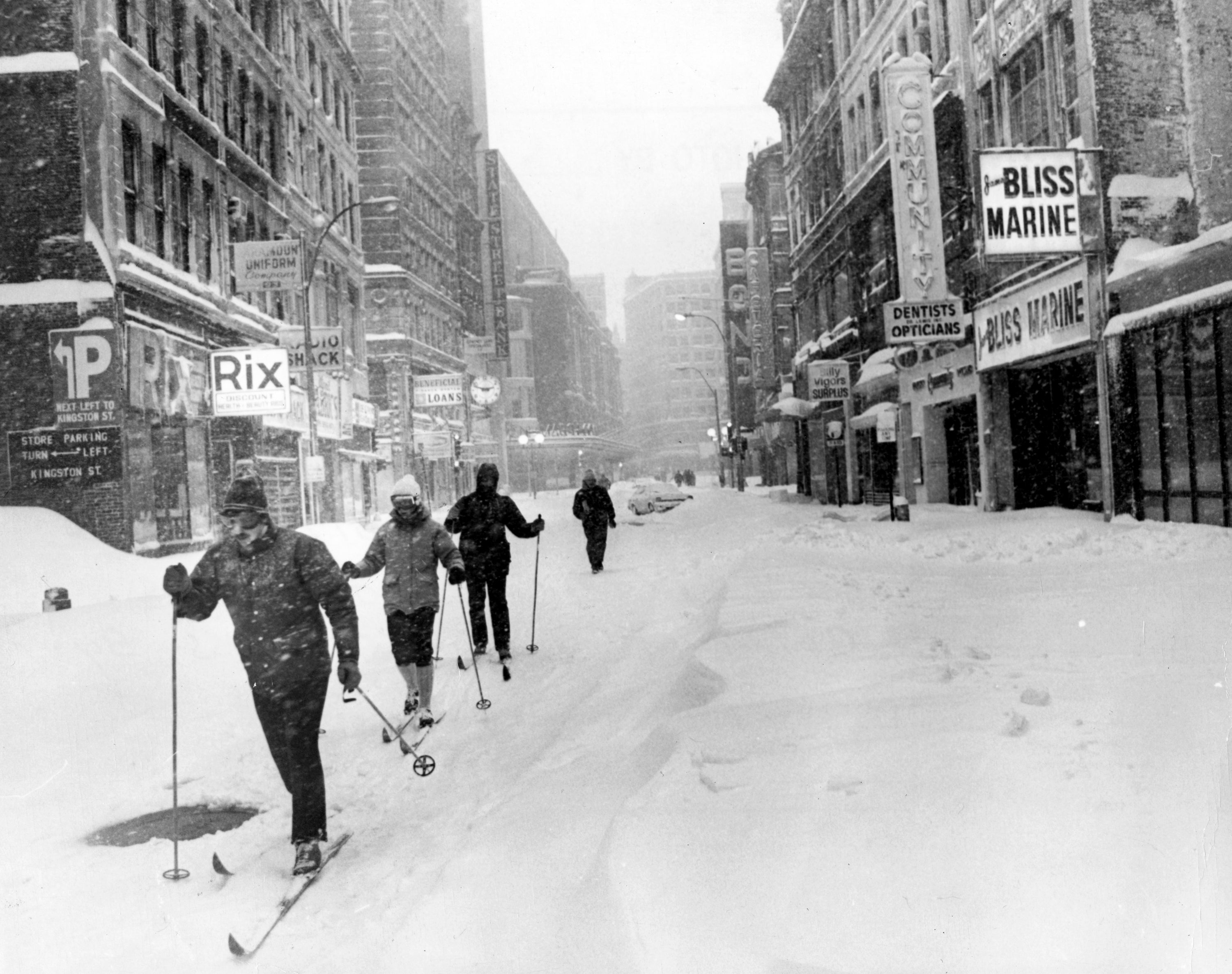 People used cross-country skis to get around Boston on Feb. 7, 1978, during a record-breaking blizzard. 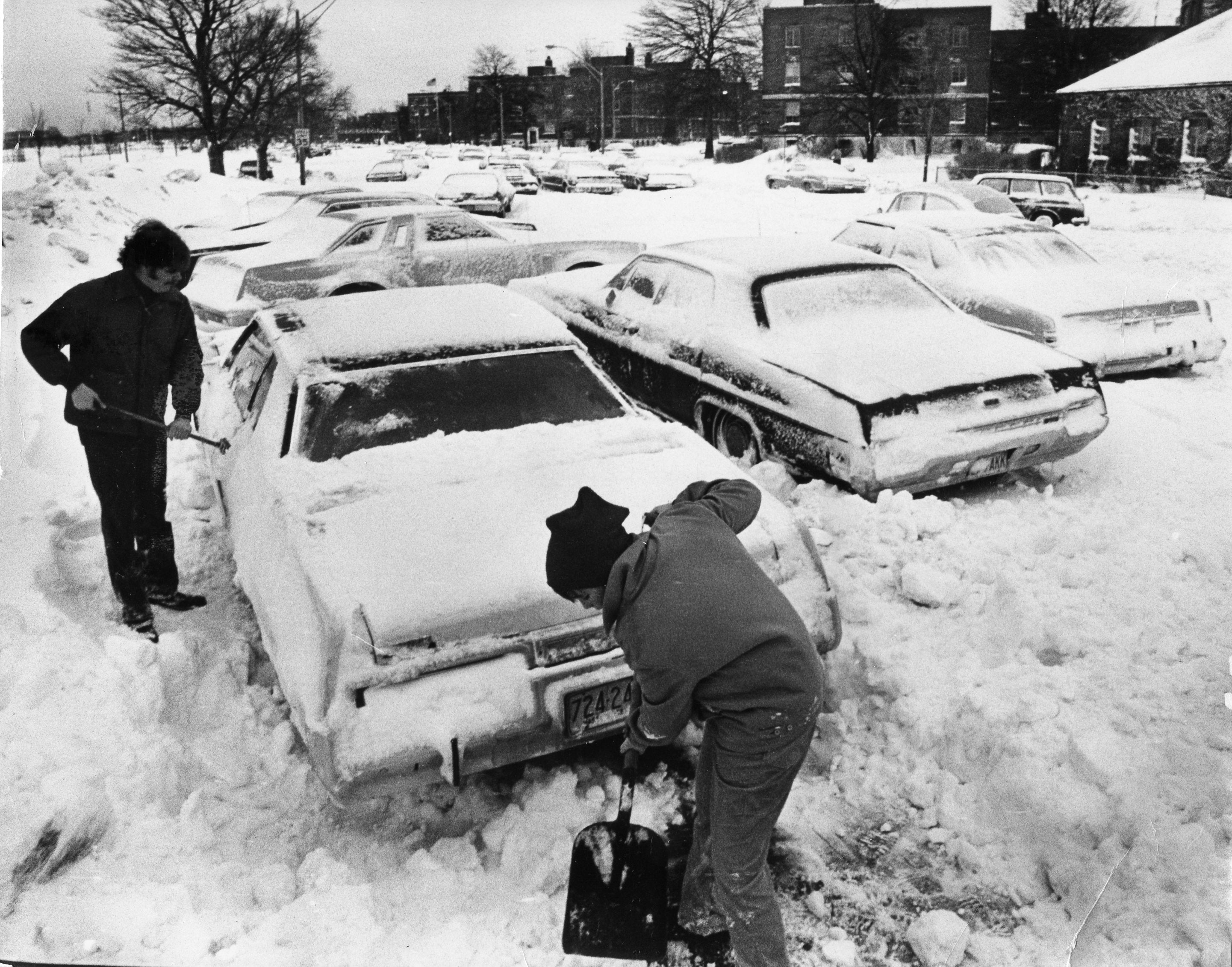 John Lewis and Billy O’Neil work at digging out a car on Old Colony Ave. in South Boston. 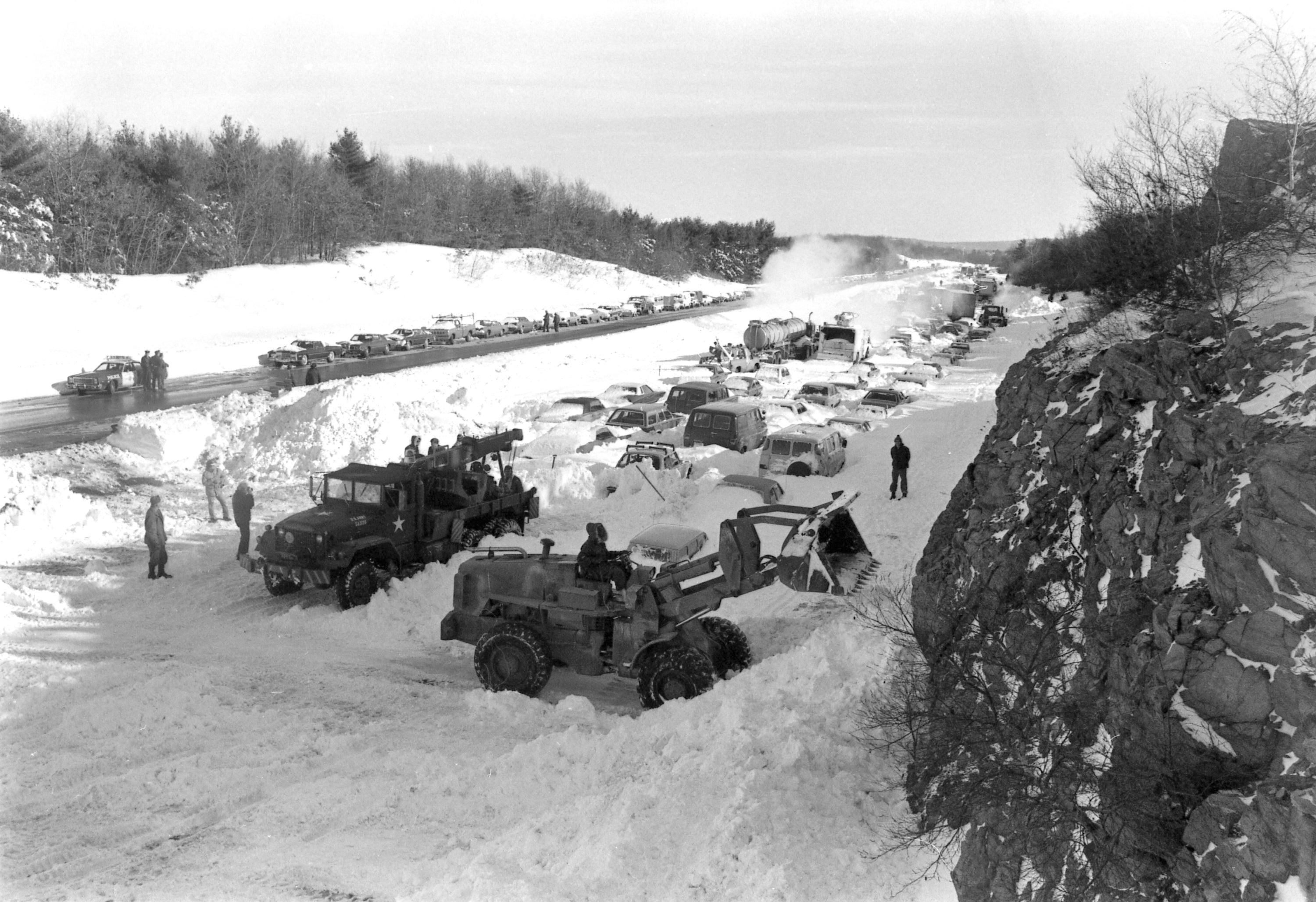 Military equipment flown into Boston clears snow on Feb. 9, 1978 from the southbound lane of Route 128 between Highland Avenue and Great Plain Avenue in Needham. 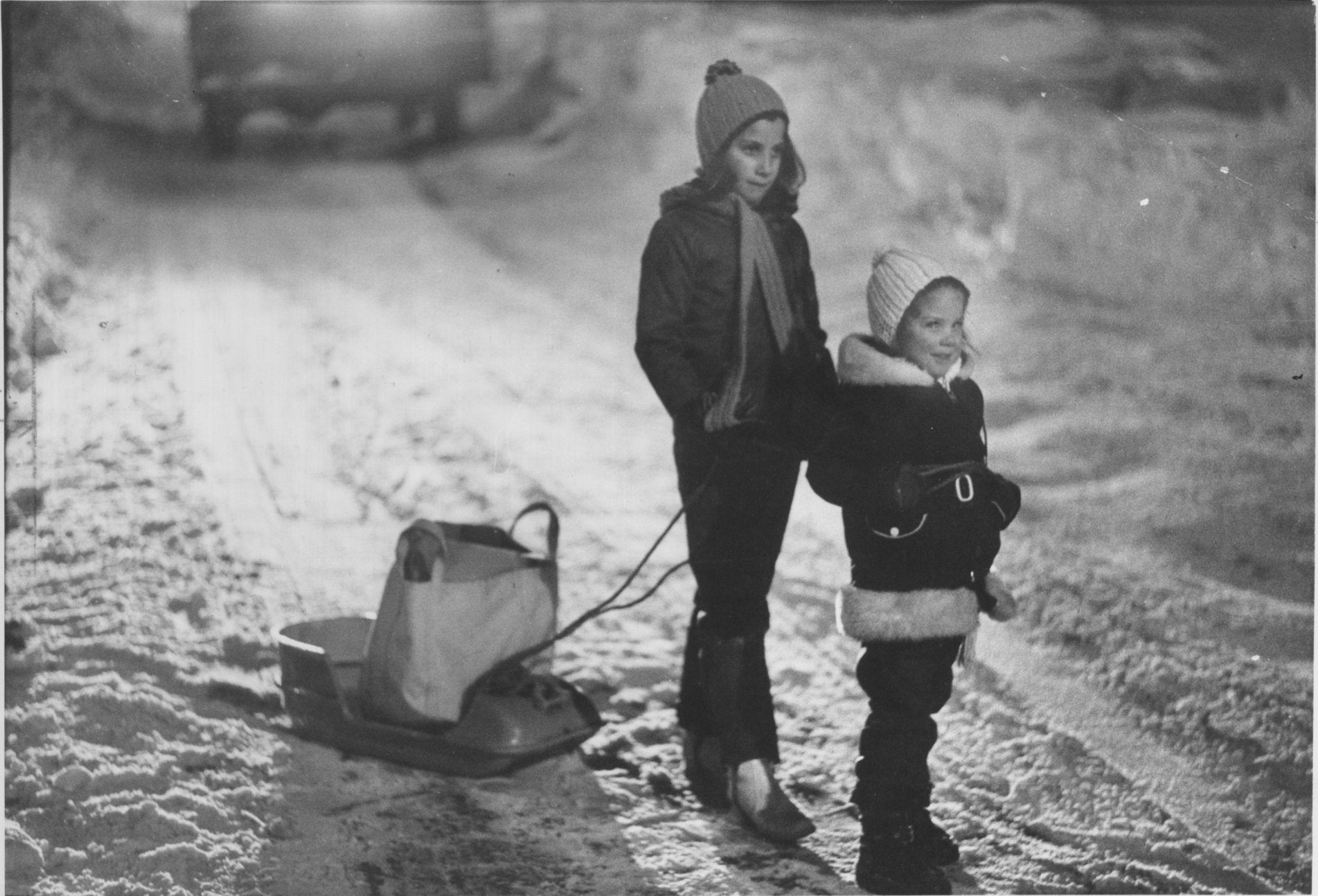 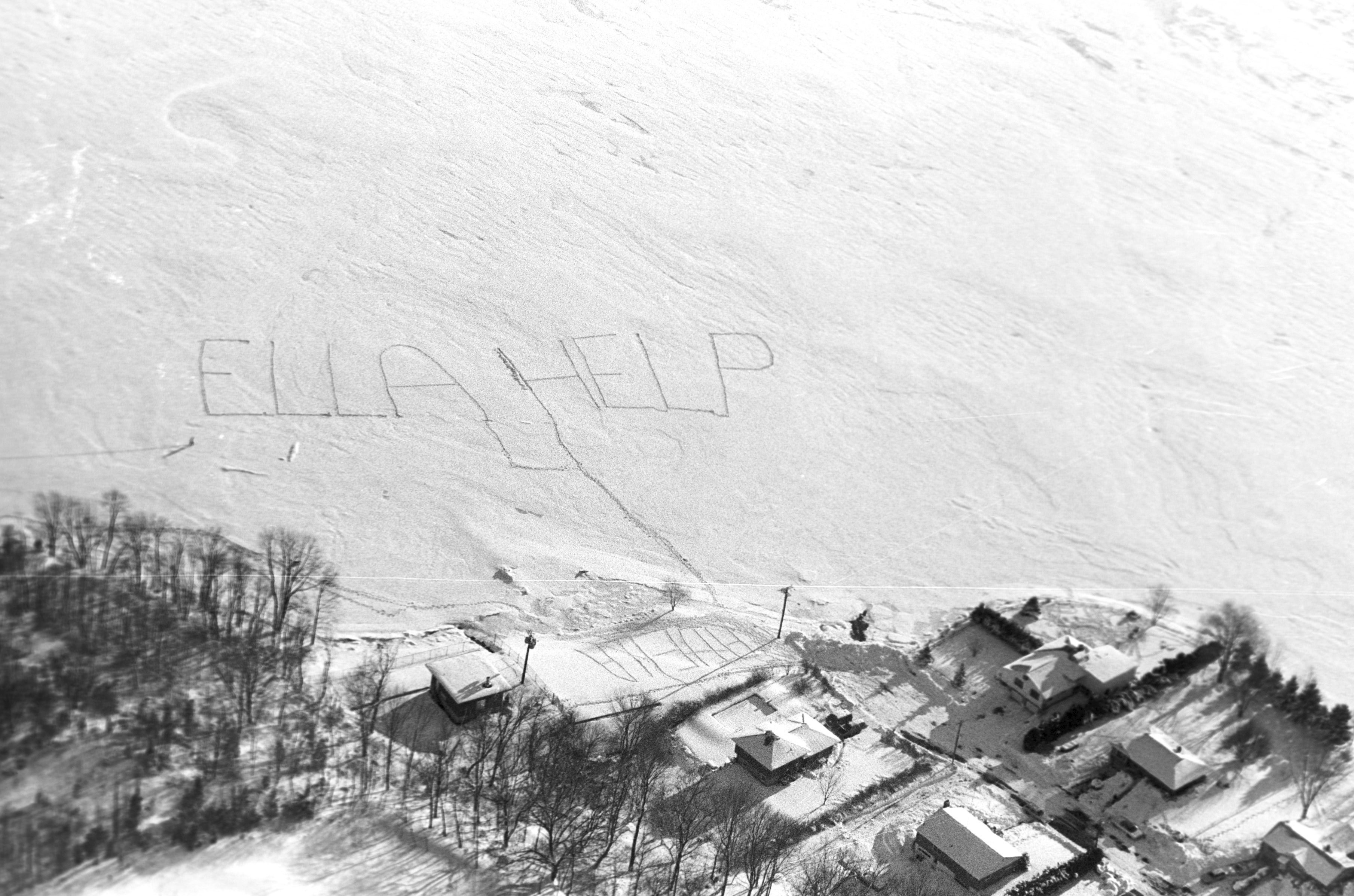 This message was stamped out in the snow on the surface of a lake in Montville, Connecticut, on Feb. 8,1978. It asked for Gov. Ella T. Grasso’s help in the state’s snow emergency. The author of the message was unknown, but it got across to the governor who saw it as she flew over the lake on a helicopter tour of eastern Connecticut. 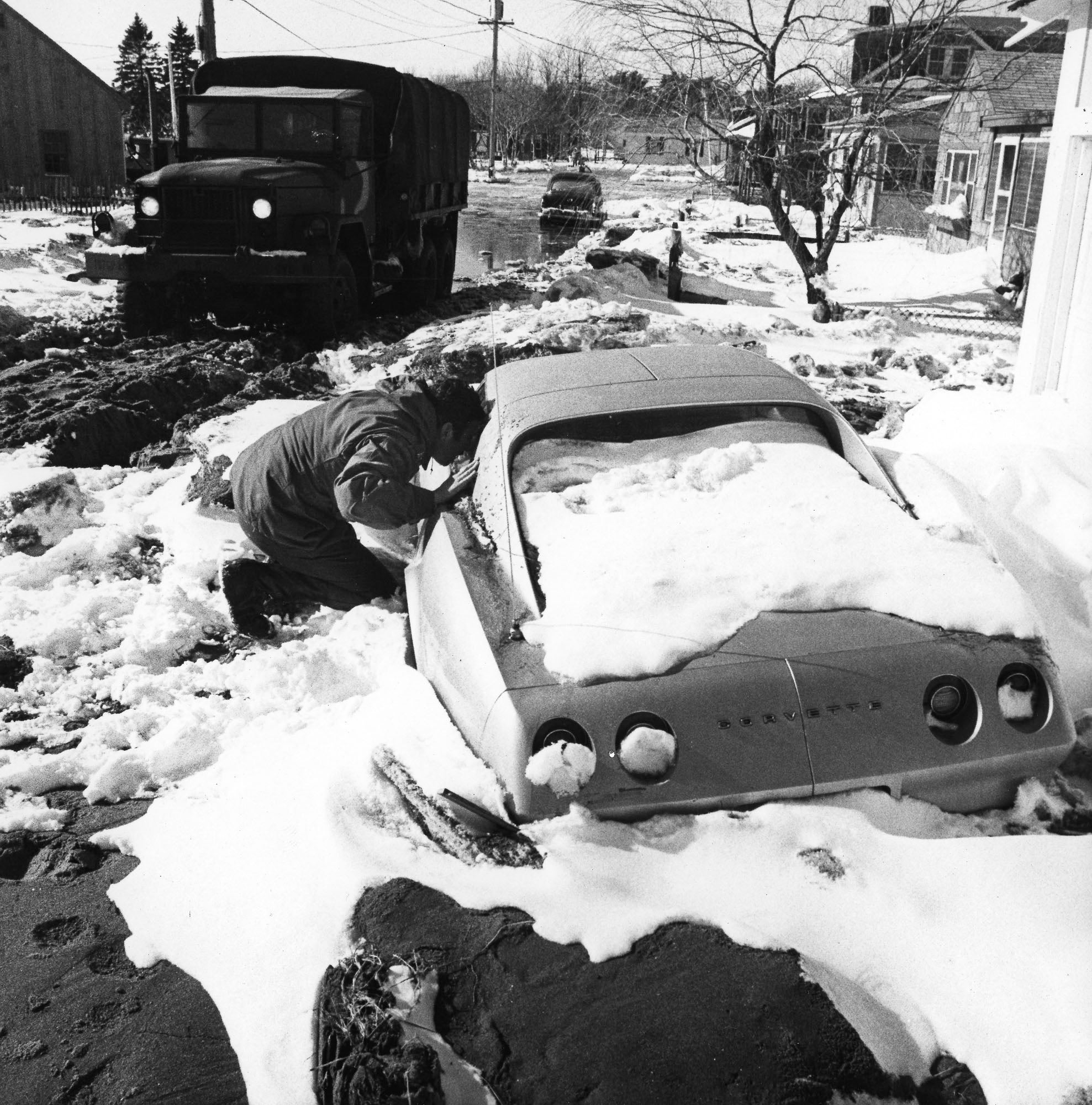 A National Guardsman checks a stranded car on Feb. 9, 1978, in Hampton, New Hampshire. 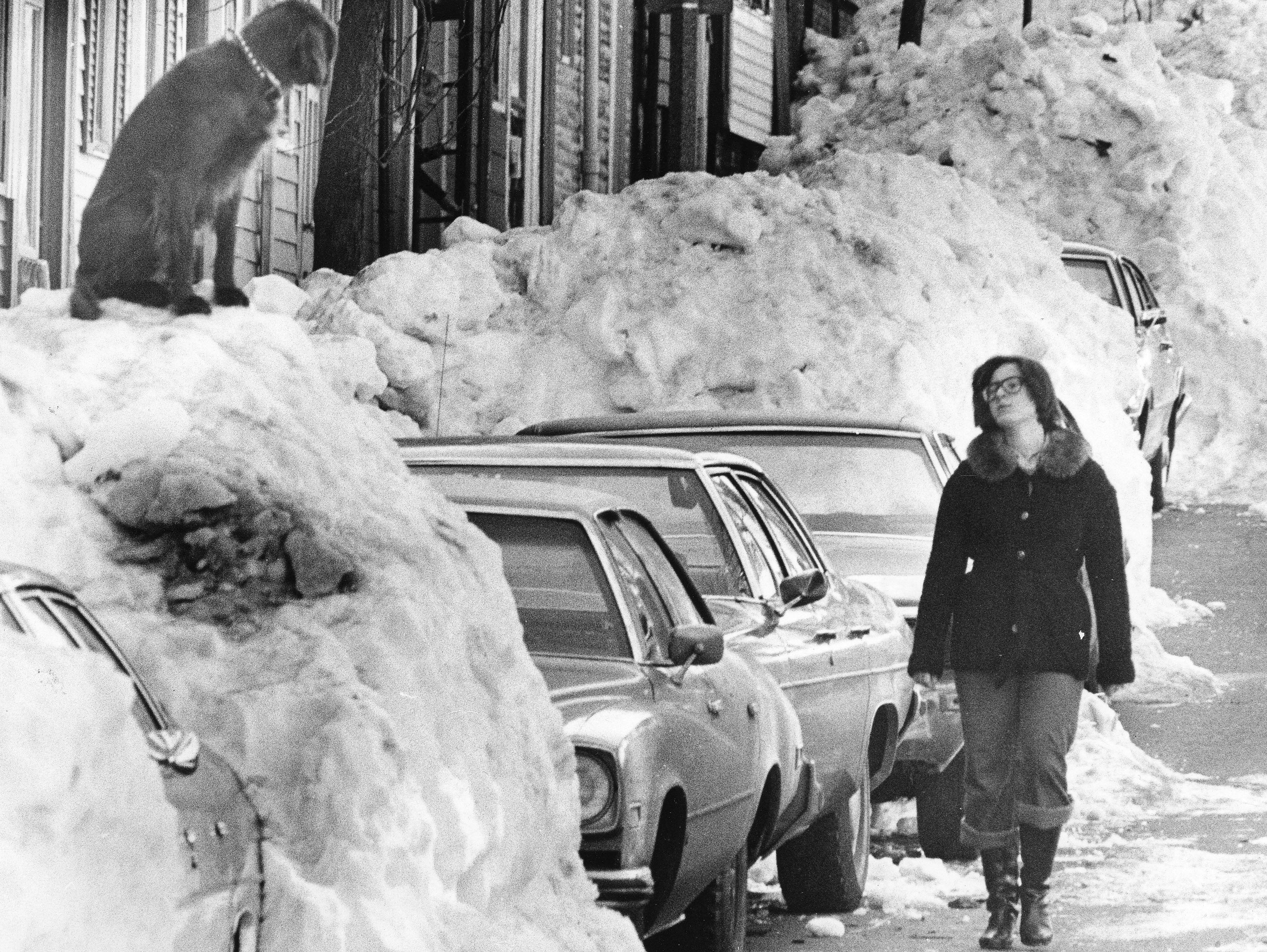 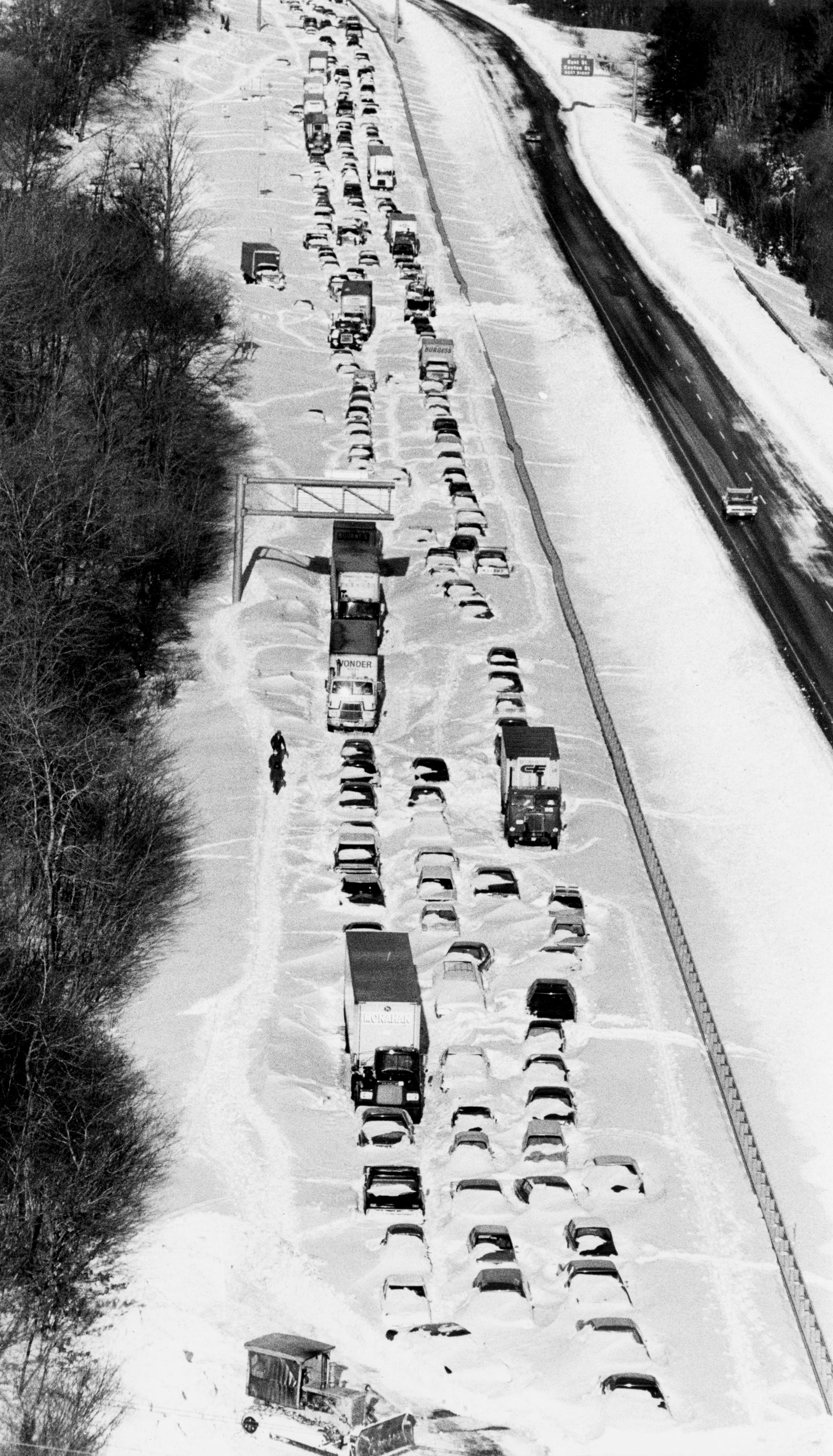 An aerial view of cars buried in the snow on Route 128 near the Dedham and Westwood line. 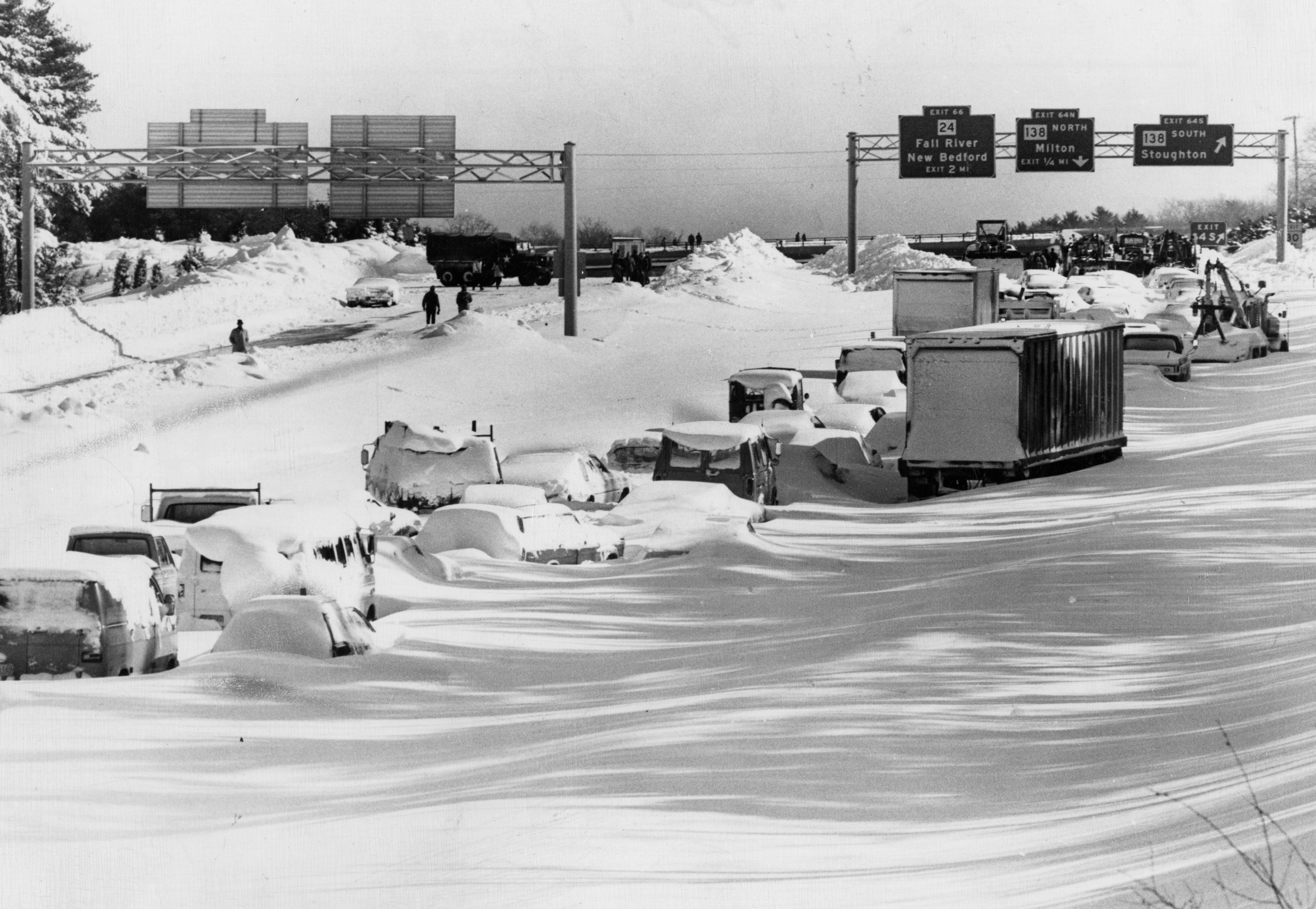 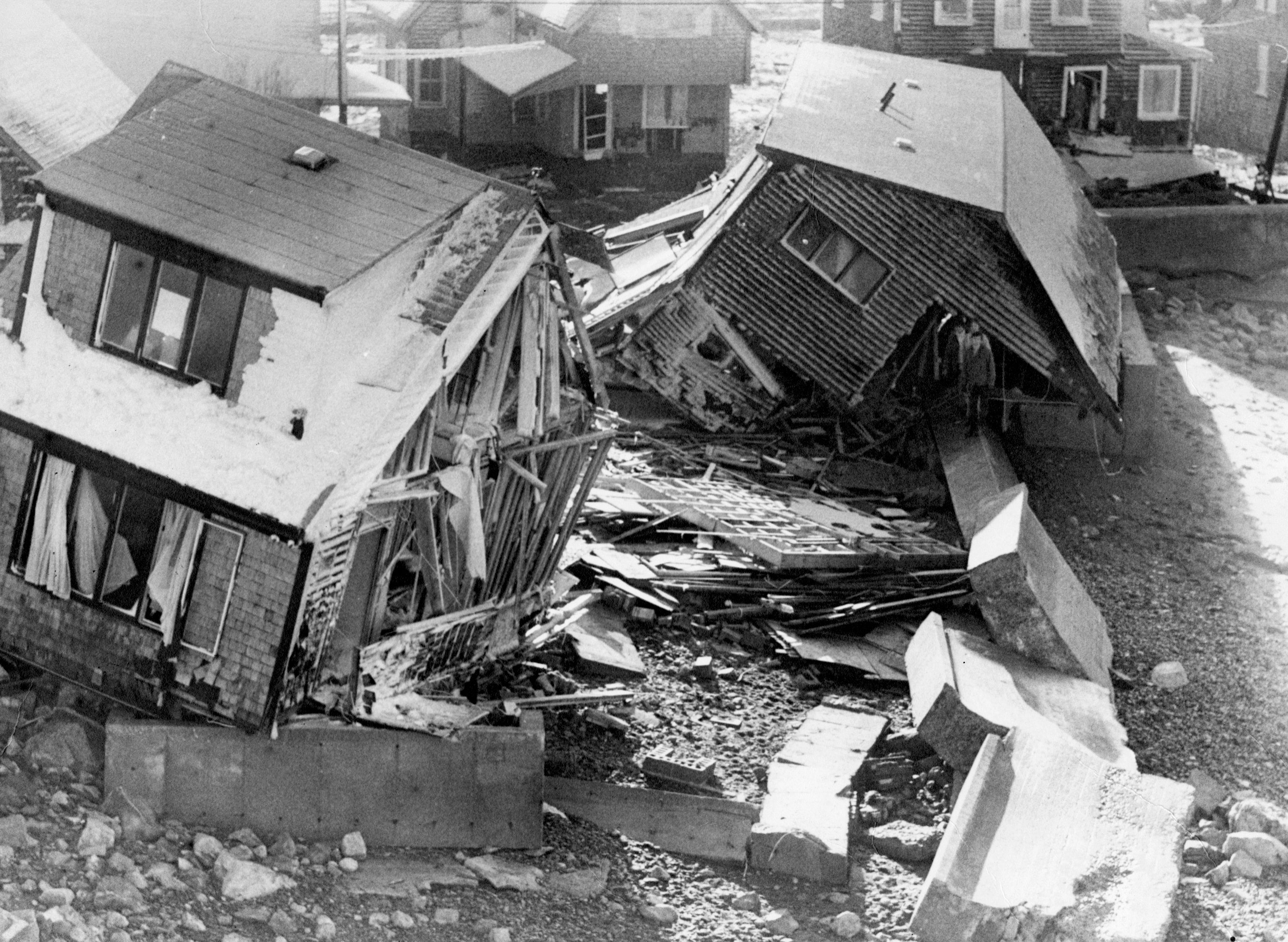 Destroyed houses on Minot Beach in Scituate after the Feb. 8 blizzard. 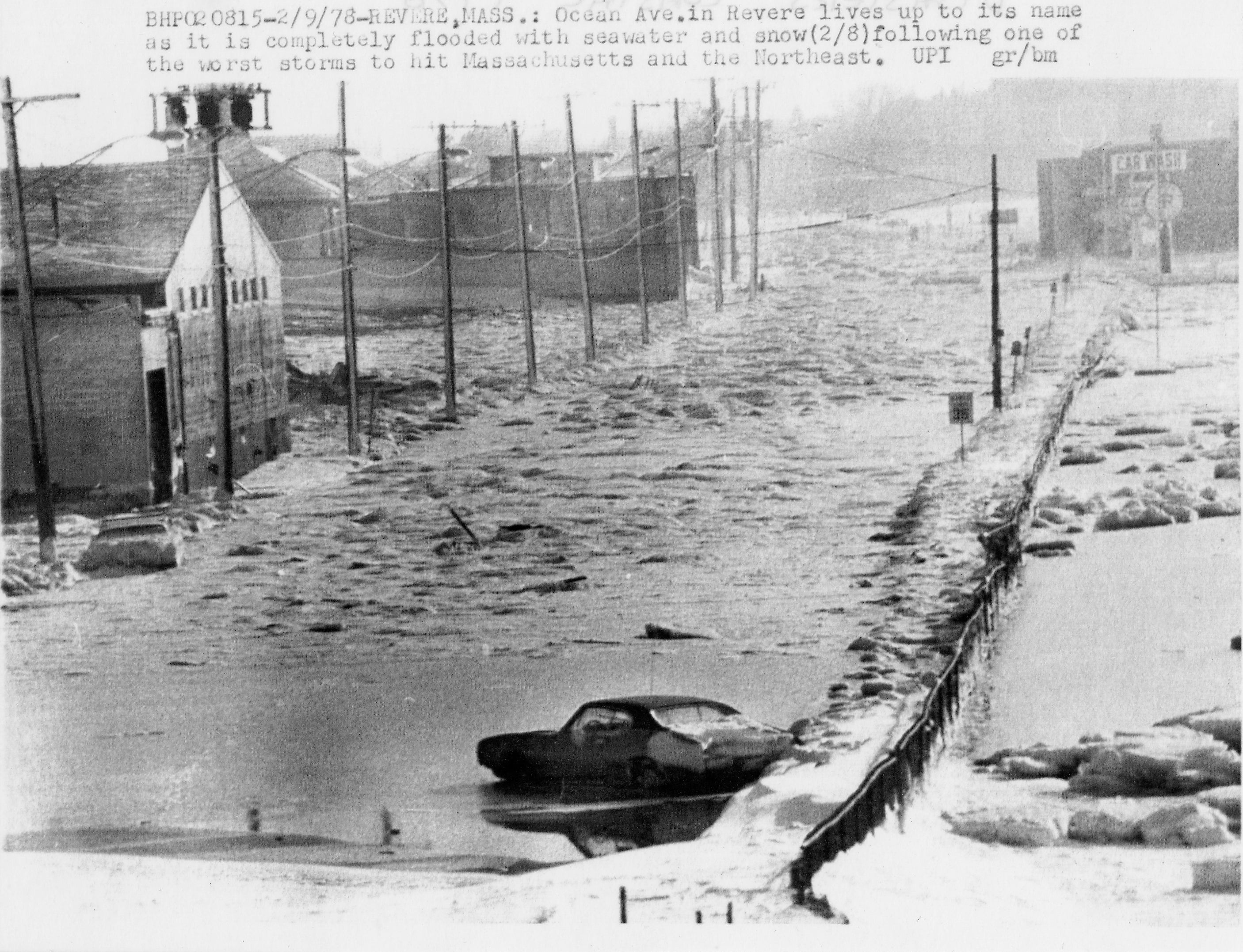 Revere was completely flooded with seawater and snow. 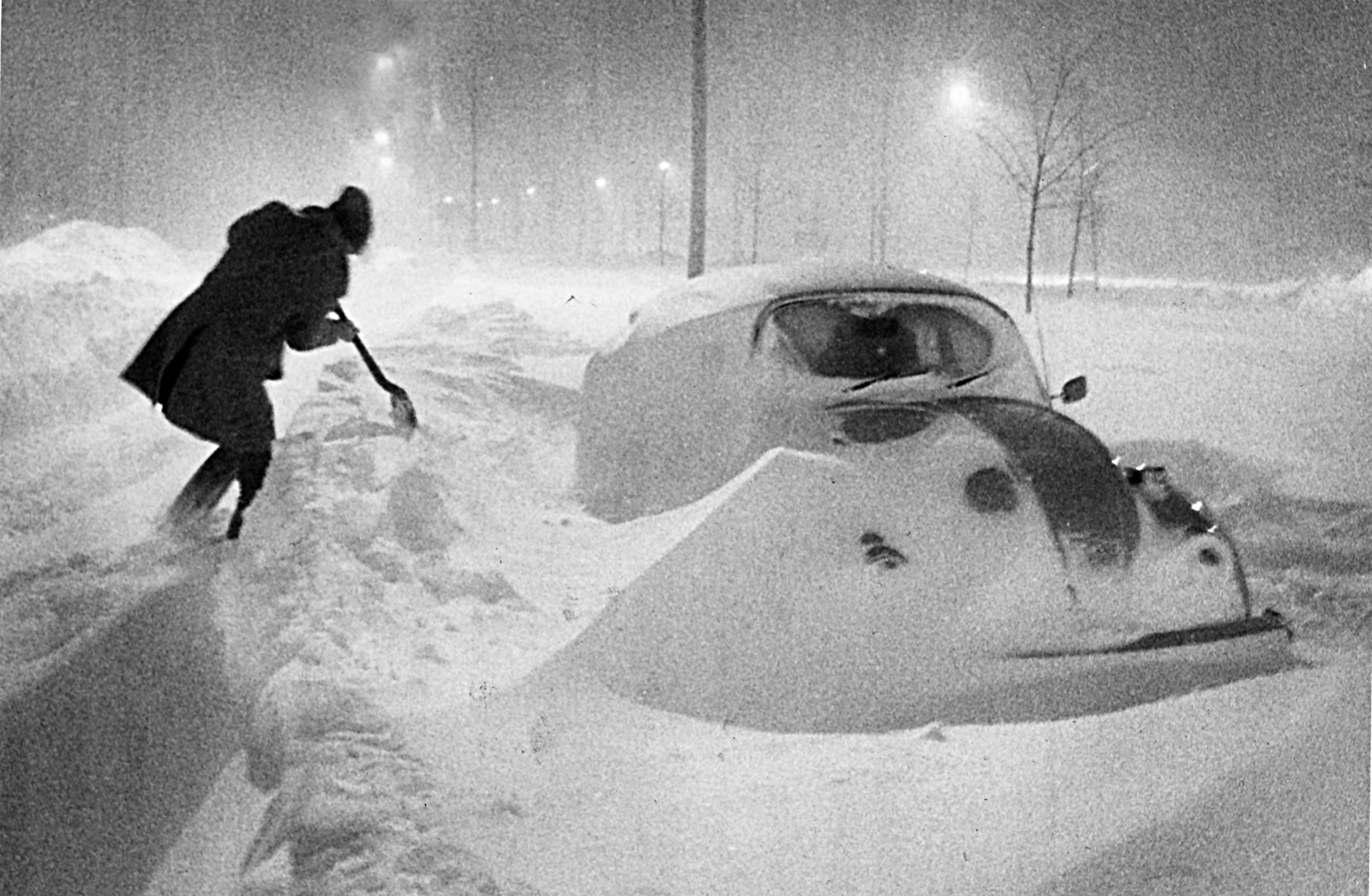 Falling and drifting snow surrounds a car on Morrissey Blvd. during the early morning hours of the blizzard on Feb. 7. 1978. 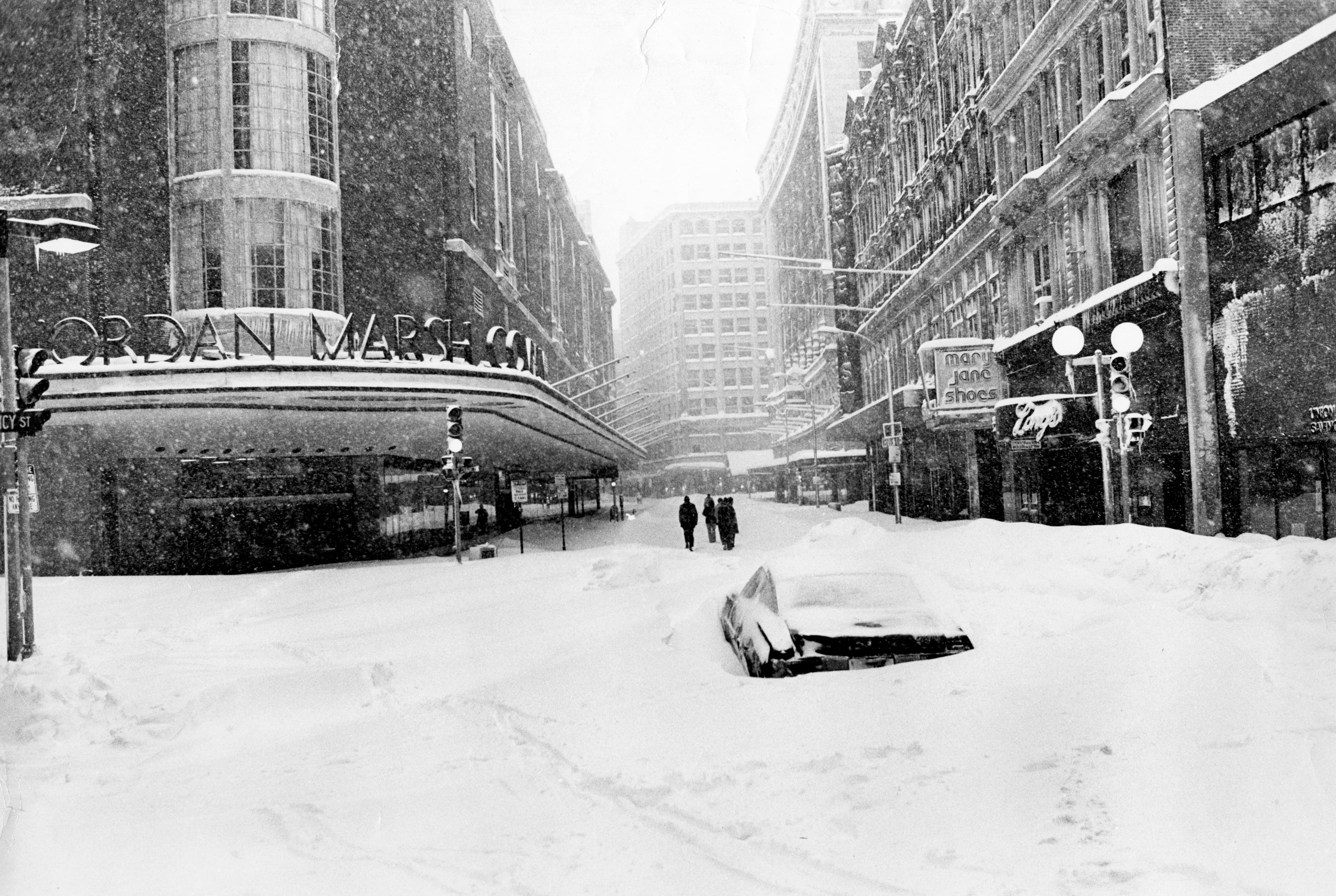 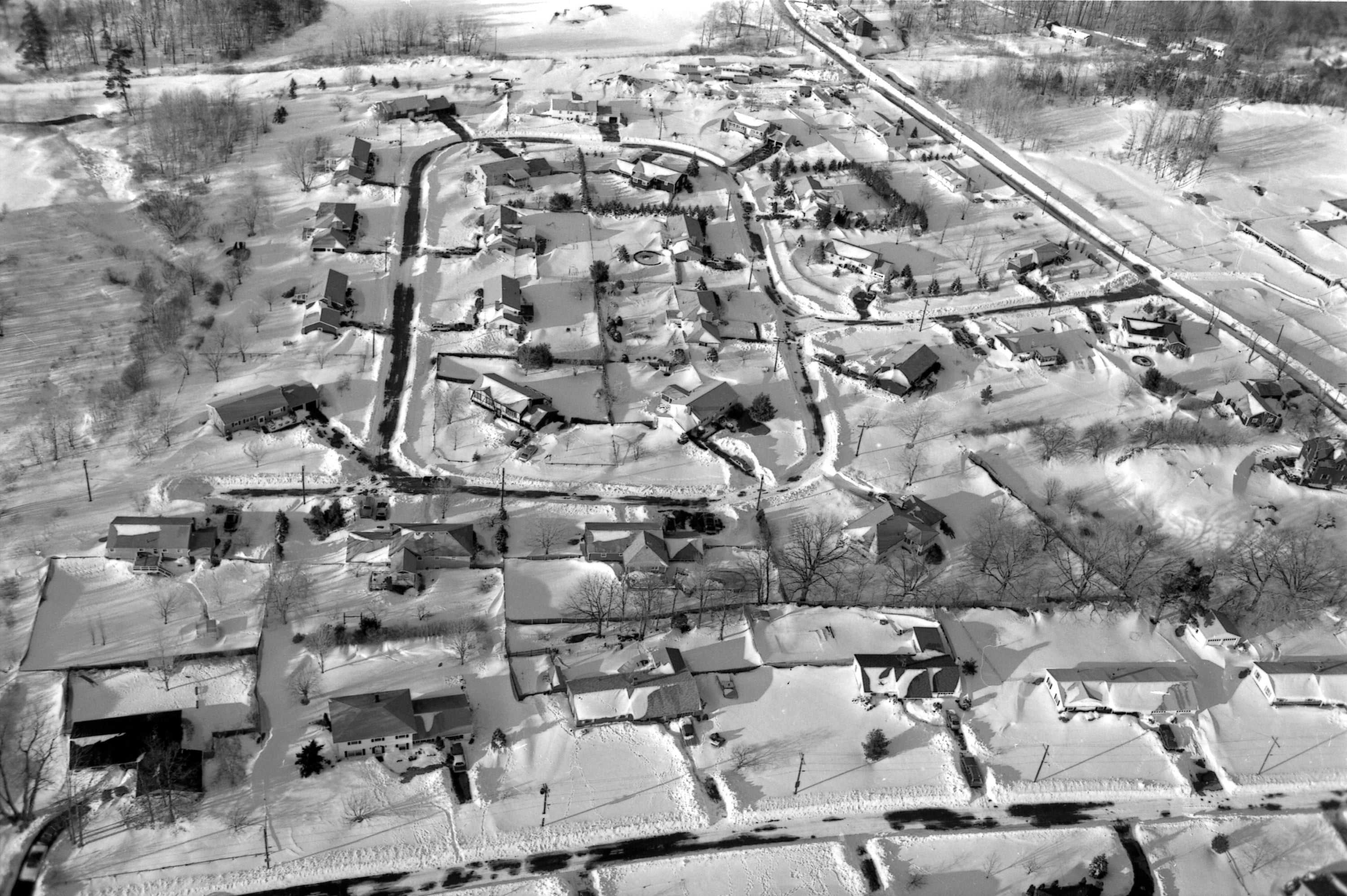 Cleared streets and driveways are pictured in an aerial view of Wakefield, MA, on Feb. 8, 1978. 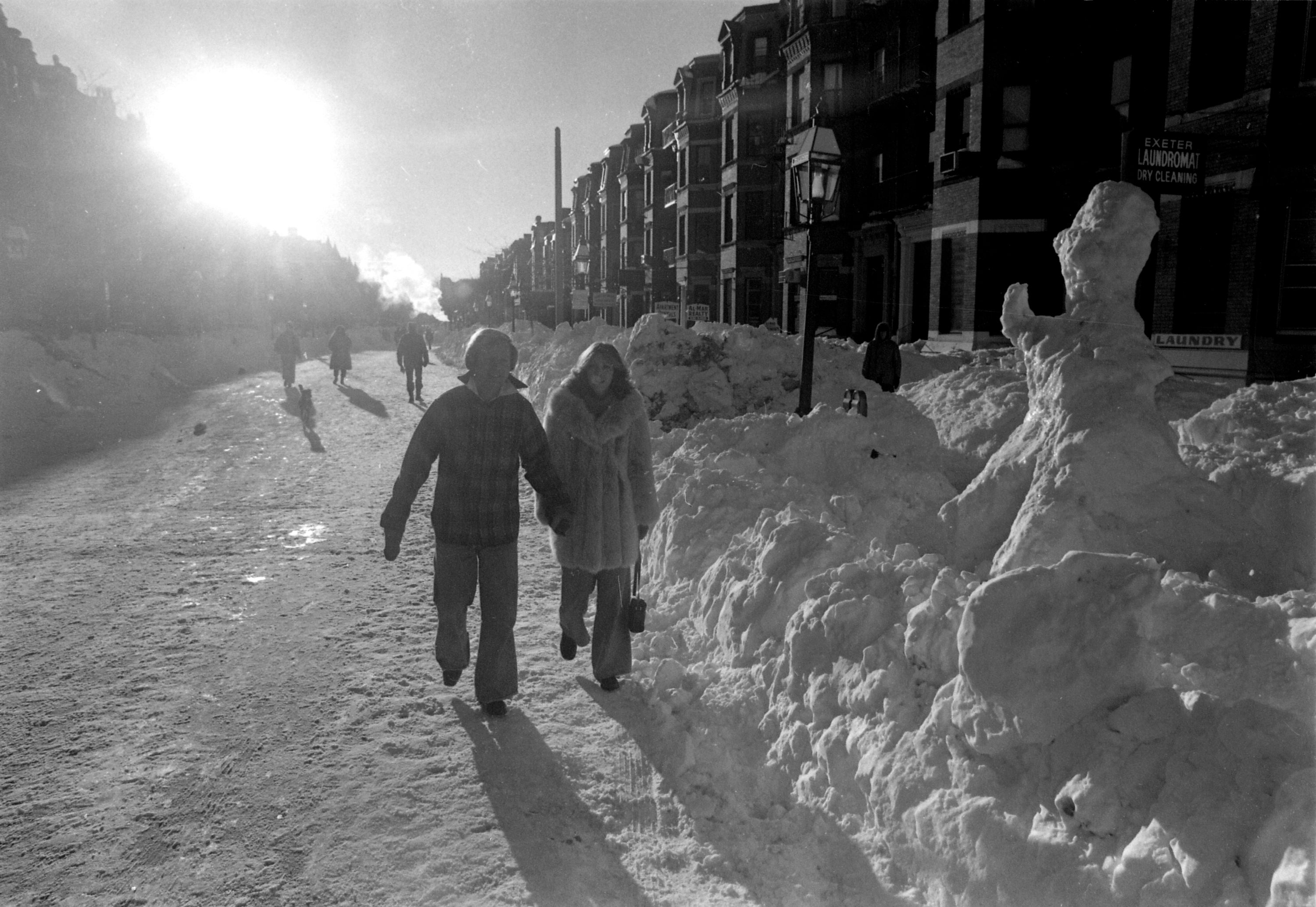 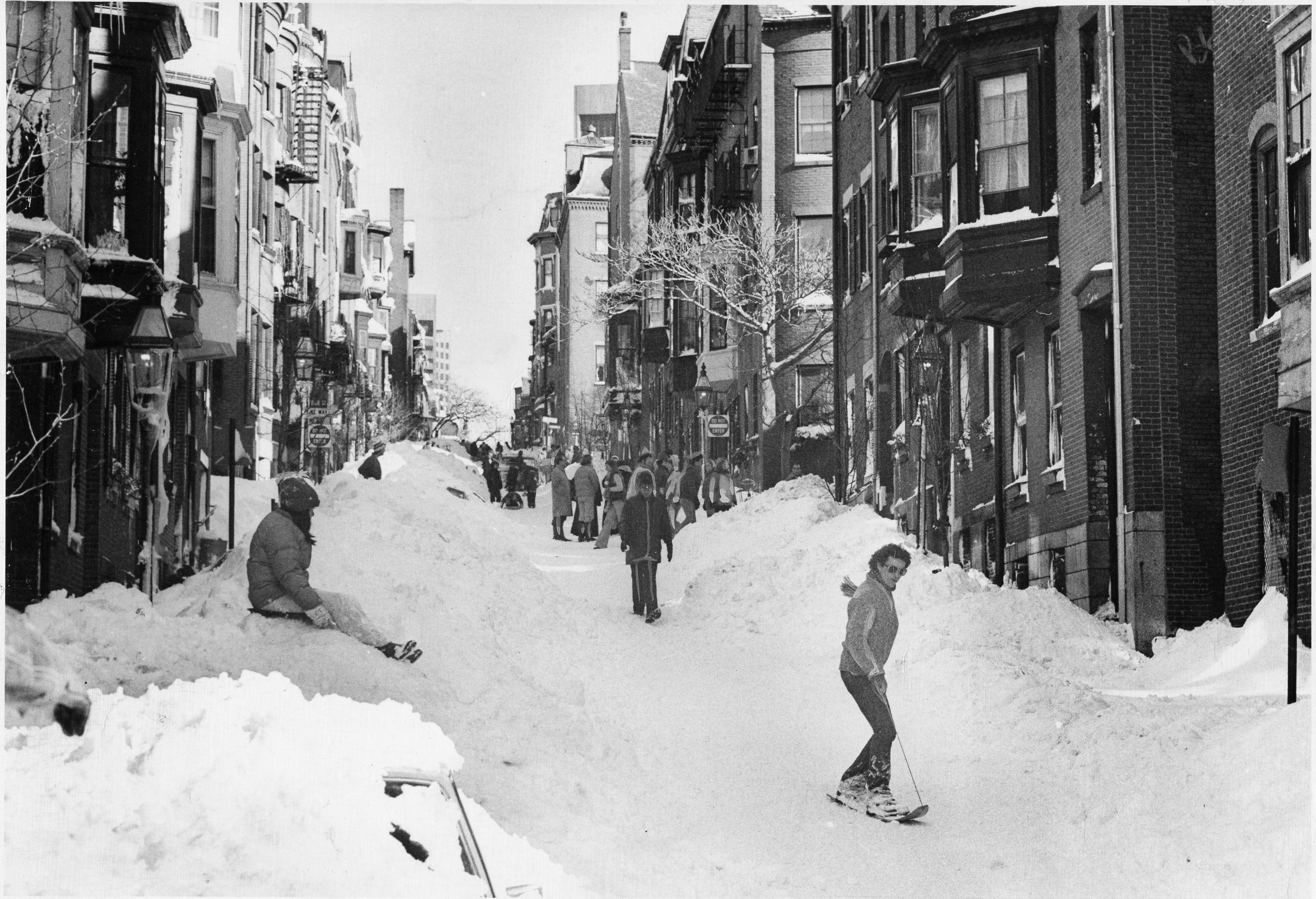 Bostonians check out the snow on Revere Street on Beacon Hill on Feb. 8, 1978. 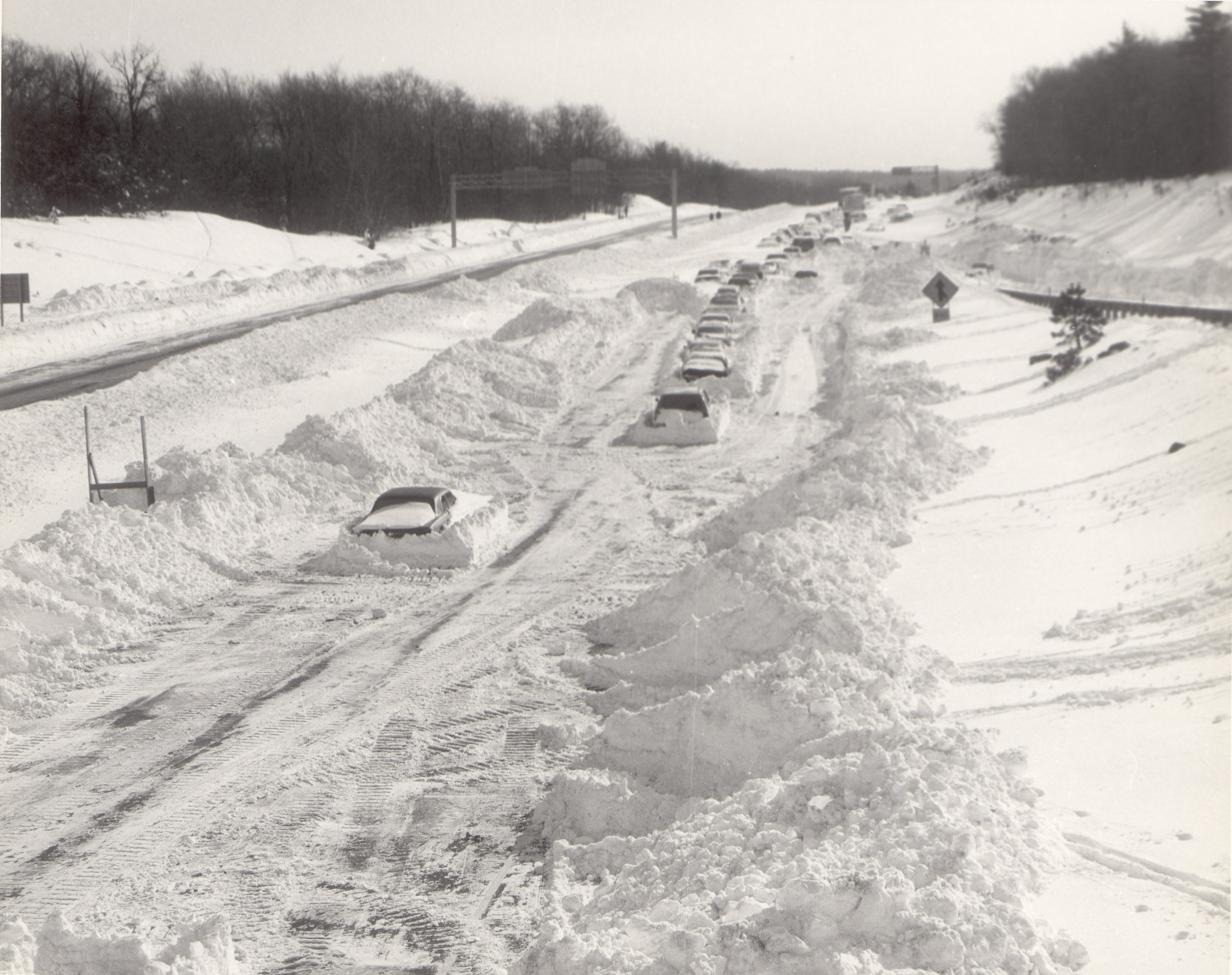 This photo taken 5 days after the blizzard shows cars abandoned on Route 128 on the Dedham and Westwood line. 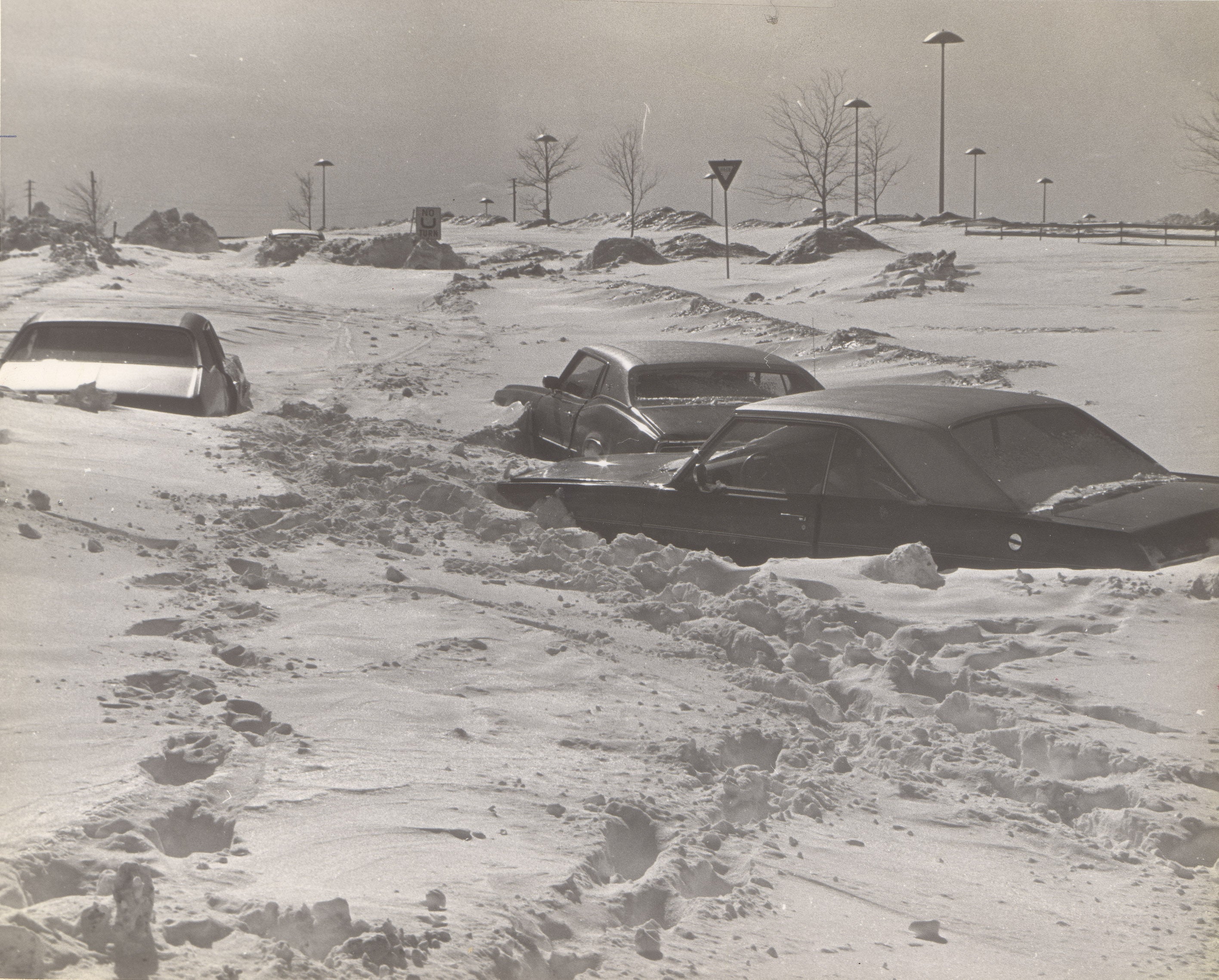 The parking lot of the North Shore Shopping Center in Peabody on Feb. 9, 1978. 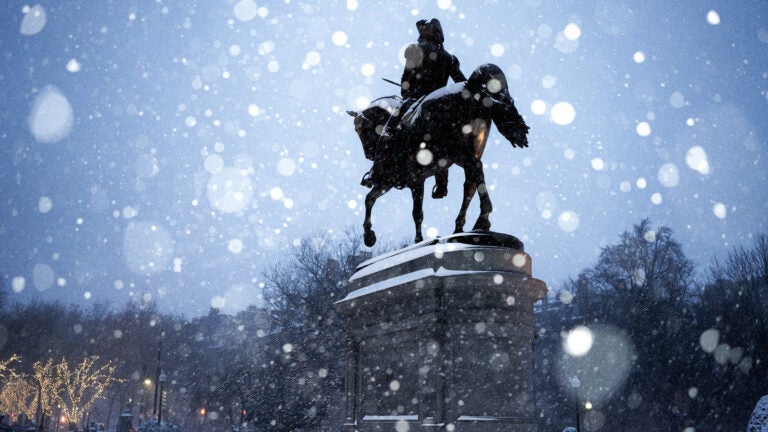 Boston ties its single-day snowfall record with Blizzard of ’22