You never know what might lie below the historic streets of downtown Boston — or even the brutalist architecture of City Hall.

More than 120 years ago, Boston opened the first subway line in the United States. The Tremont Street Subway, as it was first known, originally spanned between Boylston and Park Street stations. In 1898, it was expanded to three more stops: the now-perished Scollay Square and Adams Square stations, as well as Haymarket station.

It turns out that part of the tunnel remains there to this day, unused and virtually untouched for decades.

“More or less, it’s been left alone for 60 years,” Joe Bagley, the city archaeologist, told a group of reporters inside the tunnel Monday.

There’s a 120-year-old abandoned T tunnel under City Hall, and 100 people will get the chance to tour it today. Here’s a quick video from when we explored it this morning.

City officials opened up the tunnel for a handful of small tours Monday afternoon as part of Boston Preservation Month. But following the surge of interest in the underground passage, they intend to offer more public tours in the future. 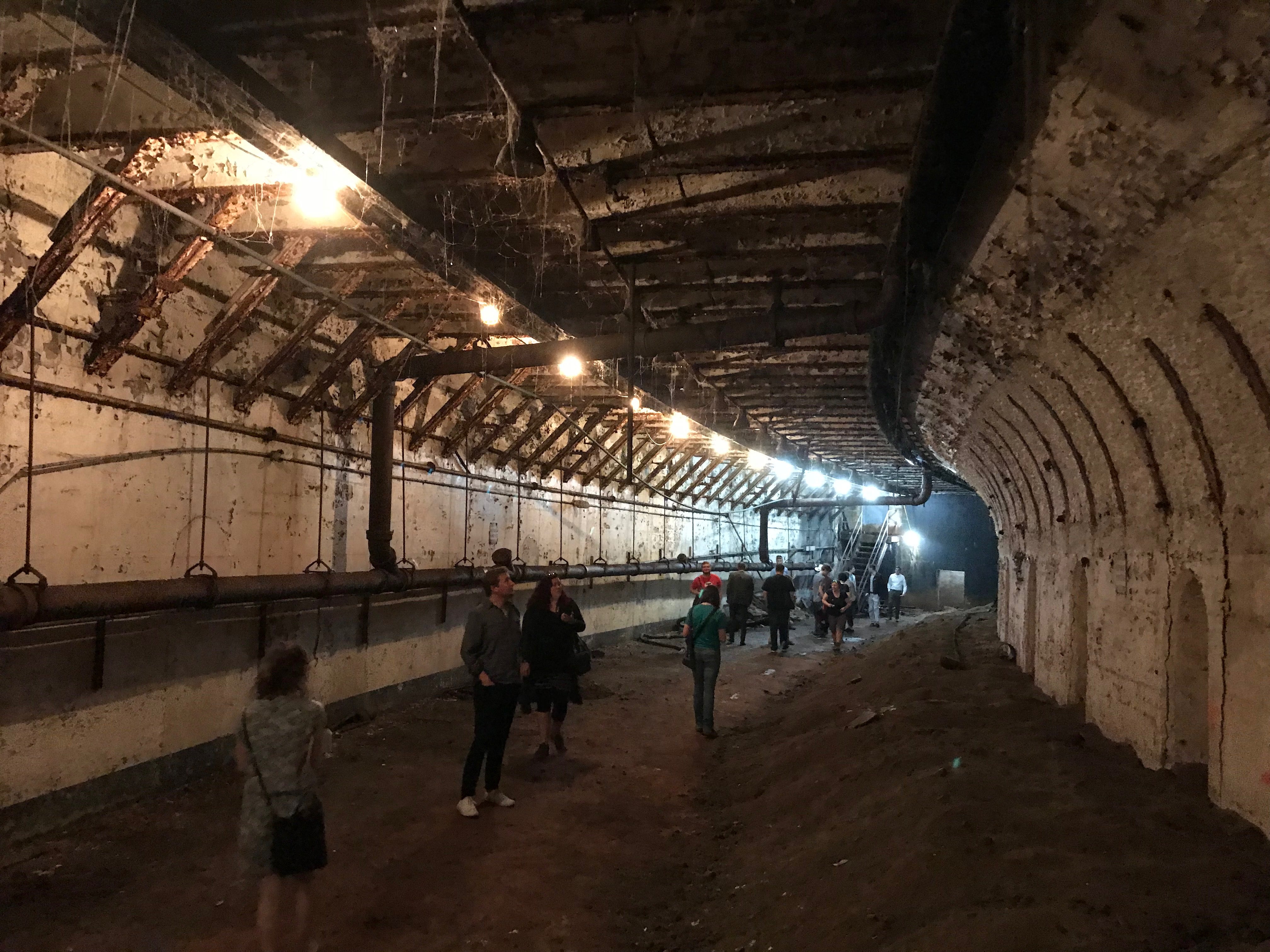 The tunnel originally connected Scollay Square, which was where Government Center is now, and Adams Square, near Faneuil Hall, below what was then Cornhill Street. Both of the stations were decommissioned during the redevelopment of Government Center in the early 1960s. According to city officials, the tunnel has been abandoned since 1963. 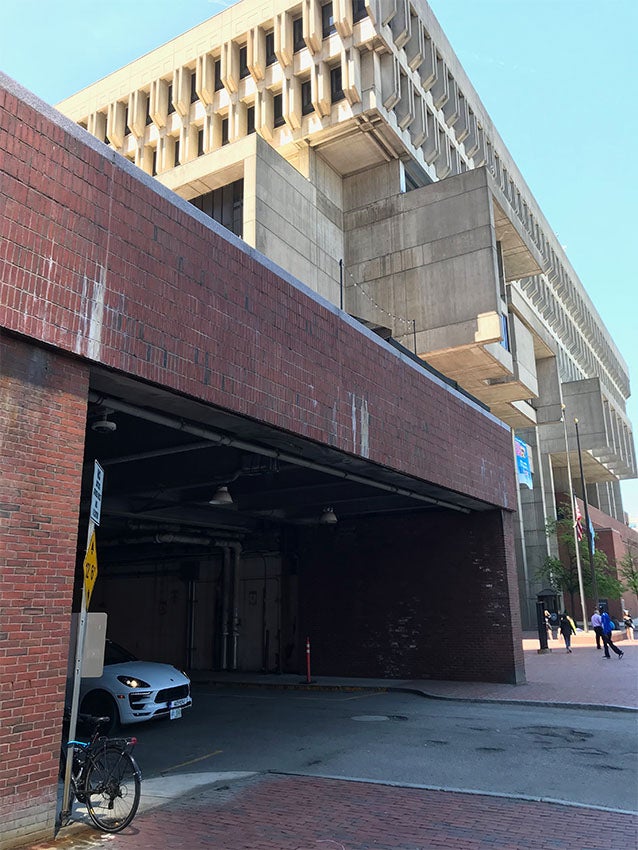 The opening to the abandoned tunnel is accessed through a corridor in this parking garage on Congress Street.

The remaining segment, which is owned by the City of Boston, sits idly below City Hall Plaza, adjacent to the Government Center MBTA station. The rumbles of passing trains can still be heard inside the arched chamber, which is only accessible from the City Hall parking garage on Congress Street.

Bagley says there’s another old, abandoned passage near the Boylston Street station, but he isn’t aware of anything else as large.

“This is at least, as far as we know, the largest and most intact portion of a tunnel that has survived,” he said.

The tunnel contained two northbound trolley lanes, one that came up Tremont Street and one that looped around from the long-lost Brattle Street, which paralleled Cornhill Street. A southbound line also went up Brattle Street.

Not just a tunnel

The discoveries apparently continue to this day.

According to Bagley, the abandoned segment opened up for tours Monday actually included part of Scollay Square station.

Bagley said that near the end of the station’s history, the platform was extended farther into the tunnel after one of the two trolley lines it contained was retired. City officials were unaware of the fact until one of the earlier tours Monday, when they noticed some old platforms signs on the floor and walls. With the help of an MBTA historian who was present, they were able to corroborate the discovery using some old photos from the 1960s. 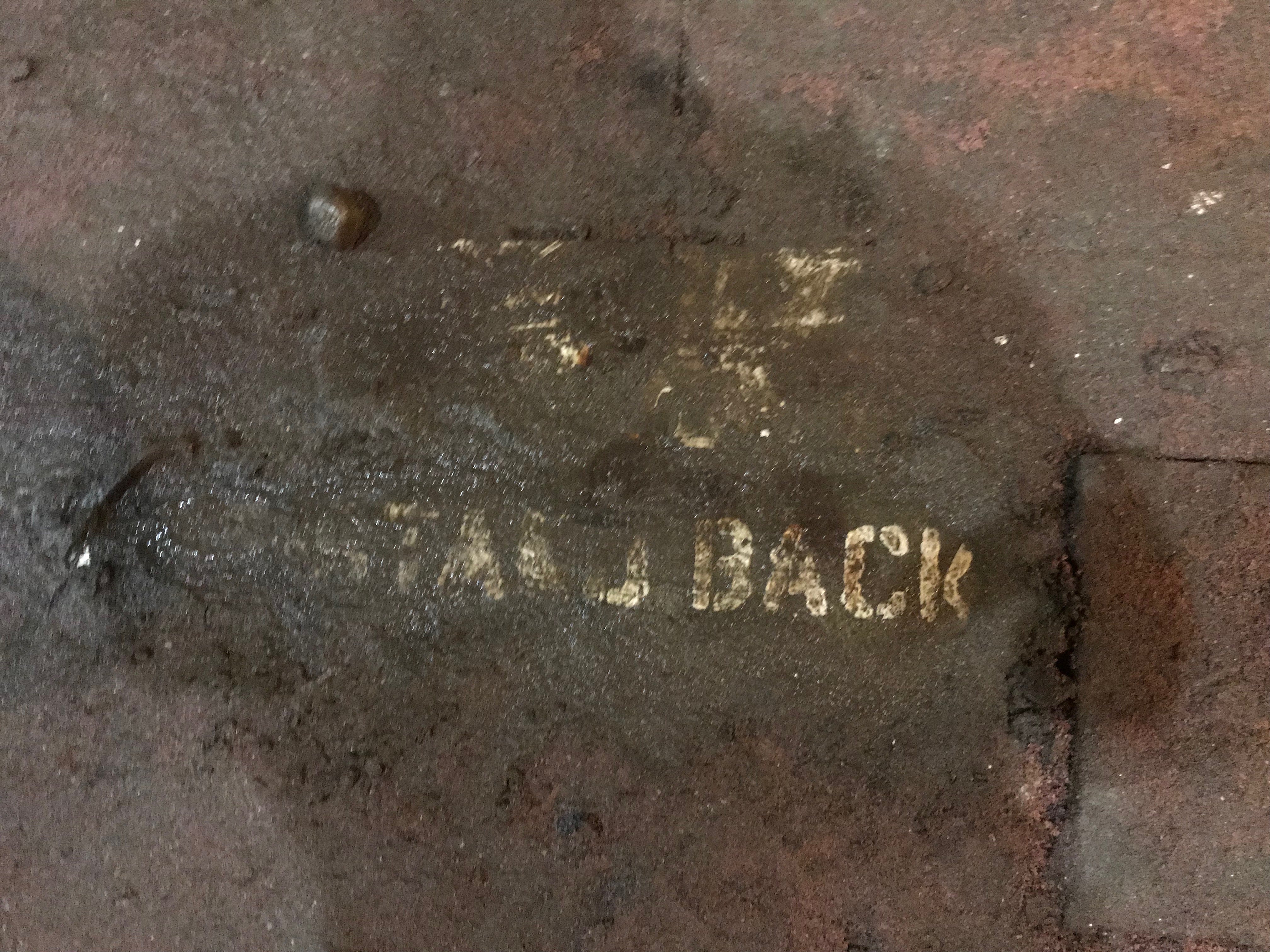 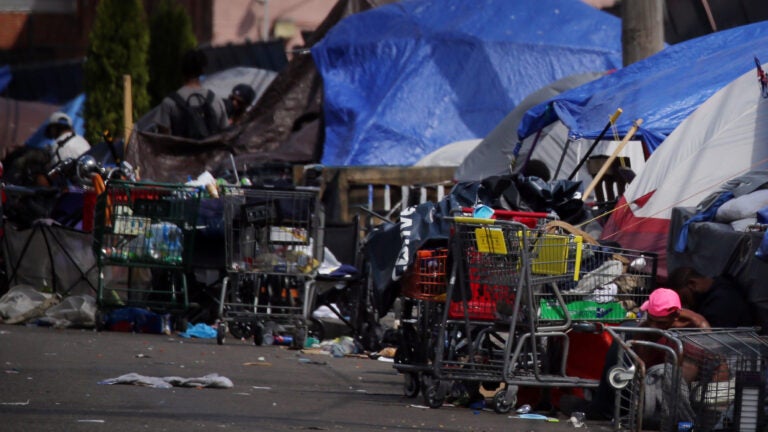