Tucked within an icy mountain lies a meticulously preserved World War I bunker.

Climate change means we can now see it.

The intact cavern-cum-barracks contains munitions, books, cigarette holders, and animal bones, and was once teeming with Austro-Hungarian troops. They staked out on Mount Scorluzzo, almost 3,000 meters above sea level, on the Italian-Swiss border, now part of Italy’s Stelvio National Park territory.

“These places were literally frozen in time,” said Giovanni Cadioli, historian and postdoctoral researcher at the University of Padua.

Now, he added, climate change was playing a “pivotal role” in their discovery, as warming temperatures have led to the melting of glaciers and permafrost revealing a “time capsule.”

Amid the backdrop of the global climate change summit COP26 taking place in Europe, Cadioli underscored that the impressive findings were bittersweet: “We’d really rather not have retreating glaciers.”

The artificial caves were made back in 1915 by blowing up parts of the mountain and transforming them into makeshift barracks and shelters to house hundreds of European troops.

The barracks, along with the machine gun emplacements, sheltered walkways, and tunnels, were held by Austro-Hungarians who were fighting Italian troops. They vacated their position on Nov. 3, 1918, in line with retreat orders, just days ahead of the Armistice agreement on Nov. 11, which ended the First World War.

Another barrack on the same mountain was excavated in 2017 after the ice melted, revealing an entire wooden superstructure that was disassembled and transported along with 300 artifacts to the town of Bormio, in Lombardy, where it will be on show in a museum to be opened in 2022-2023. This latest barrack has not yet been excavated.

In the cave discovered in 2017, researchers even found frozen mounds of hay that soldiers used to sleep on, containing seeds that were so well preserved that they were put in the sun to dry and later planted. They have now blossomed 100 years on, said Cadioli, in what he called a “heart-warming” anecdote.

“Life was preserved even in a place that was really mainly about death,” he said.

The aim of the excavations is to secure the area and preserve organic traces conserved in the ice, which through historic and scientific research will shed light on “alpine warfare” and the lives of the soldiers, said Cadioli. The various projects involve around 40 researchers in disciplines such as botanicals, cartography, and glaciology and are supported by the Stelvio National Park and Italy’s University of Padua.

It’s highly likely there are more caves to uncover, Cadioli said, but weather conditions mean researchers can only access the sites from May to October.

He added with excitement that he had felt like “a little Indiana Jones” stumbling upon treasure troves when he examined the barracks. “This is something that historians dream about.” 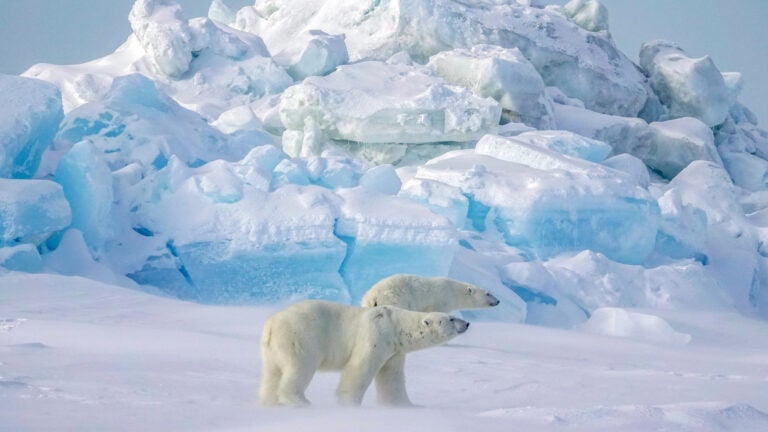 Climate change has destabilized the Earth's poles, putting the rest of the planet in peril