Gail Deegan, a board member at tech companies EMC and iRobot, has an appropriately concise message to the all-male board of Twitter: “Get with it! Where have you been living?’’

Twitter made headlines last week not only when it revealed plans to raise $1 billion in an initial stock offering, but also with published reports that the microblogging service enormously popular among women is run almost exclusively by men.

Companies will argue there are good reasons why more women aren’t on corporate boards in general and tech companies in particular, specifically that there are fewer women in management and even fewer female engineers to pick from. But don’t confuse a reason with an excuse.

There are bright, shining local examples of how to get more skirts in the boardroom. Akamai, EMC, iRobot, Constant Contact — all have at least two women on their respective boards, a better track record than most Fortune 500 companies.

Make no mistake, tech companies should have the most diverse boards of all. They are younger, by nature outside of the old-boy network, and thrive in a world in which diverse thinking spurs innovation.

So what’s the dirty little secret to getting women on boards? Ask any progressive tech company and female board members and they’ll whisper a simple answer: There is no secret. The talent shortage is a myth. There are more qualified women than board openings. Companies just have to do it.

“We have never found it particularly hard at all,’’ said Paul Sagan, the Akamai Technologies executive vice chairman and former chief executive, of finding female directors. “You just have to start and it takes care of itself. We added our first (female) board member in 2001. It’s a question of getting going.’’

Put another way, all it takes is a chief executive and a group of directors who want to make money and have an understanding that diversity will help them get there. It’s not rocket science; it’s not even software engineering, even if that’s what some of the companies do.

“Some people say it, and they don’t mean it,’’ said Sagan. “Some people say it, and they don’t make it priority.’’ Women currently make up three of Akamai’s 10-member board, and last year, even better, there were four. Like Twitter, Akamai was the tech world darling when it went public during the last big Internet boom. The Cambridge firm, which manages Web traffic, was founded by an MIT grad student and his professor in 1998 and went public the next year. The first board was all-male — stacked with venture capitalists, another male-dominated industry.

Back in 2001, the Ice Age for gender diversity, Akamai broke barriers by putting Naomi Seligman on the board. She was, and still is, a leading senior consultant to Fortune 50 chief information officers. She was hired, as Sagan puts it, because nobody knew more about working with chief information officers than she did. It didn’t matter she wasn’t a chief executiveor a former chief executive, a criteria for many boards. The companies with more gender diversity share a couple of traits. They cast a wider net for female prospects. They don’t look at the world as a country club and hire only friends and lookalikes.

Linda Zecher thought that her experience as a high-level Microsoft executive would be enough to land her board seats. But it wasn’t until she became the chief executive of Houghton Mifflin Harcourt two years ago that she started to get calls. Now she gets approached about once a month about serving on a corporate board.

“I don’t think I am much more qualified today,’’ Zecher said. “I don’t think they looked very hard because I didn’t have the CEO next to my name. I didn’t seem as impressive or important.’’

Zecher is a director of Houghton in Boston and is in the process of joining a board of another public company. The dearth of women, she says, comes down to companies being committed to diversity and search firms broadening their candidate lists.

“I don’t think they are aggressive enough,’’ she said.

George Davis Jr., managing partner of Egon Zehnder’s Global Board Practice, which conducts board and executive searches for many leading Boston companies, said ultimately boards need to decide what they want. “If you’re not ready to have an honest dialogue in the boardroom, then you will default to safe choices,’’ said Davis.

Diversifying boards can feel achingly slow because few have term limits and it’s hard to get rid of a director. So it can be years before a board can add a new member.

Constant Contact, a Waltham online marketing firm that has two women on its eight-member board, aims to cycle in a new director every other year. “We are regularly making sure we are bringing fresh ideas into the room,’’ said Gail Goodman, the chief executive and chairwoman of Constant Contact. Goodman, by the way, also has a tweet for the men in charge of Twitter: “There are super smart, super accomplished women in technology. Just do it.’’

While these tech firms stand out in diversifying their boards, the industry locally and nationally lags. In Massachusetts, tech firms are among the least diverse with nearly a dozen categorized as “zero-zero’’ – having 0 women in top management and 0 women on their boards, reports the Boston Club, a women’s advocacy group.

Women make up about 13 percent of board seats at tech companies compared to nearly 16 percent for all sectors in the Fortune 1000, according to 2020 Women on Boards, a Boston-based group that is trying to get that number to 20 percent or more by 2020.

A Wellesley study suggested that three or more women on a board forms a critical mass. And when that happens, female directors start to feel like everyone else.

“I knew they were not picking me because I was a woman,’’ said Pamela Craig, former chief financial officer of Accenture, when she joined the Akamai board two years ago, as, at the time, the fourth woman on the board. “I was delighted.’’

Twitter has 7 men, 0 women on its board. It’s not hard to figure out, in 140 characters or less, why that’s bad for business and shareholders. 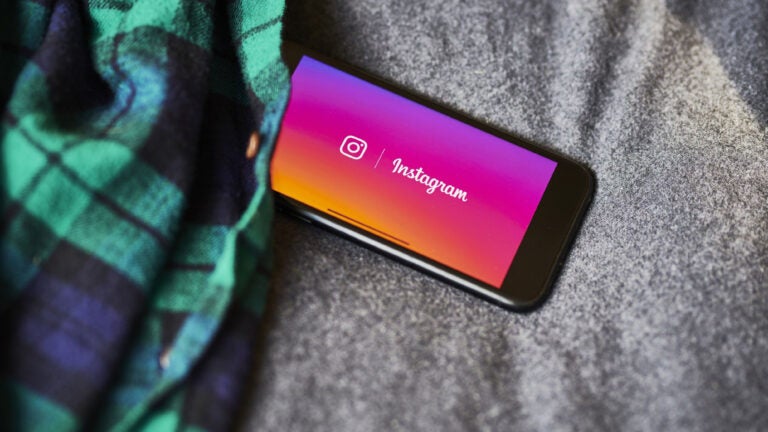 Instagram rolls out age verification, but not to keep children off app