For the uninitiated Web designer wannabe, the secrets of HTML, CSS, and the use of image and scripts are a tough code to crack. It takes years of trial and error, practice, and dead ends to get up to speed, especially when learning on your own. But for those who enjoy the challenge, hacking away at ways to build cleaner, more efficient Web sites is almost addicting. “It’s a challenge,” says Cape Cod-based Web designer Milo Caruso, who specializes in developing sites for small businesses and non-profits. “It’s not like working in a factory where you’re just making the same thing all the time. Every project has a technical or aesthetic problem that you need to solve.”

Like many Web techies, Caruso is self-taught and stumbled into Web design 10 years ago when he was trying to set up his own site. An artist and metal smith, he wanted a Website for his work. “I started with one of those pre-canned versions, and quickly realized how limited it was. Instead, ‘I think I can do this myself,’ I said,” he remembers. He bought a book on HTML, learned how to do Web planning, design, and database creation and maintenance, and his business, MiloCaruso.com, slowly evolved from a hobby into a business.

Demand for Web developers like Caruso is expected to grow to 37 percent by 2016, as the need for computer systems designs and related services increases. “A career like this is the perfect fit for someone like me who is detailed orientated and has an artistic background but has curiosity and a good amount of logic thrown in there,” says Caruso, who often burns the midnight oil, and tinkers with new programs and applications while listening to baseball games.

Q: Your motto is “Web design and development. Friendly, inexpensive, and not too geeky.” How did you come up with this tagline?
A: The constant mantra that I heard from people was that they had tried to work with Web designers, many of whom were snooty, very unpersonable and really expensive. I try to build a rapport with my clients and educate them what they really need to ask so they get what they want.

Q: What do you use to create a Web site?
A: The tools vary, from plain old writing the code manually, to Adobe products such as Dreamweaver, Flash, and Photoshop, to Fireworks. It’s best to adapt the workflow to the project, since this can prevent an approach from getting static or being limited.

Q: What’s the best way to get into Website design?
A: There is no one way to do it. I’m self-taught, but there are a lot of community colleges, traditional universities, and online programs, as well as multiple Web resources. Don’t be shy to go to Google and just say, “How do I make a Website?” There’s so much out there.

Q: And does it help to be a so-called “geek”?
A: I am not a born geek, in the sense of being technology driven and being excessively gadgety, but I am drawn to finding simple solutions for complicated problems. To me this is a major part of being “geeky.” I am not a “keeping up with the Gates” kind of guy but I do have three computers, including a Windows desk top, wide screen Windows laptop and one Linux desktop as well a NAS (Network Attached Storage). I also collect old computers and parts and occasionally just build another one for fun. Drives my wife nuts. 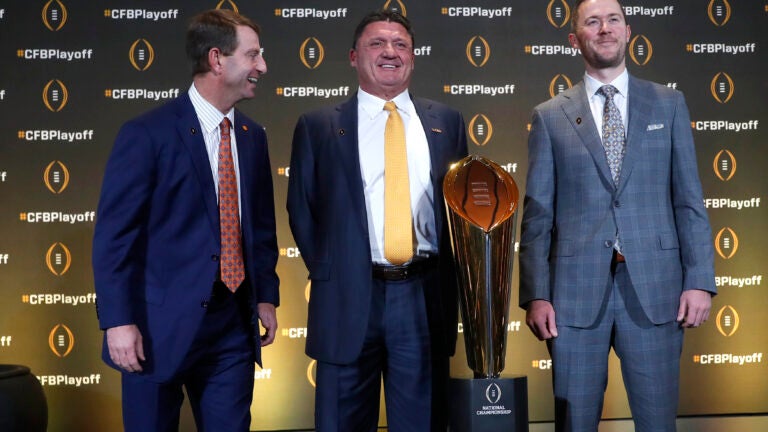 12-team CFP: Why can't Irish earn a bye and other questions