He’s a bartender. Ask him for a Manhattan, and he can make it 10 different ways: as a Louisiana (Rye and Benedictine), Red Hook (Rye, Punte E Mes), 1900s (Rye, Dolin Verouth, Boker’s Bitters) – and the list goes on.

“This kind of bartending is not beer tending,” says Toste, who started out as a busboy at Locke-Ober and is now co-owner and bartender at Deep Ellum in Allston, which he calls the city’s first combination craft-beer/classic-cocktail bar.

Like many bartenders, Toste is a musician, a background that’s an asset, he says, because entertaining and performance are a big part of both being on stage or behind a bar. He favors hip black Ray-Ban spectacles, Dickie button-down shirts, and Levis as his work uniform, a far cry from the old-fashioned black and white tuxedo he wore when first starting out as a busboy and then back waiter.

“I learned a ton about wine and service, but at first didn’t want to be stuck behind a bar, forced to listen to patrons talk about Red Sox, golf, or the Wall Street Journal. When you’re waiting tables, you can walk away.”

But a job at the Bukowski Tavern in Cambridge changed his attitude toward bartending. “I realized I could talk about music, beer, and food.

People who want to hang out do, if not, they leave,” says Toste. “I created a clientele who liked what I did and kept coming back.” Today, at Deep Ellum, he serves everyone from “mohawks to suits” and his cocktails are stirred, not shaken, with fresh twists and juices, and cool spirits. “We handpick everything; there’s no brand loyalty.”

Bartending may be the ultimate recession-proof career: bartending jobs are expected to increase 13 percent between 2006 and 2016. “People aren’t going to stop drinking when things go bad,” says Toste, who has heard his share of layoff stories recently. “In fact, they go out and drink more.”

Q: What makes a good bartender?
A: Proper pours on the beer, the correct glassware, all these things set you apart. Never let someone have an empty drink, and ask them what they’d like to have next. A good bartender remembers your name, pays attention and puts in extra effort to find out what a customer likes – or doesn’t – and tries to customize the experience. I always put a glass of water out too, because that helps cleanse the palate and prevents you from getting dehydrated. Finally, a clean bar is a happy bar.
Q: What’s the best way to get training for this profession?
A: I recommend getting a job at a place you like, whether it’s a restaurant, bar, or hotel. Start low and work your way up the ladder. Bartending can be still looked at as an apprenticeship of sorts. Going to bartending school isn’t necessary; you can learn on the job.
Q: What was the first drink you ever had?
A: It was a glass of Canadian whiskey, diluted by a bunch of ice that had melted. My grandfather had forgotten it in the door of his MG. I was only 7 years old. And, when I was 8, I pulled a bunch of Bud cans from his fridge in the garage. Maybe that’s why, to this day, I like beer and whiskey so much.
Q: Are there any annoying misconceptions about bartenders – that they all like to drink and stay up too late?
A: Misconceptions? That’s all true! 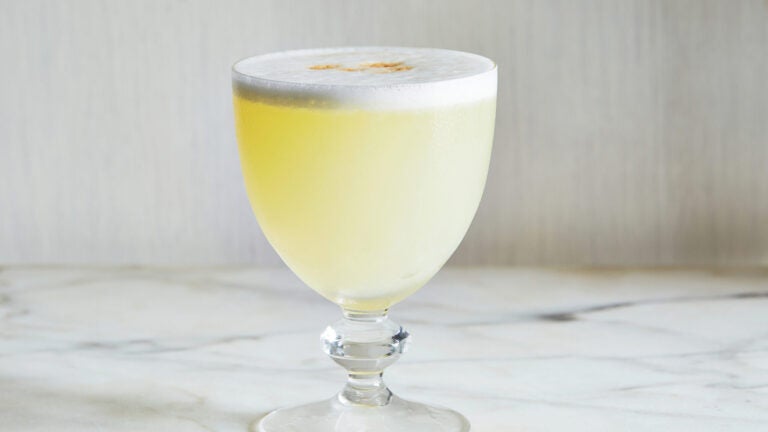 'I do love a good pisco sour': How to make a classic cocktail with this Peruvian spirit