Q. I’m heading off on a business trip soon with a colleague who is much more experienced and senior to me. He’s not my boss though; we’re just doing this particular task together. I’ve only met him a couple times (we don’t work at the same location) and though polite, he’s never been particularly friendly.

I have friends in the city where we are going, and I am looking forward to visiting with them during my downtime. I’m wondering, though: is it rude for me to schedule activities for all my evenings there that do not include my colleague? I would never dream of asking him to socialize with me at home, but since we will be on this trip together, I wonder if it would be inappropriate not to include him…?

Forgive me if this is a silly question; I very rarely travel for business, and in the past, I’ve always gone alone.

A. This isn’t an all or nothing situation. You don’t have to include him in every activity. However, you might consider asking him to join you for one of the evenings. It would be the polite and friendly thing to do. Check with your friends first so you don’t spring him on them as a complete surprise. Identify with them ahead of time one evening you could include him. At the start of the trip you could ask him: “Jim, I have some friends I plan on seeing each evening. I wondered if you might like to join us for dinner one evening? Tuesday would be really good.” If Jim accepts, then you know it was a good idea to include him for one evening’s activity. You may even end up finding out he’s really a nice guy who could be a good friend and colleague to know at work. If he declines, at least you’ve made the effort to be friendly. Either way, by asking him for one evening, you don’t need to be concerned further about not including him the other evenings. You’ve also let him know your plans so there’s no awkwardness at the end of each day about having to explain your plans that don’t include him.

I’ve been on business trips with people numerous times and have never felt put out if a person makes plans during down time to see friends rather than spend time with me. So go ahead, make your plans and try to make it possible for Jim to join you for one evening. 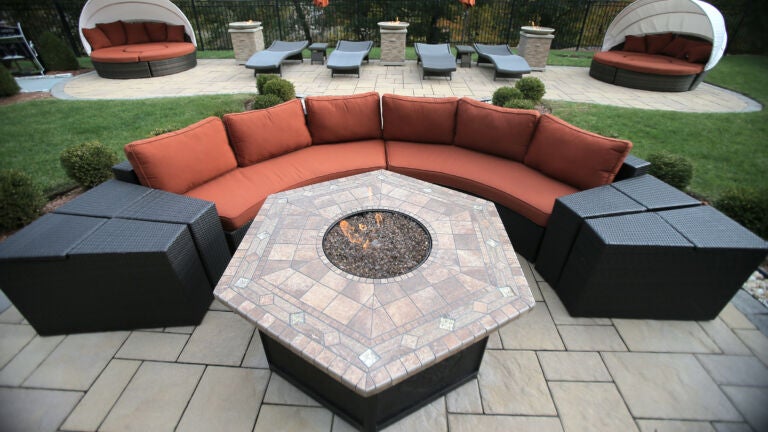 The best fire pits for outdoor entertaining this summer