Military barracks don’t have the reputation of being luxury accommodations, but still, when developer John Picerne first toured Fort Meade before a proposed renovation, he was shocked. Nothing in his decades-long real estate career prepared him for the deplorable conditions that he encountered: holes in the wall; mold on the ceiling; quarters so cramped that tables and bureaus were stacked on top of each other. “It was a sad learning experience as I realized how poorly we were treating our military families,” said Picerne, 50, CEO and president of Corvias Group in East Greenwich, R.I., which has a division called Picerne Military Housing. He was about to embark on his first joint venture with the Department of Defense, as the government continued to privatize the military construction process in an attempt to stretch limited housing funds and create opportunities for commercial contractors like Picerne. This first project, 11 years ago, was a learning curve that Picerne compared to “climbing a huge mountain,” as his property development team built and ran the Maryland base that houses over 3,000 families. From there, he partnered with the Army in the modernization and maintenance of 24,000 other homes around the country, including Fort Bragg, Fort Polk, and others. Corvias Group has also launched a new student housing division, Corvias Campus Living, the company announced Tuesday.

Q: How did Picerne Military Housing get started?
A: It was an offshoot of a national real estate company started by my family. I figured the Department of Defense isn’t going out of business anytime soon, and wanted a more recession resistant venture. The government had privatized housing stock for the military several years ago, and had an enormous backlog of work.

A: In that first year that we won the bid for Fort Meade, 9/11 happened and my worldview changed dramatically. We were now providing service and taking care of military members who were preparing for war. There was such a feeling of pride and patriotism and a greater sense of mission with staff and team members.
What seemed like a good business decision suddenly become less about career and more of a vocation for me.

Q: What’s the main difference between maintaining military versus residential properties?
A: The primary differentiator is the mass and sheer size of each installation. And while the homes are similar, we try to customize them for our customers. When upgrading Fort Bragg, for example, home of the 82nd Airborne Division, we wanted to make sure the paratroopers had enough closet space to hang their gear and parachutes, so there is more dedicated storage space for the troops.

Q: What is the governmental bidding process is like?
A: It’s an eight-hour, full-blown oral and visual production to a panel of judges, encompassing what we plan to do for the next 50 years in a partnership and ground lease. The proposal covers the number of new homes and renovations; what the emergency services and general maintenance will look like, from fixing plumbing and electrical; to how we would help families move in and out – like an apartment complex manager, but on a larger scale.

Q: Have you ever been in the military?
A: No, I have not. When I was little, every time I did something bad, my father threatened to send me to the army. In my wildest dreams, I never thought I’d be as entrenched in the military as much as I am today. 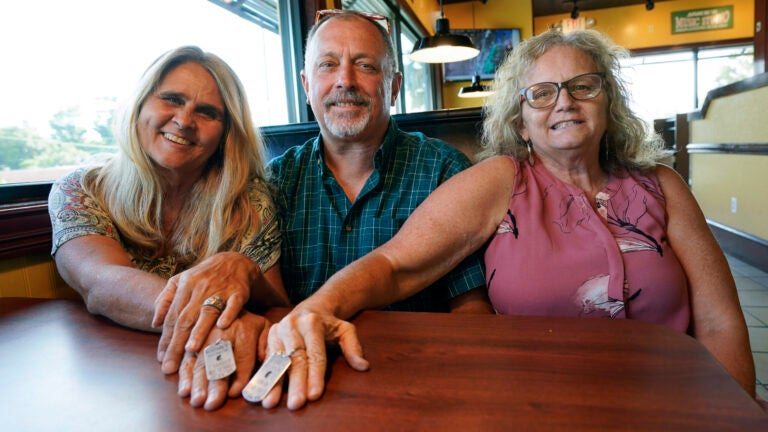