By Cindy Atoji Keene
The “Jeep wave” is a tradition among Wrangler drivers, symbolizing loyalty, fraternity and a common passion for adventure and freedom. For Peter Catanese III, waving to other like-minded enthusiasts as they pass on the highway is just one of the reasons he loves being a “Jeeper.” “There isn’t another vehicle on the road that’s like a Jeep. It’s an iconic brand that’s fun and sporty,” said Catanese, the mastermind behind JustForJeeps.com. He says the website has expanded his family’s dealership, Central Chrysler Jeep Dodge in Norwood, into a popular source for Mopar parts (equipment manufactured for Chrysler vehicles.) JustForJeeps.com, launched seven years ago, draws about 3,000 visitors a day and generated $2 million in Internet-based parts sales last year, including to drivers in the Australian Outback and Tahiti. JustForJeeps.com also carries accessories and gear for Wrangler, Grand Cherokee, Liberty, Cherokee, Compass, Patriot and Commander, including Jeep-branded golf balls, hoodies, umbrellas, and even socks. “Jeep owners are among the most loyal,” said Catanese. “Their enthusiasm is endless.”
Q: This summer, you held the first annual Jeep Festival at the dealership. How did Jeep owners respond?
A: It was a rainy day in August, so I wasn’t sure what to expect, but 300 Jeep owners showed up with their vehicles, mainly Wranglers. Caravans of Jeeps met up at service plazas and other places around Boston and drove down together. We had raffles, country music, and just hung out. One of our slogans was, “Jeeps, Jeeps, Jeeps! It’s a Jeep thing – you wouldn’t understand.”
Q: Jeeps used to have a reputation for unreliability – is that still the case?
A: Not at all – Jeeps are completely different now. Starting in early 2000, the entire Jeep and Dodge brand changed. The new Grand Cherokee is amazing, especially for the price, mid $30,000. There’s an updated Wrangler too; they came out with four-door vehicles that made it a practical vehicle for the family instead of the vehicle that always sat in the driveway.
Q: What’s the most popular item or accessory that you sell?
A: Even more than parts, Jeep clothing – like children’s Jeep overalls – are popular. In the last year, we’ve also sold a lot of cargo liners, splash guards, tote bags, and folding chairs. Running boards, or side steps as well as roof racks also go quickly.
Q: How did you happen to start JustforJeeps.com?
A: After I finished college, I started working at the dealership, managing the Internet sales department for new vehicles. But I just didn’t enjoy the price- haggling part of my job, and one day, a Mopar sales rep visited and told me about how another dealer was attracting a lot of customers by selling Mopar parts online. I decided we needed to do the same thing. It’s a good niche, because only dealers can sell Mopar parts – regular customers can’t just go out and get them.
Q: Did you expect to be selling worldwide?
A: We have shipped anywhere you can think of, including Vanuatu, a remote island in the South Pacific where one of the Survivor seasons was filmed. We haven’t gotten many orders from Africa, but we’ve had Jeep customers in the Middle East, South America, the Caribbean, and a huge business to Australia.
Q: What was it like to grow up the son of a dealership owner?
A: When I was 16, I got a demo car, lucky me. It was a new Grand Cherokee. Even up to today, I’ve never owned a car; all my cars were owned by the dealership. Today I drive a green Wrangler.

Q: Of all the Jeeps, which one is your favorite?
A: The Wrangler. It’s practical and a lot of fun, and practically the only car where other drivers wave to you. I recently put the Wrangler to the test and went off-road at the Rocky Mountain Terrain Park in Maine. I often thought, “We’re going to tip over” or “I can’t go up that incline,” but the car proved me wrong. 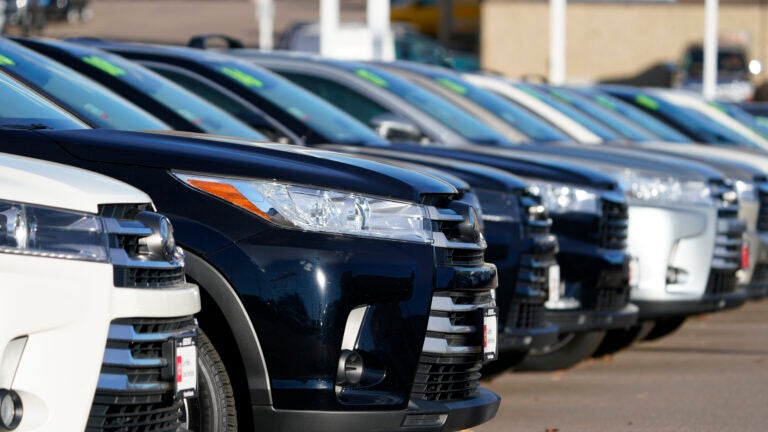