When the security agent at the Toronto airport tried to stop us, we walked right past him. He had, by then, lost his power.

Let’s make sure that doesn’t happen to you. Power is the ability to influence others. Where does yours come from?

1) Your position: Every job comes with some authority.

The security agent, for example, was authorized to check your documents, then send you to the inspection line. That day, there were two lines, 50 yards apart. He could send you right or left.

How much of your power is based on your position? If it’s all positional, you’re in trouble.

Let’s say you’re the President of the U.S. Powerful job? Well, occasionally. But most days, the President is blocked, thwarted or abused by anyone and everyone.

“Hell,” said Harry Truman, is “to be President.”

2) Your expertise: Your power may be based on what you know.

The Toronto agent sent me, and almost everyone, to the line on the right. That line was long; it appeared to contain the entire population of Canada. The other line was the size of Yukon, about six people.

“I wonder why he sent us here,” I said to the young Canadian man behind me.

“He’s completely out of it, eh,” the Canadian said.

3) Your relationships: Your power may be based on who you know.

A security agent has no time to develop a deep, personal relationship with you, but this agent skipped everything. No greeting, no smile, no eye contact.

So after waiting forever on line—it was definitely at least five minutes—I approached another security agent. She was near us, but far from the first agent.

“Would you mind terribly,” I asked her, “if I went to the other line?”

She didn’t seem wildly enthusiastic, but she didn’t say no. She sort of nodded ok. So I took off, then the young Canadian bolted too.

To get to the other line, we had to walk past the original security agent. “Hold it,” he said as we approached. “Where are you going?”

That’s when the young Canadian took over. “We’re going to that line,” he said, moving like a hockey player nearing the goal. “She”—pointing to the other agent, 50 yards away—”told us to.”

The young Canadian seemed unstoppable. I, on the other hand, would have turned around if the security agent had said to; or even if he’d mimed “go back, you idiots”; or if he’d simply decided, rather than argue, to just shoot us.

But he didn’t. So we kept going.

Tip: You may have more (or less) power than you think. Diversify. 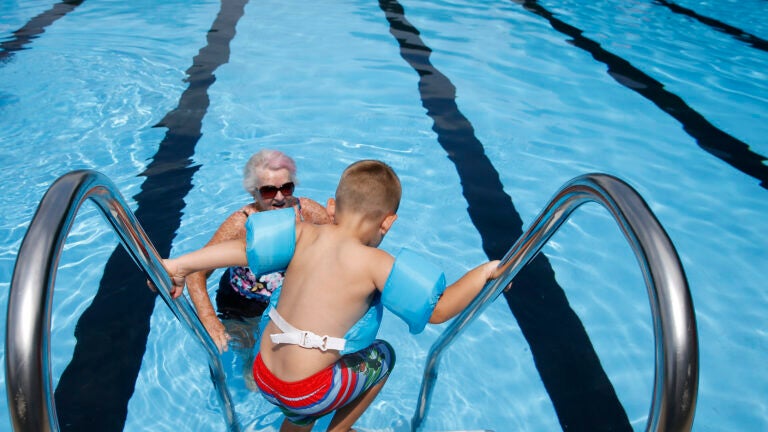 Mass. has seen a spike in drownings. Here's how to stay safe around water this summer