With Essex County once a major rum manufacturing center for Colonial America, Maggie Campbell believes it’s only appropriate that a handful of craft distillers are once again settling in along the coastline. Campbell, head distiller at Ipswich-based Privateer Rum, said that their signature lines, Silver Reserve and Amber Rum, reflect the terroir of the salt marsh. “You may taste the tanginess of the briny air in the finish or the rich oak from the hot and humid summers,” said Campbell, 29, who said that operating on a small-batch scale offers her the chance to tweak variables ¬– like barrel type or length of time in the still – to tweak the flavor.

Q: There’s been a renaissance of sorts for Rum in New England. Why is that?
A: Hand-crafted spirits have been growing nationally. In an age of mass-produced brands, small-batch distillers are seen as adding quality and distinction to our liquor cabinets. Rum is very New England-centric; it was never really made here in large volumes but it was part of trade in the colonies. Right now there are about a half dozen rum distilleries in the region, with two more set to open soon. The new artisan-orientated rum have a cleaner, fresher, more aromatic style.

Q: Is it true that the future and worth of a distillery is in its rack house?
A: That’s where we age our spirits; they are put into barrels and then rest. The work we do today is what we put into the bottle in three years. We have just short of a 100 barrels; the oldest barrel has been aging about two and a half years. Spirits shouldn’t age too much, because it covers up the nuances in the taste. Most rum ages nine months to two years. After two years, eventually the taste of oak covers up the quality of fermentation and the flavors of the base ingredients.

Q: Rum is made either from molasses or sugar cane juice. There are some consumers that insist molasses-based rums are inferior to cane juice rum, similar to the debate over single malt whiskies vs. blends. What do you think?
Q: I think they are just different. It would be like picking a favorite kid. Molasses based rums often show more sulfur, which is a major flaw in the spirits world; it smells like matchstick or rubber. A good fermentation and a copper still will control the sulfur so it adds complexity and texture instead of offense. Sugar cane can become infected and take on a ‘biological’ smell if not pressed and fermented quickly. When done well, though, it can, though, be delicate and grassy. At Privateer, our Silver is cane-based and our oak aged Amber is molasses based. I’m thrilled to work with them both.

Q: Is it true you are the state’s first female distiller since Prohibition?
A: I think it is; I don’t know of another female distiller here. Being a female in the industry is interesting; no one ever thinks I’m the head distiller – they think it’s my husband, who also works here as my assistant. He’s a whiz with the math and scientific side of the trade; I’m the artisan. I am thrilled, though, to work with a spirit category that celebrates women, especially women of color, who are often excluded from people’s conceptions of spirit professionals. There are many hypothesis for their participation in the rum industry rum. I’m always glad to discuss it over a dram.

Q: How much rum do you drink on a typical day?
A: Not that much. We taste and spit the equivlent of four ounces a day.

Q: If I came to a party at your house and ask for a rum-based cocktail, what are you likely to offer me?
A: It’s likely to be a palmetto, a mixture of rum, vermouth, and a dash of bitters. I like it because it’s simple and easy. 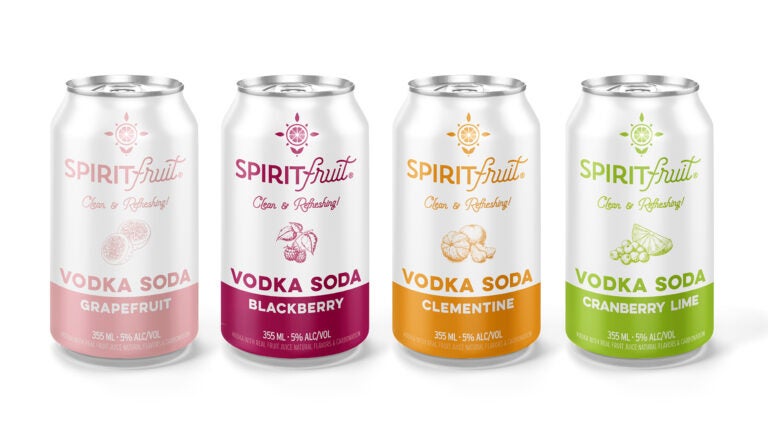 Try these Massachusetts-made canned cocktails while the weather is warm