For Fazenda Coffee roastmaster Tim Shipp, a perfect cup of coffee has a lot of sweetness and delicate flavors behind it. As he roasts specialty coffee in a tidy roasting facility housed in a Dedham warehouse, he sets rigorous standards for not only the selection of green coffee beans but also refining a coffee’s flavor. “Even the most subtle changes in bean moisture, heating time and roasting temperature can have profound effects on cup flavor and quality,” said Shipp, 28, who believes that roasting is a craft that brings out the taste characteristics of a bean.

Q: You received a master’s degree in global development policy, and now you’re a roastmaster. How did you end up in the specialty coffee industry?
A: I spent a lot of time studying how to improve the quality of life in the developing world. All through college I also worked as a barista and really got into coffee. I realized that this being a roastmaster was an avenue to affect positive economic change. We are creating a micro-lot program, which pays the grower directly to encourage them to continue creating quality coffee in small lots from a single farm. There’s been a push towards greater traceability worldwide. That means that when you buy coffee you’re told exactly where it’s coming from; if its ‘shadegrown,’ fair trade ¬– that kind of thing. I think people are also beginning to see their purchasing decisions as ethical decisions, so whether it’s coffee or a T-shirt, they want to know if it was it done in a way that is fair to the producers.

Q: Why do you work mostly with only single-origin coffee?
A: Single origin is a premier coffee that comes from one place, whether it’s one farmer or a group of farms. You can really see the story of the coffee in the cup; the unique flavor of the country’s soil and the farmer’s work – how it was harvested and processed. In the past, blending was often a way to mask imperfections.

Q: What does it mean to create a roast profile?
A: A good roastmaster will keep meticulous records of sample roasting, when he smells, tastes, and examines the beans and sees how they perform in different conditions while roasting. I might have one coffee and try it 20 different times. Variables can include the starting temperature of the roaster, air-flow settings, cooling time. I’ll look at when the beans first start cracking from the heat (called “first crack”), when the browning reaction begins, and other measurements. Since we re-organized our database in July last year, I’ve tried and logged 187 different coffees. We have 838 cupping (or tasting) entries.

Q: Roasting machines come in several varieties. What kind do you use?
A: It’s a Probat P25, a drum roaster. It has a fairly small drum that is designed to be more consistent. The drum roaster is like a barrel that’s spinning, the notion being that heat is applied more consistently to every part of the bean. The machine also has temperature probes, which measure the internal temperature of the coffee bean. I’ll pick out a sample of the coffee while it’s roasting and look at it under the light to examine what’s happening. It’s estimated that there are five thousand chemical reactions during roasting.

Q: Do you get caffeine withdrawal headaches if you don’t drink coffee?
A: I try to keep my daily intake of coffee under five cups. Drinking coffee is part of my job description, so I don’t know what it’s like to go without. But when I ‘cup’ coffee, I do taste and then spit it out. 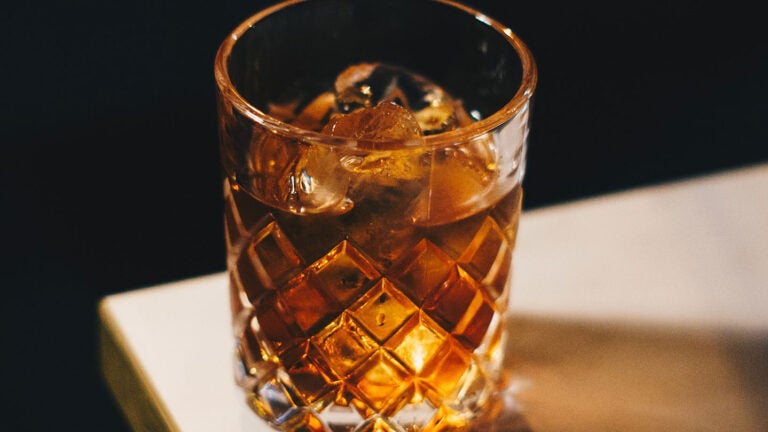 How to make a Gypsy Queen, a Golden Age drink for cocktail aficionados