I believe in coincidences. Case in point:

Just yesterday at the start of The Emily Post Institute’s annual Train the Trainer program, one of the men attending greeted me, took one look at me in my suit and tie and asked, “Am I underdressed? Should I be wearing a tie?” He had on a blue blazer, which even had a white pocket square, a button down shirt and vest sweater, but no tie. I assured him that while a suit and tie were appropriate for me as the instructor, as a participant his business casual dress was just right.

Then, tonight, I received an email from a former employee citing an article about the demise of the tie. She gave me a link to the article on CNN Money’s website titled “The Tie Is So Old School” that asked and answered: “Is the necktie dead, or at least dying? The answer is yes, of course.” Really?

In the article the case for the demise of the tie is made by citing sales statistics for ties: “annual tie sales in the U.S. peaked in 1995 at $1.8 billion, according to the NPD Group. By 2008 that number had tumbled to $677 million. Sales have perked back up to about $850 million a year as we’ve emerged from the Great Recession.” But the author of the article, Andy Serwer, managing editor @FortuneMagazine, posits that the increase in sales doesn’t portend a return of the tie. He simply states: “In any event, it’s hard to see the tie biz ever again hitting the levels of two decades ago.”

I’ll agree that sales certainly have dropped off to about half their all-time high and may not rise to that level again. While I believe that the more informal work culture is offering increased opportunities not to wear a tie, that doesn’t mean the tie is dead or that now it’s appropriate for a man to forgo a tie in any business situation. My seminar participant’s concern that he might be underdressed is a perfect example of why the tie isn’t dead. For a brief moment he wondered if he might be too casually attired. There are events and times when formality and ties matter.

The tie’s value is that the formality it represents demonstrates respect for the occasion and those present. The beauty of wearing a tie is that if it turns out it’s not really necessary for the occasion, it’s easy to remove. But if you arrive at an event not wearing a tie and you suddenly realize you need one, it’s hard to conjure one up (unless you were smart enough to put one in your pocket, just in case).

Don’t be lulled into thinking the tie is dead and then wish you had one. You can always take it off. 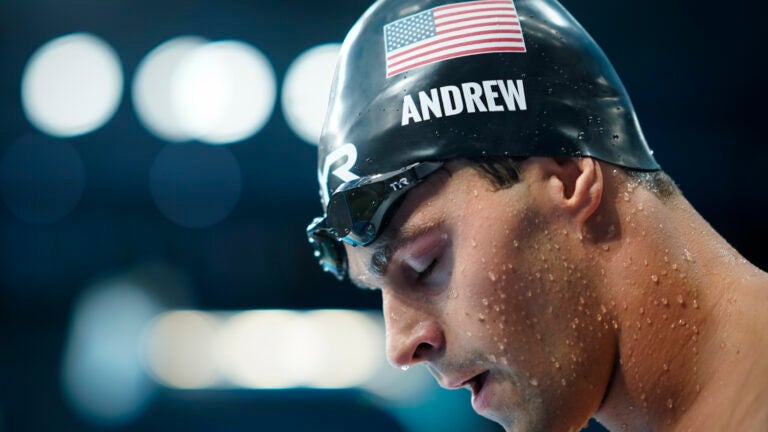 US swimmer Michael Andrew goes maskless behind scenes at Olympics