Tech fashionista Tiana Haraguchi often cites the statistic that 80 percent of fashion boutiques fail within the first 5 years of opening. She believes that her mobile style app, Boutikey, will give customers the extra push they need to make their way into independently-owned boutiques. “Ironically, it’s online digital tools that are helping to get shoppers into the offline world of brick-and-mortar stores by personalizing the shopping experience,” said Haraguchi, 25, who launched the app this year and says she has signed on over 70 boutiques and more than 1,000 users.

Q: Boston Boutiques – is this an oxymoron? Why is Boston often rated as one of the worst dressed cities in the country?
A: I think Boston gets a bad rap because it’s such a big college town. There are so many great schools in the city that the typical college student’s dress style – sweat pants and hoodies – takes over the scene. But Boston truly does have an abundance of style. The city is filled with countless socialites and fashionistas who are bringing international-inspired trends into the city. Many of our city’s fashion bloggers and icons are coming up with their own creative styling ideas, regardless of the genre, whether it be preppy, chic, classic. boho or edgy.

Q: What is the boutique scene like here?
A: It’s difficult to count the total number of stores, but there are about 120-130 retail shops that we could potentially work with. The boutiques are clustered in the South End, Newbury and Charles Street, and Harvard Square. And there’s an up-and-coming group of boutiques in the North End.

Q: How does Boutikey work?
A: I came up with the idea after I made a big purchase in a Boston boutique. It turns out that there was a sale there that I didn’t know was going on until I had already made my selection and was checking out. The app I created helps shoppers discover new boutiques that they don’t know about and also helps them keep up with the latest trends and styles. Every dollar they spend in a participating store is tracked, and after spending a certain amount, they can earn points or savings toward a future purchase. We’re also working on tracking data so retailers can hone in on shopping patterns.

Q: Why is it so hard for boutiques to keep up with modern marketing trends?
A: Most are thinly staffed and have limited resources, and often they are owned by proprietors whose passion is fashion or merchandising, not business. They typically use email campaigns but a lot of these emails go straight to the spam box. Most are on social media but they’re just winging it and it’s hard to capture attention. And some boutiques are using just sandwich boards and chalk to advertise sales.

Q: You call your fashion mobil app a “shared shopping community” that brings the Boston fashion community together. Are you achieving that goal?
A: Initially these boutiques looked at each other as competition but when they work together they have a better sense of community. We’ve been doing events that bring stores together; our launch party featured styles from 30 of the boutiques we work with, and many boutique owners met other owners for the first time.

Q: As you have developed the app, what have you found are some do’s and don’ts of app development?
A: When you have limited resources like I do, bootstrapping is a huge part of getting off the ground – getting something built for a reasonable cost is something investors like to see. There are a lot of talented developers overseas who are difficult to work with because of cultural and language barriers but getting it done there can save hundreds of thousands of dollars. I was quoted $250,000 to $500,000 for my second app development, but I was able to get the second app for $25,000 by working through my network and finding a great team overseas. It’s a matter of being patient, knowing good talent when you see it, and staying involved, even if it means staying up till 2 a.m. because of the time difference between here and India.

Q: What’s your favorite boutique as a fashion entrepreneur?
A: Crush Boutique on Beacon Hill and the Back Bay, and Ku De Ta and Pretty Reckless in South Boston. I literally never have been ever been able to leave any of these stores empty handed. I have a glam chic style and love crop top and high-waists, a great pair of jeans, and heels. I can always find great pieces in these stores. 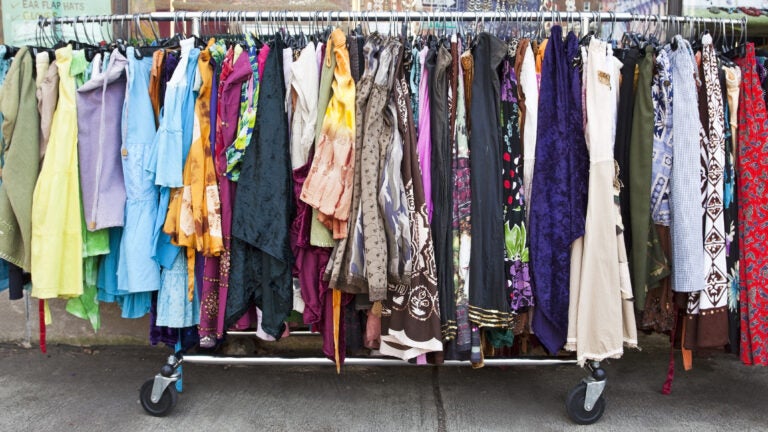