“What is the proper way to cut food and bring it to your mouth?” That’s a typical question asked during the dining part of our business etiquette seminars. While many people already know the answer, they ask to get confirmation which gives them confidence.

Of course, the simple answer is to do it in a way that doesn’t gross out the other people at the table. If you think about it, table manners are designed to limit the grossness of the act of eating. So, if you aren’t sure how to eat something, ask yourself: “Is what I’m about to do possibly going to gross out others around me?” If there’s a chance that it is, don’t do it. If you don’t know what to do, wait and watch what others do (particularly your host) and emulate that.

The way to cut food and bring it to your mouth starts with gripping the utensils correctly. The explanation Emily Post gave for holding the knife and fork in the first edition of Etiquette in 1922 holds true today:

“In his left hand is put his fork with the prongs downward, held near the top of the handle. His index finger is placed on the shank so it points to the prongs, and is supported at the side by his thumb. His other fingers close underneath and hold the fork tight.”

The knife is held in the same way in the right hand. Left-handed people ask if they can hold the fork in their right hand and the knife in their left. The answer: Yes. Use your dominant hand to hold your knife.

The way to cut one’s food falls into two camps. The so-called continental style involves holding the knife in the dominant hand and the fork in the other hand with the tines facing down. You use the tines of the fork to hold the food to be cut while cutting with the knife. Then, spear the cut piece with your fork and bring it to your mouth. In the so-called American style of eating, the cutting routine is the same, but after the cut is completed, the knife is placed on the edge of the plate while the fork shifts to the dominant hand. The cut piece is then speared or scooped onto the fork and brought to the mouth. Emily referred to this method of cutting and eating food as “zigzag eating.”

Some people, even though they are right-handed, are comfortable bringing food to their mouth with the left hand, continental style. Other people are more comfortable using their dominant hand to bring food to their mouth as in the American style. So which method is correct? The answer is that both methods are correct. Choose the one most comfortable for you; then, practice so that the motions of cutting and eating are fluid, natural, and confident. 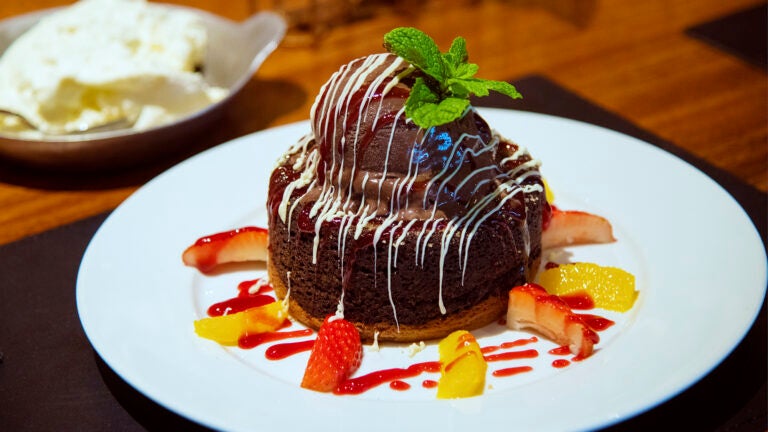