Every year Gallup asks Americans to rate how honest and ethical they perceive common professions to be.

Nurses, doctors, and pharmacists rounded out the top three in 2014 — a year when the Ebola outbreak affected many in the medical profession. Eighty percent of respondents chose “high’’ when asked to rate the honesty and ethical standards of nurses, over “average’’ or “low.’’ Sixty five percent said “high’’ when rating medical doctors and pharmacists. On the other end of the scale, only 8 percent of Americans say car salespeople have high standards, and 7 percent think members of Congress do.

These rankings change little from year to year. In fact, since nurses were included in the annual survey in 1999, they have topped the list every year (with the exception of 2001 when it was firefighters — likely a response to the Sept. 11 attacks).

It’s easy to reason why nurses might be perceived as more honest than people who sell cars for a living. What’s more interesting is that nurses consistently top doctors in this regard.

“It comes down to the way we deliver acute care, especially at teaching hospitals,’’ said John Paris, a bioethicist at Boston College. Attending physicians often do rotations, and residents in training also cycle through, so every time the family arrives, they’re talking to a new doctor, he said. On the other hand, the nurses are almost always there, and they form relationships with the patients.

If someone is really sick, there will be consultants from neurology, cardiology, radiology, and more. “But there’s no captain on the ship. Everyone gives their two cents,’’ Paris said. “The nurse is the only one with any continuity.’’

It makes sense. “Nurses are the one you call if you need something. People tend to place more trust in those that are directly caring for them,’’ said Inna Khazan, a clinical psychologist in Boston.

Paris added that doctors hate to give bad news, and they oftentimes exaggerate the success rate to patients “But the nurse – she will rarely give her opinion, but you can read her body language.’’

Other professions included in the Gallup poll include bankers and business executives, which 23 percent and 17 percent of respondents believed had high ethics, respectively.

Police officers, who have been in the news recently related to controversies around deaths in Ferguson and New York, had a 48 percent rating this year, down from 54 percent in 2013.

The poll was conducted over four days in December in the US. 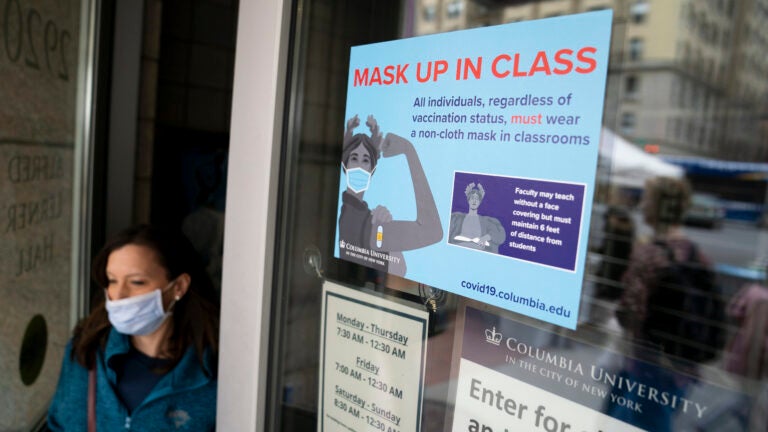 Why masks work, but mandates haven’t