When it comes to creating a strong work-life balance, employers and employees don’t always see eye to eye.

A study released Tuesday by CareerArc and WorkplaceTrends.com found that two-thirds of bosses felt their staff had a strong work-life balance. On the other hand, less than half of surveyed employees felt they had enough time to enjoy their personal lives.

CareerArc is an HR technology company with offices in Boston and Los Angeles. WorkplaceTrends.com is a research and advisory service for HR professionals located in New York.

According to CareerArc CEO Robin Richards, perceived differences between baby boomer employers and younger employees could be behind the disconnect over work-life attitudes. Of the 116 HR professionals surveyed, 62 percent said Generation X employees — workers between 34 to 50 years old — benefit the most from flexible work-life programs. Meanwhile, 35 percent said Generation Y (or millennials who fall between ages 22 and 33) benefit the most. Only 3 percent said the baby-boom generation, ages 51 to 70, benefit from work-life programs.

“Generationally, boomers’ mantra has always been ‘live to work’ while younger generations’ mantra has been ‘work to live,’’’ Richards told Boston.com in a phone interview. “It can be difficult for a boomer to really appreciate the sea of change that is occurring with employees who now covet a strong work-life balance.’’

Richards said part of the problem is that technology is “blurring the lines’’ between work and home. The survey found 1 in 5 employees spent more than 20 hours per week working outside of the office during their personal time.

“It’s almost Pavlovian,’’ said Richards. “We’ve been conditioned to answer emails quickly… People jump at all hours of the day if they perceive themselves as being a quick responder.’’

“When leadership and employers aren’t experiencing the same reality at work, that becomes an issue,’’ she told Boston.com by phone. “If employees are telling their bosses ‘I need work-life balance’ then employers need to listen.’’

“If they’re not having that conversation, then leadership really loses,’’ she said. Varelas pointed to Monday’s snowstorm that forced many people to stay at home as an example of achieving a strong work-life balance.

“So many people worked from home and were productive,’’ said Varelas. “But it was understood they needed to shovel their walkways and take care of their kids. They were truly multi-tasking.’’

CareerArc’s chief marketing officer Yair Riemer said addressing work-life issues could be key to addressing a potential large-scale worker shortage in a few years. A 2013 study from Georgetown University predicts the U.S. will face a shortage of roughly 5 million workers with the education requirements for jobs by 2020. The retirement of millions of boomers over the next few years is part of the reason for the anticipated talent gap.

Riemer said companies that invest in a strong work-life program could be in a better position to keep strong employees on board.

“It’s all about an employment brand,’’ said Riemer. “Retention and recruitment will be of high importance for many CEOs in coming decade. Building a good work-life brand will be key for corporations.’’

The survey also found more than half of the companies surveyed planned to invest more in their work-life programs in 2015. These investments could include helping an employee set up a home office to be productive at home or paying for their Wi-Fi and cable bill.

Richards believes that the boomer generation of employers are hearing the message and are willing to give their employees more flexibility as part of their company’s long-term strategy.

“Culture has always been important to the boomer executive,’’ said Richards. “They realize that a strong company culture creates productivity, improves retention, and enhances recruitment efforts.’’

Over the next few years, Richards predicts more companies will roll out generous work-life perks. This could include flexible work days and “device days off’’ where employees aren’t expected to be available for work-related emails or phone calls.

“I think it starts with a dialogue,’’ said Richards. “The CEO or chief human resources officer must bring employees together and say, ‘We want to create a culture that makes you want to work here for a long time.’’’ 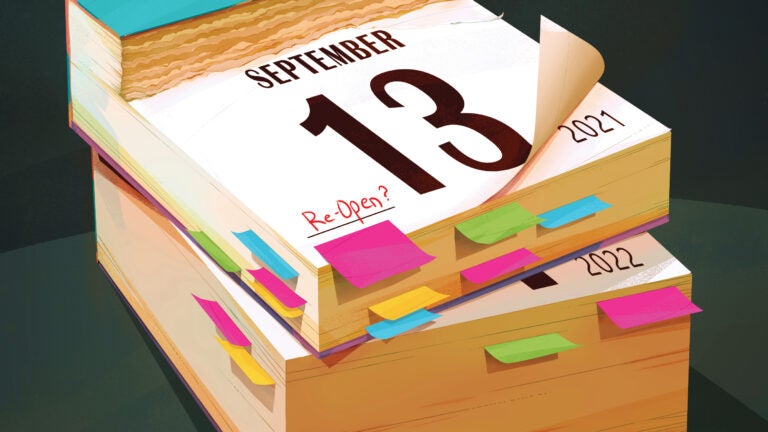