More power to the nerd culture. That’s Gary Sohmers’ battle cry, and he claims that geekdom is composed of the types of people who might attend his bi-annual Northeast Comic Con. This small comic book convention – the next one is at the Shriner’s Auditorium in Wilmington on Dec. 5-6 – is a pageantry of obscure sci-fi, vintage collectibles, and quirky celebrities. “Where else can you get your BB gun autographed by A Christmas Story actors; meet artists from Marvel comics; and dress as your favorite anime character?” said Sohmers, also an appraiser and memorabilia dealer who is known for his trademark Hawaiian shirts and gray ponytail. Sohmers spoke to Globe correspondent Cindy Atoji Keene about producing the local comic con show and making a living dealing in memorabilia.

“Comic con represents all forms of pop culture, from Star Wars to Sonic the Hedgehog; Power Rangers to Lost in Space. All three generations come to the Comic Con show – I like to call it dimples, pimples and wrinkles. I’m in my 60s, so I experienced Mr. Ed, the Munsters, and the Mod Squad as fresh and amazing. But the best part is sharing with the next generation, who embrace Led Zepplin more than Justin Beaver; and Batman just as much as Dark Knight. The evolution of pop culture has been reimagined as well as revolutionized to keep up with technology. As nerds, we have a different mindset – you know you are a nerd if someone is bullying you. But this convention is a safe and fun environment and a creative opportunity to explore our interests. I only expect 8,000 attendees, so it’s not nearly as big as the New York or San Diego comic cons that attract as many as 150,000 people, but it’s all about offering entertainment value. I don’t run these shows to necessarily make that much money but to make an impact. I started three decades ago at the Northeast Trade Center, after that Bayside in Boston; then 9/11 happened and business was awful – there were no vendors or celebrities willing to show. But four years ago the economy improved and I started doing comic cons again. In this line of work, everything adds up, whether it’s appraising memorabilia for the Rock ’n’ Roll Hall of Fame or Pixar, or selling concert posters and toys at flea markets. My father used to collect campaign buttons; I got bit by the collecting bug at age 8. I have been buying and selling record albums, toys, comic books and more even before the Internet – that’s when you had to do actual hands-on research to know what something was worth. But I can still miss a good deal. At one of my shows last year, Amazing Fantasy comic number 15, which has the first appearance of Spiderman, sold for $6 thousand dollars – then resold for $19 thousand. I’m still kicking myself for not seeing it first.” 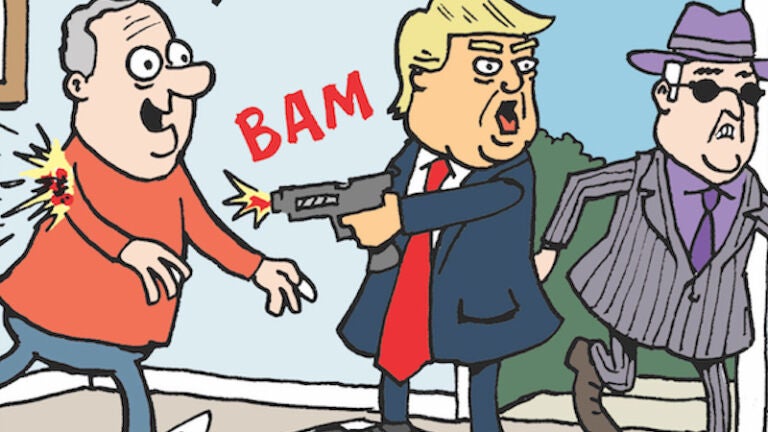