She may be the co-founder of ArtLifting, but Liz Powers prefers the title “chief happiness spreader.’’

The Harvard College alum co-founded ArtLifting with her brother Spencer in 2013. It’s a benefit corporation that empowers disabled and homeless artists by selling their work through an online marketplace and in other creative ways. After bootstrapping initially, the siblings recently raised over $1.1 million in seed money from investors like Blake Mycoskie of TOMS Shoes and Eric Ries of “The Lean Startup.’’

Boston.com recently spoke with Liz Powers about what it’s like doing her job.

This interview was edited for length and clarity.

I’m the chief happiness spreader at ArtLifting. My job is to empower disabled and homeless artists by thinking of creative ways to sell their artwork. We sell original art, but also prints of their work and products like tote bags and cellphone cases. A lot of people have loved having art that has a practical use, too.

Recently, we launched corporate art with the idea that corporations are not just buying art in bulk, but could use it for journals and stuff like that. We’re in the discussion phase with lots of corporations about what are their current needs. We’ve had some pretty cool success with that, and sold art to two Fortune 500 companies: Staples and Microsoft, which has a new innovation center in San Francisco using all ArtLifting artwork. 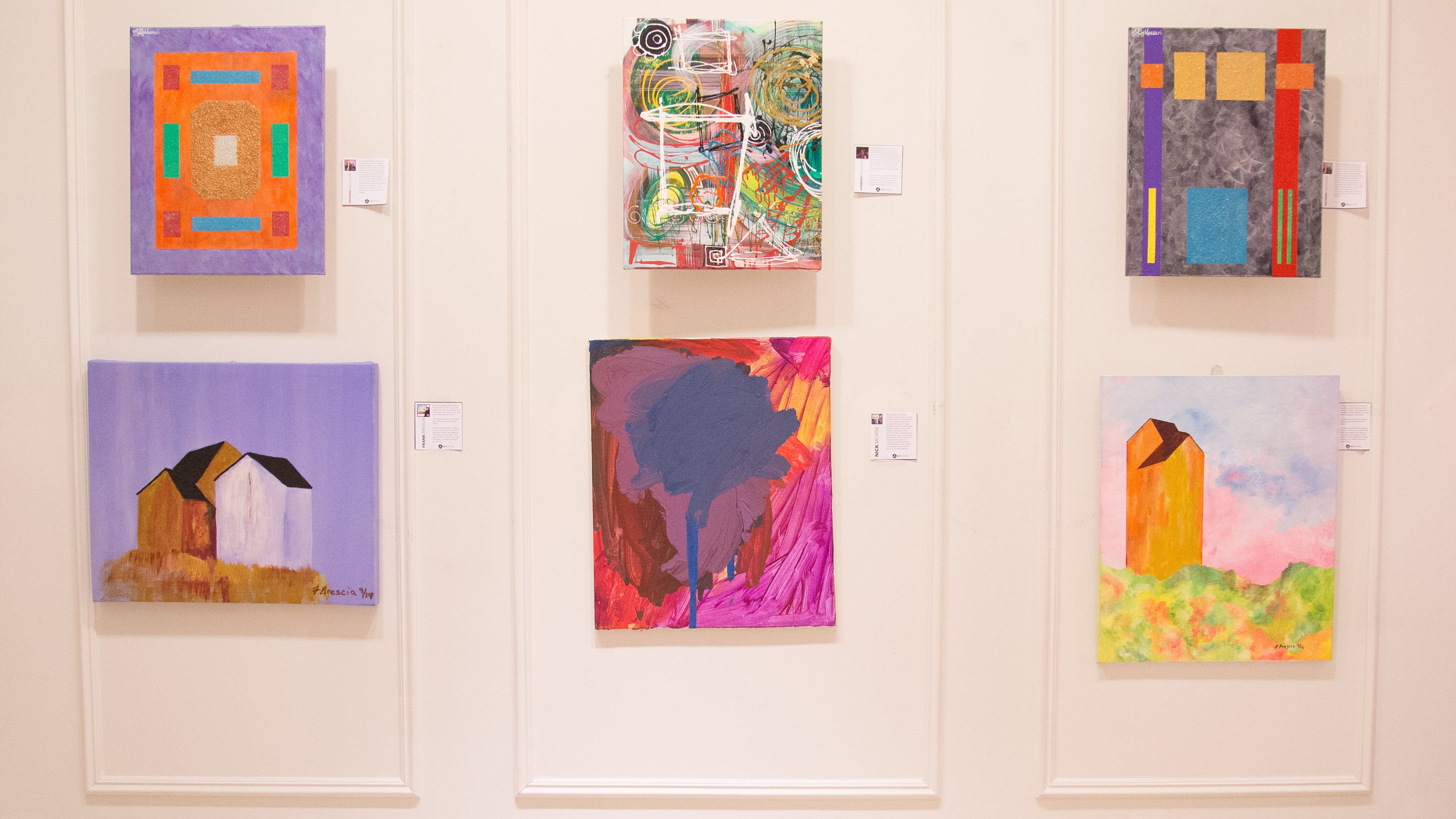 A lot of the time, I’m in meetings thinking about creative ways to sell and doing a lot of creative planning. We have three branches for selling artists’ work. The first is e-commerce. The second is corporate sales, and the third is licensing. Licensing is the idea of printing art on a brand name dress, or a pair of shoes, or a hot sleeve. We’re working with big brands to print our art on their products. So that means I spend a lot of time with potential prospects of people who might buy, or I’m spending time with the whole team knowing what the marketing team and the sales team are doing. We have seven full-time staffers right now. Artists keep 55 percent of the profit from each sale.

How did you start doing this job?

I’ve been working with homeless individuals for nine years since I started at Harvard in 2006. During college, I first volunteered at Harvard Square’s homeless shelter serving breakfast, and then for the rest of college, I volunteered at a nonprofit called Lift doing casework, helping people find jobs, housing, and filing their taxes for free. Tons of clients during one-on-one meetings would say they were really lonely. That got to me very personally, but also philosophically. I thought, “How can I find a safe space to bring people together?’’ I’ve been an artist my whole life. I thought, “What a natural way to bring people together – through art.’’

In this time, while running art groups and going to shelters, I kept seeing amazing art work. What a no brainer but to sell it. It’s a population that really needs money, but also a confidence boost. People would say, “Liz, people always focus on the negative parts of me. I don’t have a job. I’m homeless. I’m in a shelter. I’m in a wheelchair.’’ And I would say, “Why don’t we totally turn that around and focus on the positive parts. So five years ago, after I met with art therapists from other art programs, I thought we should have a joint art show.’’

We had the first one in May 2011. It was called “City Heart,’’ and it brought together eight different art programs from different shelters and disability centers and over 70 artists. We decided to gather for one day a year. It built up over time. Boston Properties was extremely generous and donated space in the Prudential Center for the art show. There was so much foot traffic. People kept saying, “This is so amazing. When is the next show?’’ It was really depressing to say that it was in 365 days.

So my brother and I brainstormed and said, “We know there are thousands of art groups around the country but there’s no collective place to sell it. Why don’t we become a broker for artists all across the country and not just sell original art but also prints and other products so the artists can make unending amounts?’’ There are other art programs that sell for their own artists but no national movement like this. Nothing existed like this. What tools could you not do your job without?

Google calendar. Gmail. My laptop. My phone. I got my first smartphone when we started ArtLifting. My brother made me. I don’t like to stay overly attached and I hate in conversations when people are constantly texting but obviously when you’re running a business, you have to be able to send an email on the T. Oh, and it’s really helpful when you’re lost.

What was the last time you did something outside of your comfort zone? What happened and what was that like?

Going for investment. We bootstrapped the company to six figures, then this summer got investment of $1.1 million and ended up closing with $1.3 million. That was definitely a learning process for me. Figuring out what are the standards and the documents you need because that’s obviously very different from running art groups and shelters. Focus, because we have endless possibilities and many balls in the air. Many people are excited about partnering with us. I’m trying to focus on what’s best long term for the artists.

Why do you do your job; what makes it meaningful?

I’m really proud of creating jobs. Many social enterprises give a handout with the idea, “If we get this, we will donate this.’’ At our company, artists are earning everything they get. I foresee a new wave of social enterprises that simply give opportunities to individuals instead of giving them stuff because most people don’t want stuff. ArtLifting is a benefit corporation rather than a nonprofit because Liz Powers said she hopes to sustainably grow the business while treating the artists as human beings with dignity, not charity cases.

Someone in this tiny town won $731 million. Now everyone wants a piece of it.