For most workers, facing the T or waiting for their car to warm up signals the beginning of the worst part of the day — the morning commute.

This time period — spanning an average 38 minutes for workers worldwide — is so dreaded that studies have shown people with longer commutes are more likely to report negative consequences like low levels of subjective well-being, high levels of stress, and separations from their partner.

A working paper out of Harvard Business School, however, points toward an approach that may make long commutes less stressful and damaging: Use the time to plan out your work day, instead of listening to music or daydreaming.

Researchers found that not all workers are similarly affected by commuting. Employees who described themselves as having low self-control were less satisfied with their jobs when they had a long commute, and more likely to leave their company within the six month window of the study. Employees who described themselves as having high self-control were unaffected by their morning grind, however.

The authors theorized that workers who exhibit higher levels of self-control in their personalities were more likely to use their commuting time to think about work-related goals rather than to try to “escape” their commute through short-term temptations like music, books, podcasts, or daydreaming.

This made the researchers wonder if it was possible for workers with low self-control to change their behavior to reap the same benefits from their morning commute as their focused counterparts.

To test this, researchers conducted a field experiment for six weeks in which they asked some workers to engage in “goal-directed prospecting” during their commute, while other workers were asked to go about their morning commute as usual.

The workers who engaged in goal-directed prospecting were prompted with text messages like, “What’s on my agenda today?” and “What potential difficulties could arise preventing me from achieving that?” These workers were also asked to think about their long-term goals at work and what they should be doing each day to best achieve them.

Controlling for different modes of commuting, researchers found that workers who were prompted with these goal-oriented questions reported lower levels of emotional exhaustion and higher levels of job satisfaction related to long commutes. Meanwhile, members of the control group who were only asked to pay close attention to what they do during their commute did not experience these beneficial effects.

This suggested that it’s possible for workers to change their morning commute mindset to be happier, healthier employees.

One of the study’s authors, Jon M. Jachimowicz, a graduate student at Columbia Business School, said the results surprised him.

“I was surprised to the extent that maybe I should not have been so adverse to commuting before, like maybe I shouldn’t have run away from the prospect of it,” Jachimowicz said.

As a lifelong commute hater, Jachimowicz said prior to the study, he would do almost anything to prevent a long commute to jobs or internships.

“In all of the places I’ve ever lived, I always tried to make the commute as easy as possible,” he said, adding that his current commute takes no longer than five minutes. “I don’t do well when I commute…It makes me stressed.”

Jachimowicz said he hopes the study makes workers think a little more carefully about how they spend their commute.

“We think about it inherently as a time to be stressed out and frustrated,” Jachimowicz said. “Maybe by saying, ‘This is the worst part of my work day,’ precludes you from the possibility to think about it in a special way, as the time that spans home and work. Reframing it might allow you to use that time for something very productive. It could be a wonderful opportunity to engage and transition to your work role.” 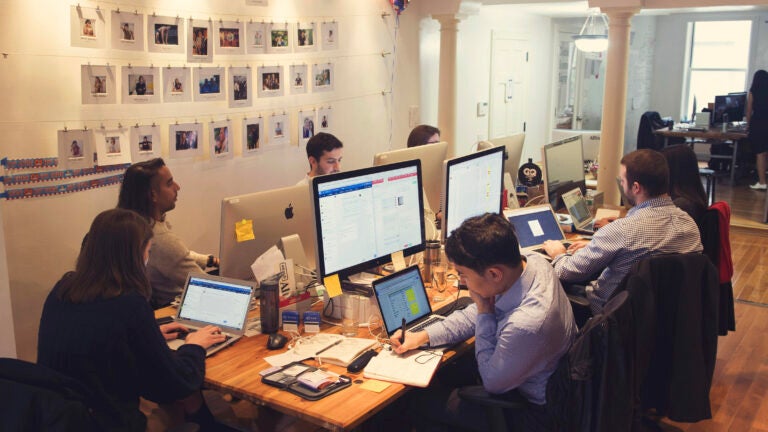 Why millennials aren’t loyal to their companies