A recent salary negotiation workshop sponsored by The American Association of University Women and the city of Boston brought together women working in fields that ranged from medicine to architecture, finance, human resources, and advertising.

The workshop was one of nearly two dozen scheduled so far this year as part of an initiative by the Mayor Marty Walsh and the association to close the gender pay gap and to give free negotiation classes to 85,000 women in Boston.

Though their ages and experiences varied, the women gathered at YWCA Boston at 140 Clarendon St. had one commonality: At some point in their career, they had either been refused a higher salary, or hadn’t negotiated at all — a widespread problem that (partially) explains why women are still paid just 79 percent of what men earn in the U.S.

In Boston, full-time male workers are almost twice as likely as female full-time workers to earn $100,000 dollars or more per year, according to a Boston Redevelopment Authority Research Division analysis of U.S. Census Bureau data.

Led by Sarah McCue, a certified financial planner from Morgan Stanley, the workshop offered tips on how women can calculate the salary they need, while also figuring out the salary they deserve.

What if things don’t go so well?

The association suggested that women anticipate the employer’s reactions and formulate persuasive responses. For example, if your boss ends up saying, “I don’t have the budget for this high a salary,” you should already have a response. There’s no right answer, but preparation is half the equation of a great interview or meeting.

One thing to avoid, however, is getting personal about why you need the money or benefits. Experts said being objective makes you seem more competent.

One attendee, 25-year-old Stephanie Koltun, said she came because she’s had a “rough time” negotiating for a higher salary at her current job as a designer at a Boston-based architectural design firm.

“I didn’t negotiate at all when I was first hired because I felt loyalty to the company, and was in a time-crunch,” Koltun said. “I really needed a job. Then, when I did negotiate later on, I felt like I could only speak to my accomplishments since I didn’t know what anyone else made.”

This feeling of uncertainty, or “being in a black box,” was a common theme at the workshop. Many women working in the private sector said they felt silly ball-parking what they thought they were worth when potential or current employers asked what salary they’d like to make.

“I’d really like to hear from HR people on the other side of the negotiation table,” Koltun added. “I’d like to do better next time.” 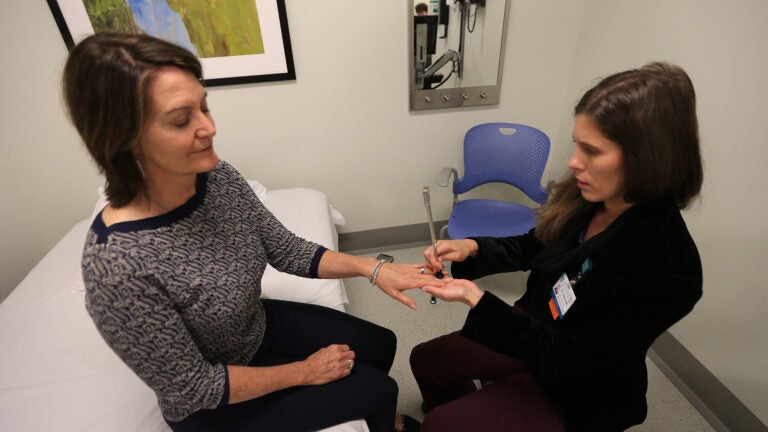 Can your boss really use ‘workplace wellness’ data to track your birth control habits?