M&Ms may be delicious, but when Google realized its workers were eating more of them than any other snack in the break room, the company wanted to find a way to encourage employees to make small, healthy changes to their diet.

Working in tandem, researchers from the Google Food Team and the Yale Center for Customer Insights began studying how behavioral economics (the study of how psychological, social, and emotional factors affect the decisions of individuals) can improve employee health choices. After running multiple field experiments, they came to understand that very small “tweaks” could nudge employees’ behavior toward desirable outcomes, yielding huge health benefits.

Zoë Chance, assistant professor of marketing at Yale School of Management and one of the researchers of the study, said the goal was to help people eat healthier without taking away their choices, which they suspected would create a “backlash.”

So they did little things – like changing the accessibility of snacks by moving them further away from the water cooler in the break room, increasing marketing efforts for vegetables at lunch time, and serving M&M’s in individual packets rather than in bulk.

The impact was pretty huge.

And by promoting the “Vegetable of the Day!” with bright posters featuring fun facts about vegetables right next to the dish, they increased the number of employees trying the featured dish by 74 percent and increased the average amount each person served themselves by 64 percent.

The researchers were thrilled with the results, Chance said, and hope to see more companies use behavioral economics to encourage healthy workers in the future.

“Emphasizing the message of motivation is not enough,” Chance said. “The number of people who text while driving is almost the number of people who drive, and yet we’re all pretty motivated to live. We do this stupid thing because it’s easy. Behavioral economics is about making those desired changes easier.”

But what if you don’t work at Google and have an entire team dedicated to reorganizing your office in your own best interest? Boston.com asked Chance for some tips any worker could use to optimize their snacking habits in the office. Here’s what she had to say:

Keep portioned, healthy snacks in your desk. The researchers found that telling workers about serving size and nutrition had almost no impact on employees’ M&M consumption, yet portioning the candy caused workers to eat 58 percent fewer M&Ms. To avoid mindless overeating, Chance suggested keeping individual packets of nuts and dried fruit in your workspace, rather than giant tubs.

Avoid areas of temptation. In the Google study, observations of more than 1,000 workers found that people who used the beverage station near the snacks were 50 percent more likely to grab a snack with their drink. For men, that added up to about one pound of fat per year for each daily cup of coffee.

To prevent those unwanted pounds, Chance advised workers to simply avoid any office areas laden with unhealthy treats, whether that constitutes a corridor lined with vending machines, or a break room filled with candy.

Pack your own lunch. “When we can pre-plan our food, we make way healthier choices than when we choose meals on the fly,” Chance said. “When people make grocery lists in advance, they put lots of healthy foods in their cart, but when making a spur of the moment decision, we put way more junk food in.”

So rather than waiting to see whether it’s going to be a salad or a chicken fingers day in the cafeteria, try packing a healthy, veggie-filled lunch at home the night before.

Focus on one small change at a time. It’s unsurprising that many people give up on their New Year’s resolutions by February, Chance said. People attempting to achieve multiple goals at once like losing weight, exercising more, and eating healthier often feel overwhelmed and defeated.

Instead, focus on one small thing you’d like to work on, like giving up soda, or eating one piece of fruit with lunch each day. You’re much more likely to succeed. 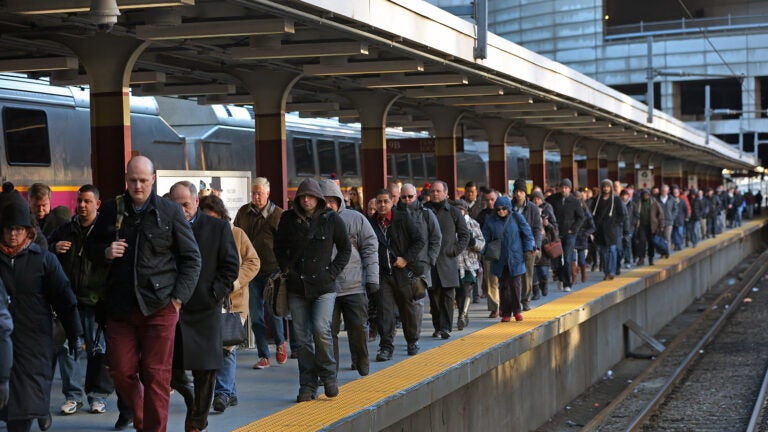