Your cubicle does not need to be the cold, gray, dreary box you may have grown to know (and hate).

Turns out, spicing up your workspace can make you a happier, healthier, and more productive worker, according to researchers who study how working environments impact workers’ well-being, creativity, and productivity.

Boston.com spoke with Dr. Craig Knight from the University of Exeter, who has studied the psychology of working environments for 12 years, and Alan Hedge, a professor in the Department of Design and Environmental Analysis at Cornell University, about how employees can build a better cubicle.

Here were their tips:

Turn the heat up.

“Most offices are kept way too cold,” said Hedge, especially in the summer. This sentiment became the center of a heated debate last August when a flurry of articles circulated about why so many workers, especially women, felt frozen to their cubicles while outside it might be a balmy 95 degrees.

The New York Times finally got to the bottom of the mystery, shedding light on a study that found most office buildings set temperatures based on a decades-old formula that uses the metabolic rates of men. The scientists who conducted the study — two men — advocated to “reduce gender-discriminating bias in thermal comfort” so women didn’t have to keep wearing Snuggies at their desk and could get down to business.

Hedge’s research shows workers are more productive when warm, so he advocates that workers ask their manager or maintenance to raise the thermostat to 74-76 degrees to feel comfortable.

And the lights down.

If you’re staring at a computer screen all day, you probably don’t need your office to be super bright, so ask a superior if you can turn down some of the office lights — especially if you have access to windows. Not only is this environmentally friendly, but research shows that creativity thrives in darkness.

Hedge also said workers should make sure their monitor is free of sun glare, and dim enough so that it doesn’t hurt to look at for long periods of time.

Knight has extensively researched the psychological benefits of having plants in offices, and said having one on your desk can increase your sense of well-being and lower stress.

Just make sure whatever plant you bring into the office is non-allergenic, so any sensitive co-workers don’t end up sneezing.

Most offices look like “turtle farms,” Hedge said, because workers sit hunched over their computers or tablets, putting them at risk for strained necks, sore backs and shoulders, foggy brains, and disc damage.

If you don’t have one already, request a standing desk, which can break up your day and help prevent much scarier health risks such as heart disease, colon cancer, mushy abs, and poor circulation. Some studies have even shown that workers using standing desks were more productive than their sitting counterparts by 10 percent.

Bring in some personal mementos or artwork.

Much like plants, having personal pictures or artwork near your desk can increase your happiness at work, Knight said.

“There is a real tendency to opt for sanitized, lean workspaces, designed to encourage staff to just get on with their work and avoid distraction,” Knight explained to The Guardian recently. “But there isn’t a branch of science in the world which believes this approach boosts productivity or makes for happier workers. If you enrich a space people feel much happier and work better; a very good way of doing this is by using art.” 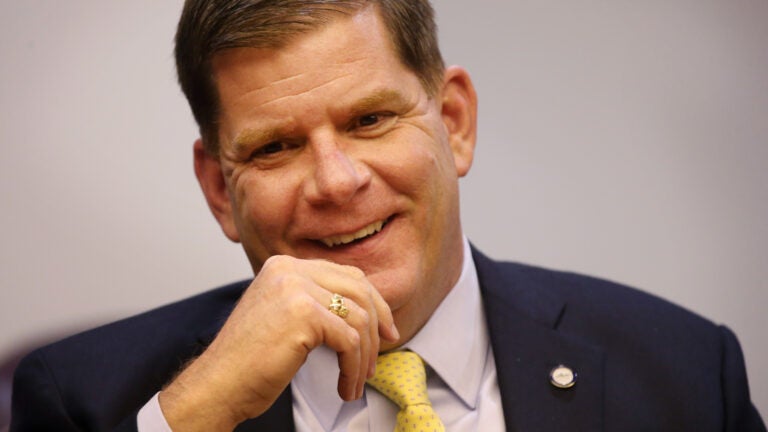