“I love penguins,” Scolnik said. “The summer after freshman year, I applied for an internship at the New England Aquarium’s penguin exhibit.”

But Scolnik had taken an engineering course at the Massachusetts Institute of Technology that year as part of a seminar on wheelchair design for developing countries, and the class altered her. She turned the penguin internship down, instead accepting a fellowship from MIT’s Public Service Center that sent her to Tanzania. 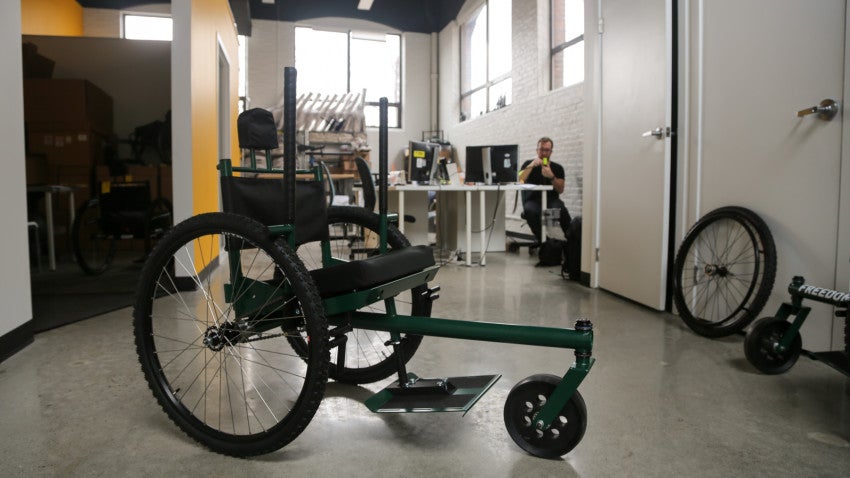 Most wheelchairs are tiring to push, hard to use off-road, and even harder to fix. Plus, they’re expensive.

“That was the point where I decided,” Scolnik said. She was going to design a better wheelchair.

Scolnik is the founder of GRIT, a social enterprise startup based in Cambridge that “reinvented” the wheelchair so that users could travel easily over rugged terrain.

With the help of hundreds of wheelchair riders from around the world, mobility-focused nonprofits, seating experts, occupational therapists, and outdoor enthusiasts, the GRIT team created the “Freedom Chair,” a wheelchair that can traverse pavement as well as rocky paths.

Boston.com spoke with Scolnik recently about how she turned a class project into a career. 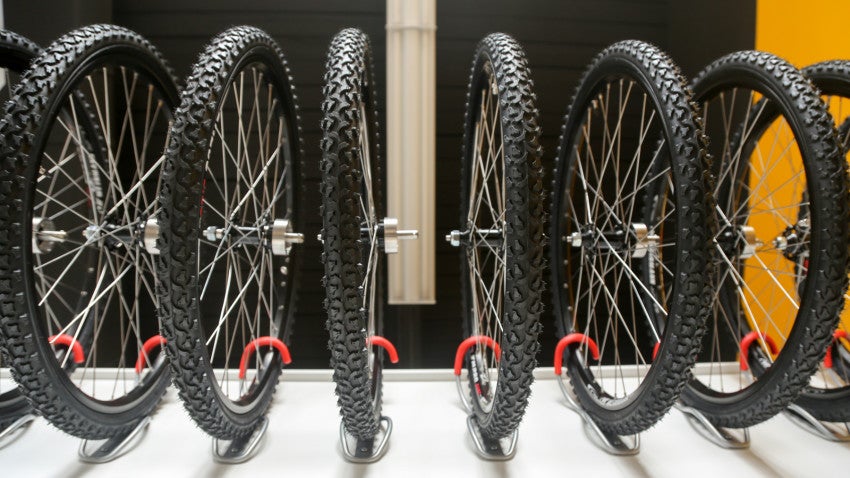 GRIT studied biomechanics and looked at different ways to maximize the power they could get out of a wheelchair rider, discovering that push-rim wheelchairs were very inefficient.

Where did the concept of the “Freedom Chair” originate?

That’s where I met the co-founders of GRIT and learned about engineering wheelchairs. I spent time in Africa with wheelchair manufacturers and some NGOs organized for people with disabilities. 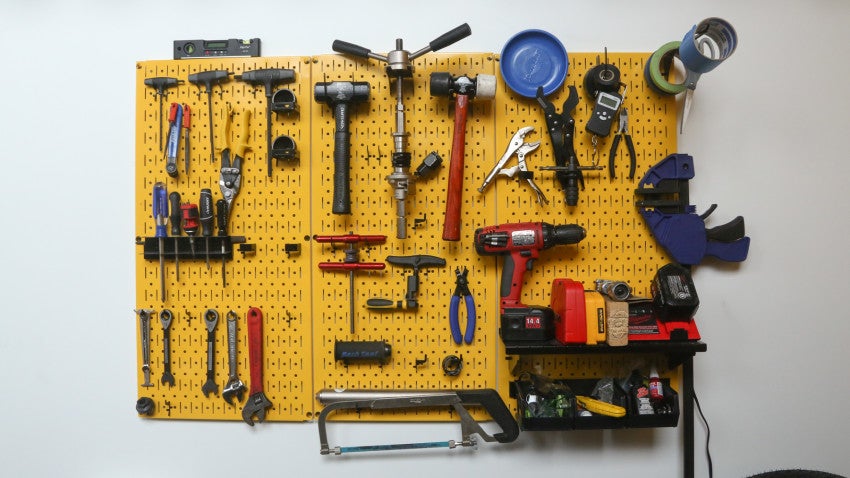 GRIT is located at 56 Roland Street in Boston.

And when did the research project evolve into a company?

All of us were spending time prototyping things and spending summers testing overseas and getting feedback from wheelchair users, and in 2012, we entered MassChallenge [a global startup competition and accelerator program.] That transformed it from a student project to an actual startup.

Me and Mario Bollini were the co-founders. A number of students at MIT contributed in some way but we took the reigns. At the same time as we were prototyping overseas, we found we had a product people wanted to buy and use.

I don’t think anyone could have predicted this. I certainly couldn’t have. 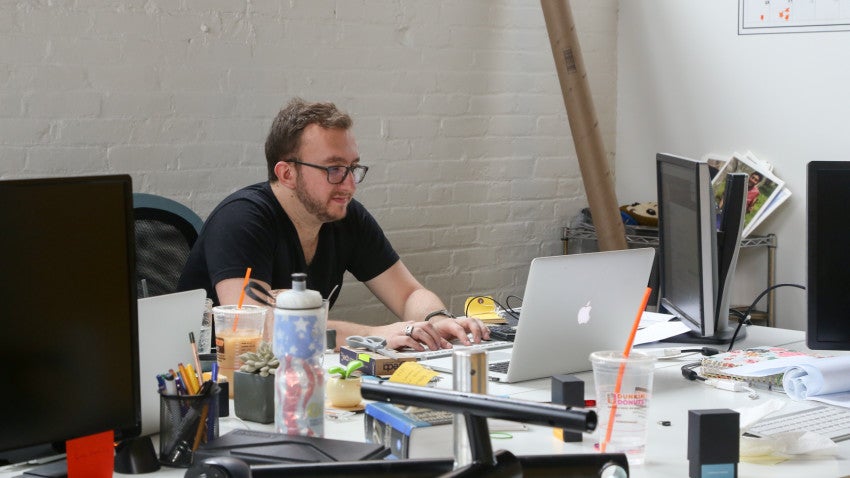 Mario Bollini is the CTO of GRIT.

What sets the Freedom Chair apart from other wheelchairs?

Its versatility. It’s designed to handle a variety of terrains, but it’s compact enough to throw in the trunk and get to and from whatever place you’re going. In the U.S., most daily wheelchairs are okay for indoors but not rough terrain, or they’re very sports-oriented, like made for wheelchair basketball or tennis, or hand cycling. But there wasn’t anything for general trails and beaches. This wheelchair is less about the competitive aspect and more about getting out with friends and family. 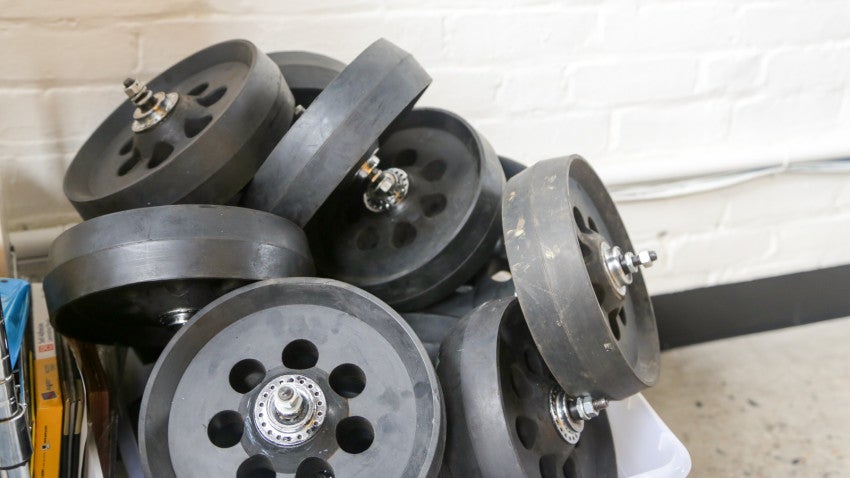 There are two versions of the Freedom Chair. The original version was developed for humanitarian purposes and another was launched in the U.S.

Who are your primary customers?

Mostly people with spinal cord injuries, but in the U.S. market, individuals with multiple sclerosis, cerebral palsy, amputees, and individuals with other types of neurological disorders use it. Many can walk short distances with a cane or crutches, but others are in wheelchairs full-time.

How many wheelchairs have you sold?

80 in the U.S. and overseas, about 2,000. We sell all over the world to NGOs and foundations that ultimately decide where they go. Last year, we sold them to about half a dozen different countries.

Our focus right now is clearly on the U.S. market because in startup speak, it’s our shortest path to sustainability. 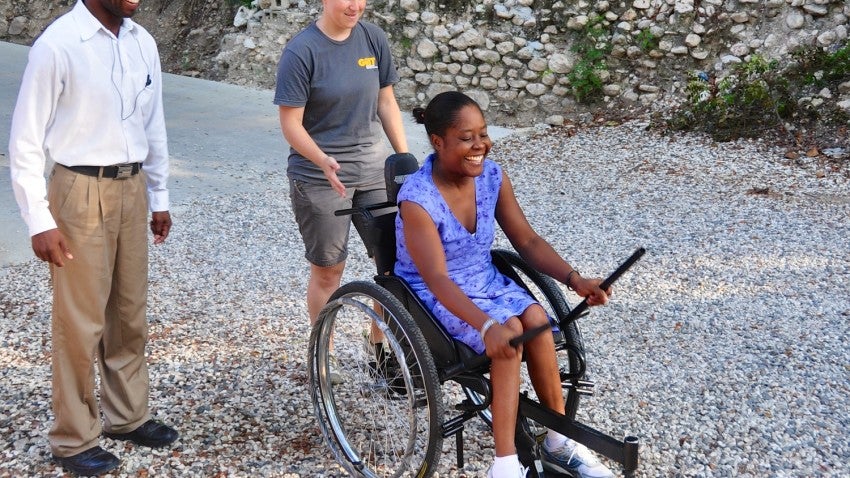 As students, GRIT worked with wheelchair riders and manufacturers in Kenya, Tanzania, Uganda, Guatemala, and India.

What’s a typical day like for you right now?

It definitely varies. Right now, it’s a lot of raising awareness of the product, traveling to do a demo with organizations interested in purchasing wheelchairs, or answering phones and talking to potential customers interested in buying one. I’m also balancing the books and making sure bills get paid.

It’s kind of awesome. I get to do so many different things. I think being a small company as we are now, I get to do really high-level long-term strategy but also get to talk to customers on a daily basis. I’m not removed from that process. Now I don’t do as much assembly any more, like getting my hands dirty, but I still work with people using our product. 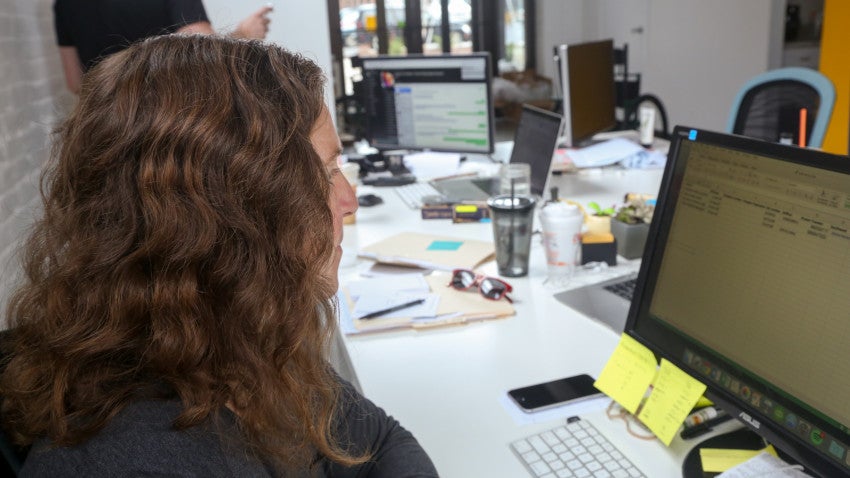 Part of it is always having to do so many different things that I wasn’t necessarily trained to do and feeling confident about it. Some things you know you need to hire an expert for, but some things you know you can bootstrap and do on your own. Like for example, we knew we had to hire someone to draw up a patent for intellectual property. We came up with the patent and did all of the engineering and design, but we needed to hire a patent lawyer to fulfill our application.

What’s the most meaningful part of your job?

Helping people. Getting to hear from customers doing things they used to do but couldn’t anymore because of an accident. Hearing from them and hearing their stories definitely keeps me going.

People say they’re getting exercise they never would have gotten and can participate in activities with their family they may never have gotten to do. They’re going all sorts of cool places. One customer hadn’t been to the beach in years and over the summer, he got a Freedom Chair from us and went to beach and saw turtles hatching. 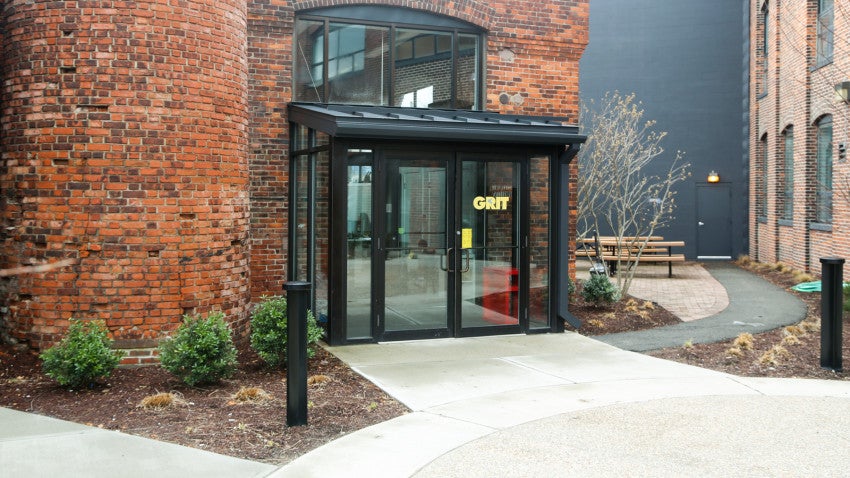 GRIT describes the Freedom Chair as “a mountain bike, for your arms.”

I like to cook. I also recently started doing a couch-to-5k thing so I’m feeling pretty good. I just hit 4 weeks!

Where would you like to see yourself 10 years from now?

It would be awesome to see GRIT grow and see people using Freedom Chairs all over the country and all over the world. Right now I know all of our customers, but it would be great to get to a point where we were helping so many people that I wouldn’t know all of them. 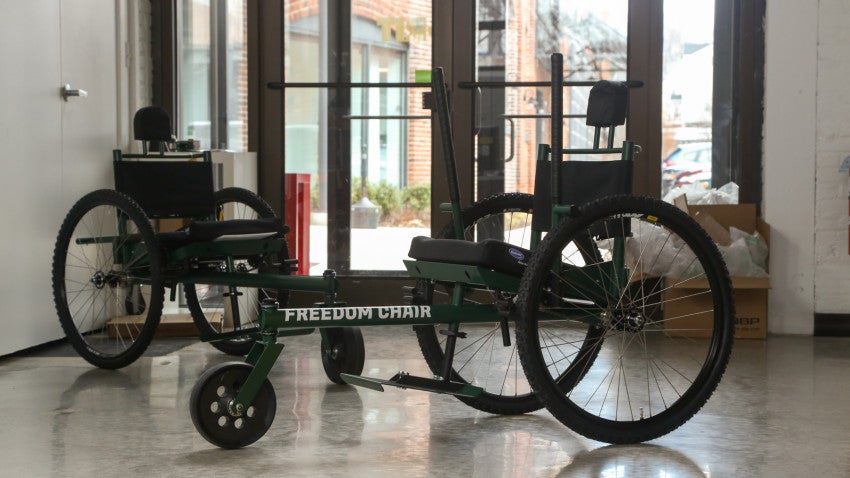 GRIT is currently focused on expanding their U.S. market. 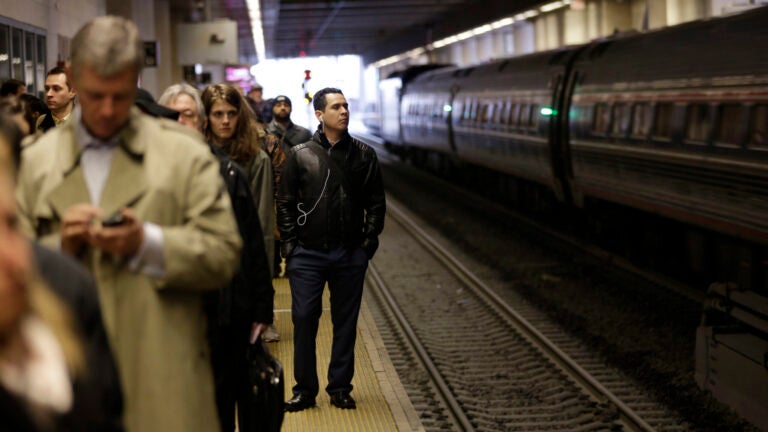