When you think of art at the Museum of Fine Arts in Boston, you probably picture its Impressionist masterpieces by famous artists like Monet and Renoir, or perhaps its vast array of Greek and Roman sculptures.

What you might not expect: experimental short films from Argentina, Chile, and Brazil; cooks in the museum restaurants preparing meals with cultural significance; or, how about a Guatemalan artist parking an SUV in front of the museum and having the car deconstructed around her?

If you saw any of those examples of contemporary art over the past few years, you have Liz Munsell to thank. 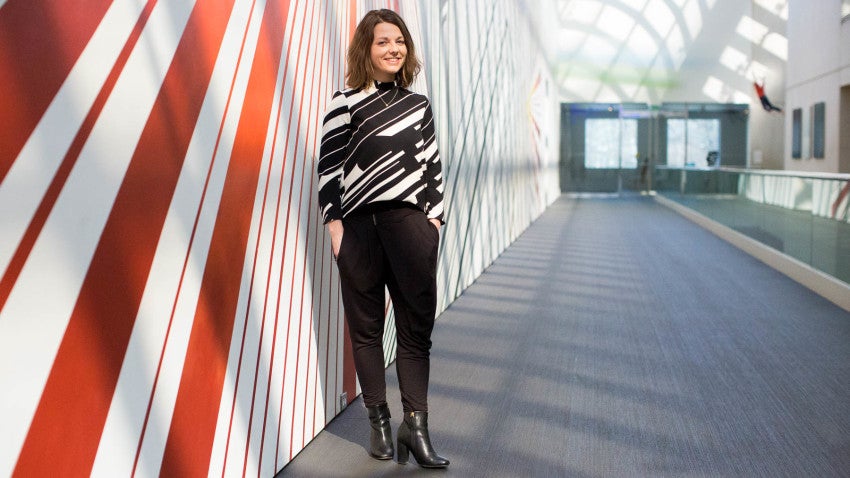 A Fulbright Scholar to Chile in 2006, Munsell holds a masters in cultural studies from the Universidad de Chile and a B.A. from Tufts University in international letters and visual studies.

Munsell, assistant curator of contemporary art & special initiatives, has instituted a number of new programs in video art and performance since joining the MFA in 2009.

She’s tasked with ushering in a new wave of performance art while keeping the cultural institute’s programming relevant — “cool,” if you will. Munsell has not shied away from the job. In fact, she absolutely loves it.

Boston.com met with Munsell recently to talk about her job as a curator of contemporary art at one of the most visited museums in the country.

I am a contemporary art curator. I work with nonconventional media, meaning I am less into painting and more into performance art, video, and sculpture, and their relationship to space.  My curatorial practice is experimental.

Museums are places with long histories but also places that want to be on the mark in the present, and stay relevant to what contemporary artists are doing in their own practices.

I consider myself a maker. I make exhibitions and experiences in space. I studied to be an artist briefly, and I think a lot of us who are in this field are very creative people. I feel like my training as an artist — all the creativity that went into my practice — manifests itself in how I think about space in the museum.

My job is incredibly varied. Everything is pretty hands-on, jumping from exhibits that are in temporary locations taking place over the course of a week, versus an exhibition that’s going to be on view for six months. I shift between objects and experiences in that way. It all requires the same level of careful coordination between many departments in the museum. 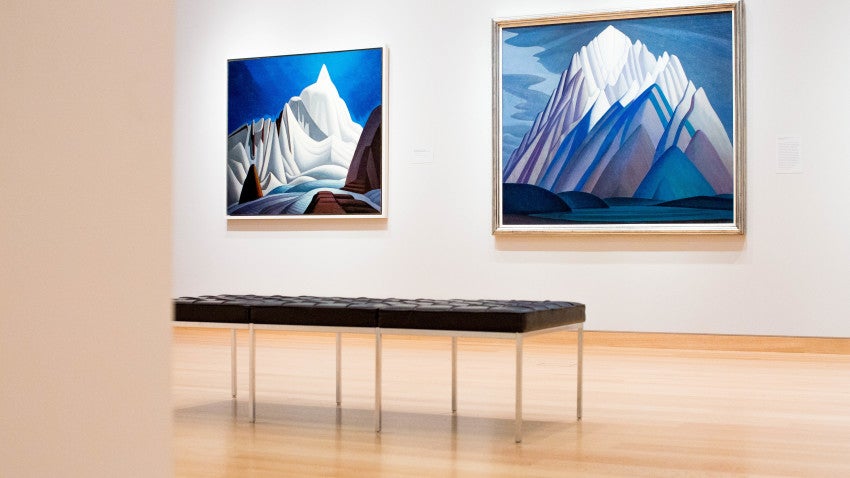 One of Munsell’s most recent performance art projects has involved working with choreographer Robert Binet, who created a seven-minute dance piece called “Lake Maligne.” The piece was inspired by works on view in the MFA’s exhibition “The Idea of North: The Paintings of Lawren Harris.”

What kind of art did you make as an artist?

I was a photographer, and did some video and urban intervention-based work, meaning public art.

I studied urban art interventions in Chile that took place in the 1970s and 1980s under Pinochet’s dictatorship. Artists were censored so they used public space and formed collectives so they would be anonymous. I did my masters thesis on it in Chile at Universidad de Chile.

I was always interested in public art because I think that art should engage and be in relation to a public. I think art that puts itself in public spaces is a very generous way to do that. I also consider the MFA a public institution founded on the idea of education and the creation of experiences with art. 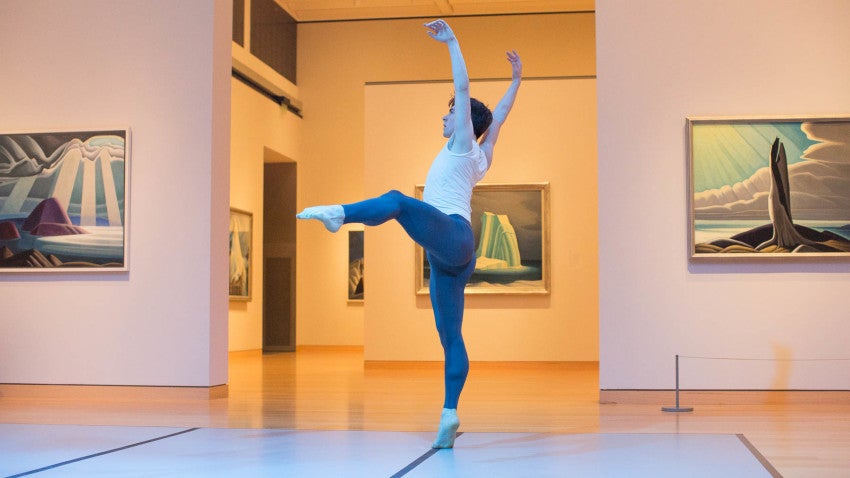 What does it mean to “curate” an exhibit?

Every piece is different, especially in the area of performance art. I do a lot of research in the field, looking at work and exhibitions and performances, and meeting with artists. Generally, I approach an artist and ask them for an idea.

A question might be like, “Do you have any works that engage in a museum context?” And then we develop a proposal together and make sure we stay true to their ideas and the piece can work for our timeline and space. And then we bring in our exhibitions team to detail the timeline and steps, and bring in conservators who ask questions like, “Are the light levels okay for the paintings?”

Then, it’s about getting the word out, shaping the narrative so that the public can understand it. That’s extremely important to me. I mean, why are you doing what you’re doing if nobody comes? 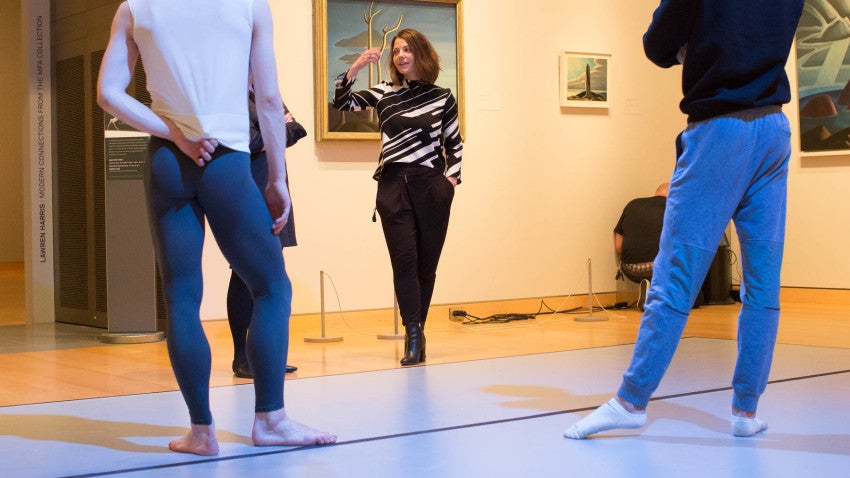 Munsell said “Lake Maligne” breathes life into the paintings of Lawren Harris, which surround the dancer as he performs.

Earlier, you mentioned a shift in contemporary art. How has that influenced your job at the museum?

Pretty much since 1960, artists became concerned with the relationship between art and life rather than art and white box gallery spaces. That precedent really intensified art as experience. We’re not a society that makes objects anymore. We make experiences. And so the museum, while its collections are its heart, today it has to provide an experience of them in a way that’s really different from even 10 or 15 years ago.

So, I’m a mediator between the artists and the institution, but also a collaborator because when artists bring a performance-based work in part to the museum, certain things about it may need to change to adapt to the context of the museum. If I invite an artist who works with paint in their performance, I can only have it in a certain space and it might not have been the space the artist had in mind, so the aesthetics of the piece shift. 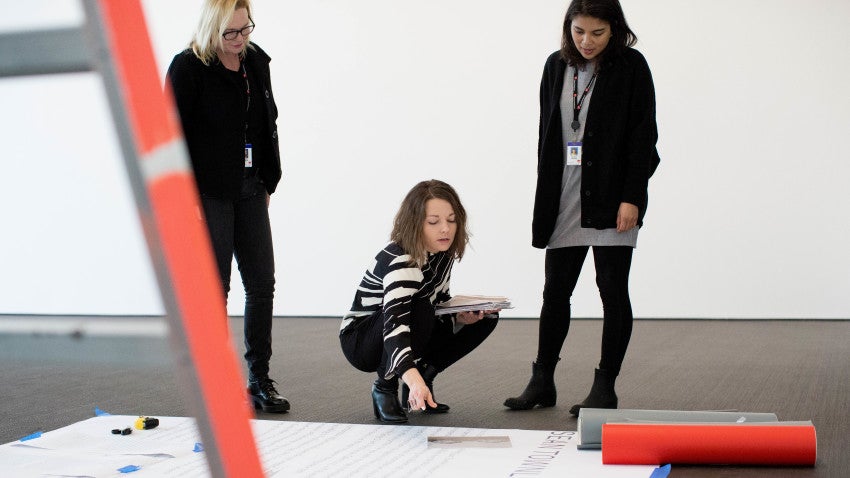 Munsell said she feels lucky to truly love her job.

Today, I had an 8:30 a.m. arrival with a performance rehearsal till 10 a.m. Then, I had meetings with the exhibition design department to go over floor plans for an upcoming exhibition. Then it’s a meeting with the lectures, courses, and concerts department to go over programming, asking questions like, “Are we going to do an artist talk for the upcoming exhibition?” and “What performance are we going to do?”

But Friday, I’ll be in Chelsea looking at installations and paintings for an upcoming exhibit proposal, meeting with an artist in the afternoon, then seeing a performance that evening. Travel is really important to my job. I travel a lot, mostly within the Americas.

Art events are important to be at, like the Havana Biennial, because it’s a good opportunity to see a lot of different artists in one space. Events like that are research for the museum. If you don’t see the work in the flesh, you really don’t know how good it is.

Did you always want to work with art?

I did. I was also interested in politics. My first major in college was international relations.

I’ve always been into different cultures coming together. Growing up in the U.S., my mom made me learn Spanish at a young age. That shaped who I came to be. I did Latin American studies, and worked in the labor movement at Tufts University where I got my B.A., then got a Fulbright scholarship to go to Chile. In the U.S. especially, we are so lucky to be a multicultural society and I think the MFA and its encyclopedic collections is a great place to show different cultures coming together.

What’s the hardest part of your job?

It’s all pretty hard. Shifting between the different headspace of logistics versus creative production and creative thinking is hard. They’re very different areas of the brain and balancing them is difficult. 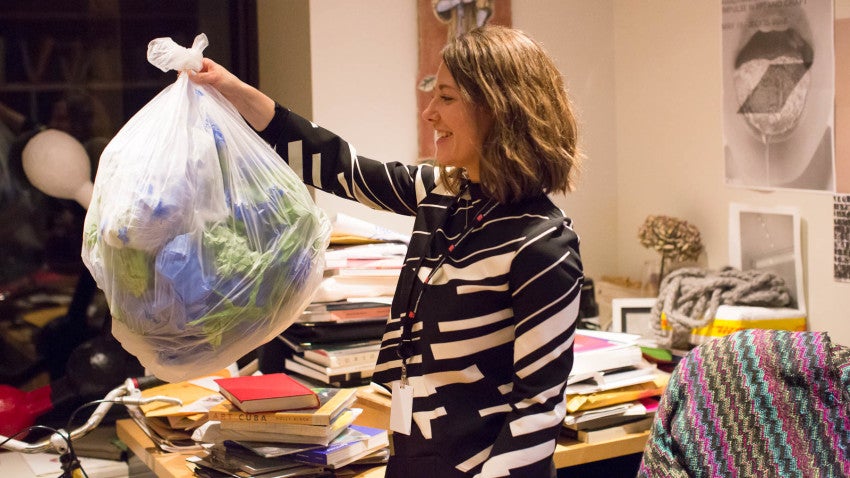 Here, Munsell holds up a bag filled with crumpled up painter’s tape. She said she can’t throw it away because it was a part of a piece she curated featuring work by performance artist Marilyn Arsem.

What about the most rewarding part of your job?

Seeing the public engage with the work. For sure, by far, hands down. And just being in the space every day is such a privilege. Being surrounded by centuries of the finest artistic production from all over the world.

I work out…I don’t unwind a lot, I’ll say. I’m one of the few lucky people in the world probably whose passion is their work.

But that creates for a difficult division between work and life. I live my work because I love my work. I don’t watch television. I listen to music for sure. I’m a big fan of Hip Hop and Latin American music. I like to dance. Being with friends is definitely a big unwind for me. Also, the beach! I’m from the Cape too, so I grew up in the water.

You can see Robert Binet’s “Lake Maligne” in the MFA’s Lawren Harris exhibit till Sunday, April 10. 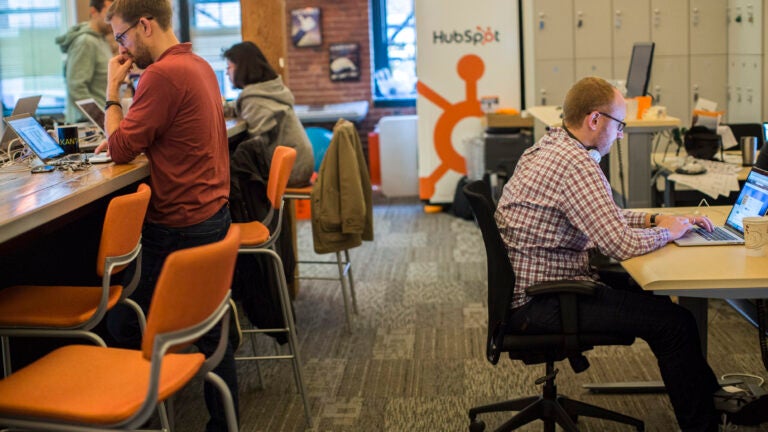