At Del Frisco’s Double Eagle Steakhouse, located in Boston’s Seaport District, it wouldn’t be inconceivable to catch a glimpse of Kate Hudson sipping pinot grigio as you dine on a $60 steak.

The chain restaurant, which specializes in opulent decor, prime steaks, and fine seafood, caters to businesspeople, Boston’s wealthy, and the occasional movie star. Hudson has eaten there, as has Cam Neely of the Bruins, the entire New York Jets team, and Hulk Hogan, who ordered a Duckhorn merlot, if Jonathan Rodrigues, the Double Eagle’s newest wine director, remembers correctly. 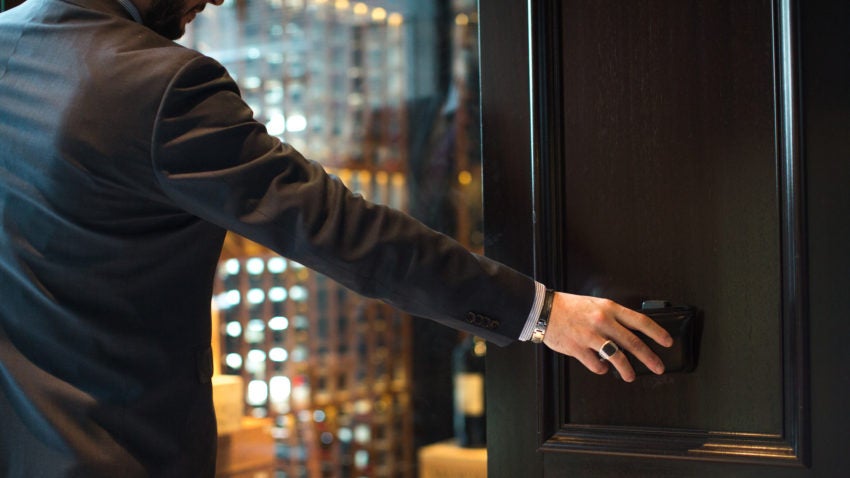 The most expensive bottle of wine Rodrigues has ever sold was $10,000. It was purchased by Mark Rosen, CEO of SharkNinja.

Rodrigues started in the restaurant industry as a server. Now 30, he’s charged with overseeing an ever-changing list of 1,500 wines, 75 staff members’ wine education, and three sommeliers.

“Coming out of college, I knew I had to make fast money, so I started in the restaurant industry and kind of started liking it more and more,” Rodrigues told Boston.com. He worked as a server at Top of the Hub prior to joining Del Frisco’s. “After getting involved in the wine world, my aspirations changed from to wanting to be a general manager at a restaurant to wanting to be a wine director.”

While wine directors’ job titles are sometimes used interchangeably with sommeliers, their positions are pretty different. Sommeliers describe and choose wine options for diners, which wine directors can also do. But in addition, directors manage wine choices and stocking for an entire restaurant chain or hotel group.

It’s a lot of responsibility.

Rodrigues estimates he works more than 50 hours per week, and said a typical day involves getting to Del Frisco’s around noon to do list management before walking through the wine collection to check inventory levels and make orders if necessary.

Then, Rodrigues constructs the class schedule for new sommeliers and arranges staff training or blind tastings. Once the other sommeliers arrive, he meets with them to prepare for the dinner rush and organize the cellar. Then it’s go time. 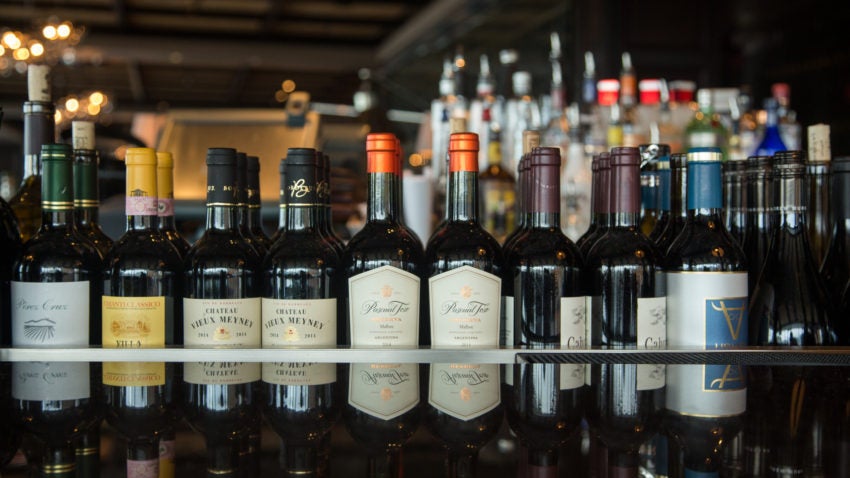 Rodrigues majored in philosophy at the University of Massachusetts Dartmouth.

“We joke and say all the time that there are not enough hours in the day, but it’s true,” Rodrigues said.

And the nature of the service industry means new challenges are popping up all the time.

“I was a sommelier here before, and helped the wine director before me as much as I could,” Rodrigues said. “But there are all kinds of curveballs when ordering, like if something is out of stock.”

For some guests, a slight change in the vintage the restaurant carries could be bothersome. If they ordered a 2010 and Del Frisco’s just switched to 2011, Rodrigues would have to deal with their frustration.

While most restaurants have adopted an iPad wine list that can be easily altered, Del Frisco’s is printed monthly, so errors can occur.

Though the Cambridge native enjoys the Double Eagle’s swank culture, Rodrigues said he shuns the idea that sommeliers and wine directors are snobbish by nature.

“There’s that whole term ‘cork dork,'” Rodrigues said, laughing. “Sometimes people hear ‘sommelier,’ and think of a pompous person, like, ‘I know more than you do and I’m going to tell you how it is.’ But probably what made me fall in love with the role was sitting with master sommeliers who visited and were everyday normal people who didn’t come across like that at all.” 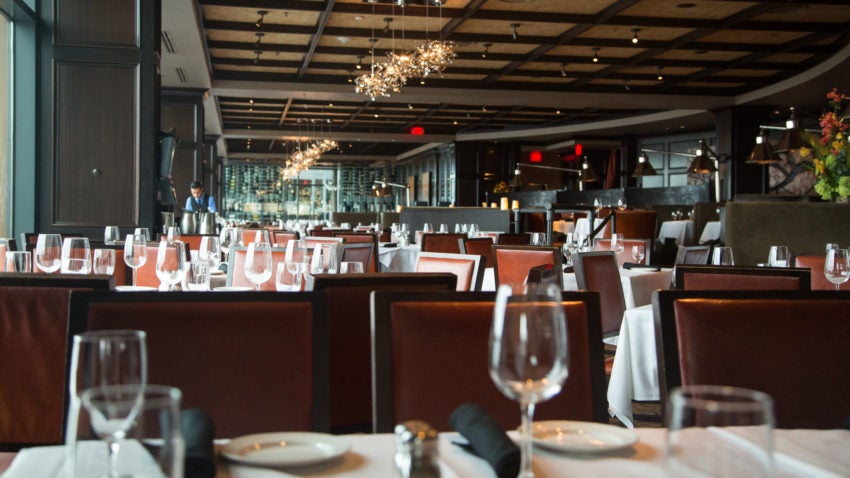 Rodrigues said many customers ask for popular wines from California, Italy, and France.

So, what do sommeliers and wine directors have to know about wine? Rodrigues said it varies.

“I’ve met sommeliers that focus in on more obscure varietals, but that’s not something I’m as interested in,” he said. “Being in a steakhouse, there are specifics and big names people ask for. Those are the ones you want to know and know about those winemakers’ history and vintages, how they got their start.”

It’s also important for Rodrigues to know which wines pair best with which foods.

A general rule of thumb, he said, is to couple wines and foods that come from the same region, or match the flavors and potency of the wine to the the food you’re serving. That’s why Pacific Halibut tastes good with California chardonnay, and red Bordeaux pairs well with lamb.

To keep up-to-date with his wine knowledge, Rodrigues constantly keeps track of what’s selling and what’s not, and what the customers are asking for most. He reads Wine Spectator religiously, but said he doesn’t personally subscribe to the numerical point system that’s become a popular way for wine aficionados to communicate their opinion of a wine.

“I definitely pay attention to the scores because high-scoring wines will get asked for, but as far as personal preference, I’m always up for trying something new,” Rodrigues said. “A score to me is someone else’s thoughts on the wine, not my own.” 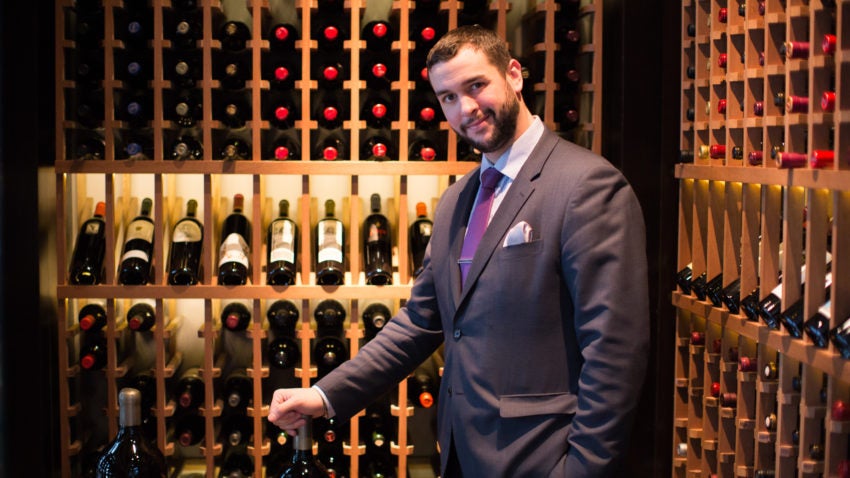 Rodrigues said the best part of his job is interacting with customers who are similarly passionate about wine.

While the wine director wouldn’t choose a specific bottle, he said he leans toward Old World-style Bordeaux, which he’d pair with a 16 ounce bone-in filet. But Rodrigues said he’s well aware everyone has a different palate.

“I usually ask, ‘If you were home right now, what would be your bottle of choice,'” Rodrigues said. “And if you’re going for the cheapest bottle on the list, that’s fine. Sometimes people don’t want to talk with me. I’m not very intrusive.” 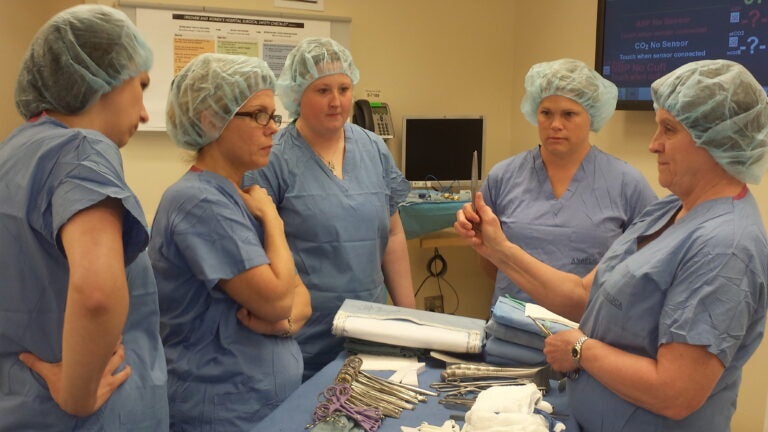